BBC 100: a century of UK broadcasting 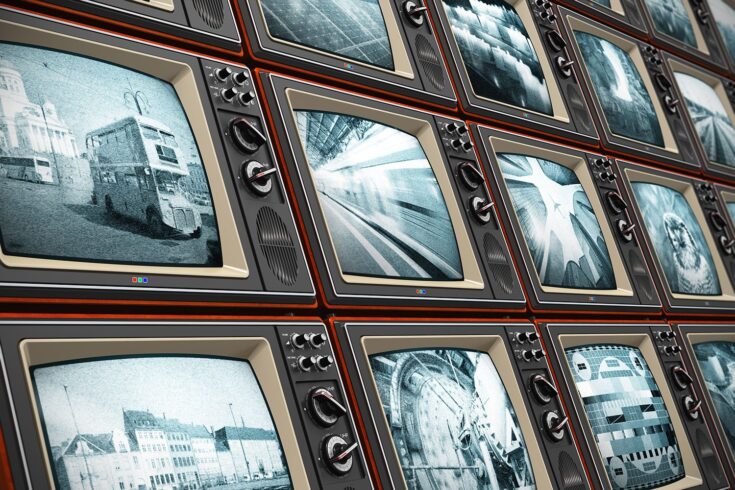 The British Broadcasting Corporation (BBC) is 100 years old this year. A centenary provides the ideal opportunity for reflection on the long story of the oldest broadcasting organisation in the world and the future of how we, as individuals and collectively, engage with broadcast content in the future.

Over the course of the last 100 years, the BBC has become integral to our collective cultural life and has played an important role in telling the UK’s story since the very first broadcast moment back in 1922, when the BBC began its first daily radio service in London.

AHRC’s programme of public engagement activity throughout 2022 will see arts and humanities researchers engage people with research about the history and future story of broadcasting in the UK.

The BBC’s broadcast ecosystem has touched every corner of the four nations of the UK, creating a sense of commonality and community, from the ‘iconic’ pips, the bells of Big Ben and pioneering soap operas and documentaries to the important role that local radio and TV has played in connecting communities during the COVID-19 pandemic.

Right from its earliest days, the BBC has been at the forefront of many of the biggest technological changes that have affected the way that we consume content and live our lives, from the introduction of colour TV in the late 1960s to the ground-breaking iPlayer. In the first 20 years of the 21st century the pace and winds of technological change have increased with the streaming services, podcasting and ability to connect on the move via smartphones.

Dr Marcus Collins at the University of Loughborough is the AHRC’s BBC 100 Engagement Fellow. His engagement activities throughout the year, which will involve collaborating with partner organisations, will focus on the 1960s exploring the role of the BBC in the story of a decade of huge social and cultural change.

Highlights from the year include: 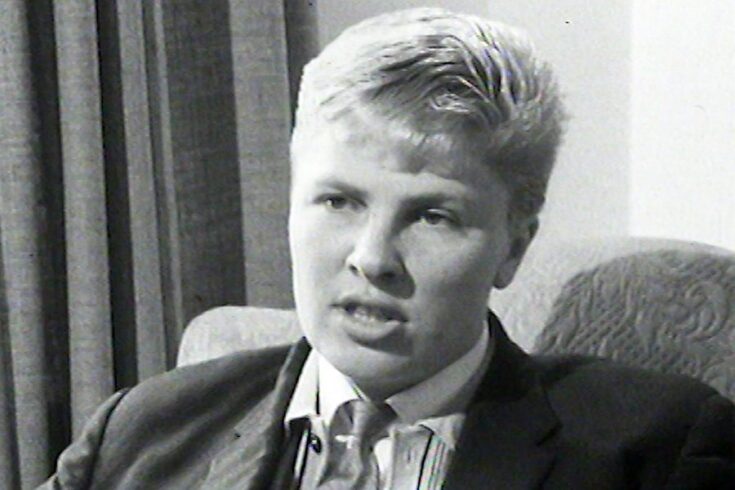 You can keep up to date with Dr Collins’s activities throughout the year by following him on twitter via @elhistorioso.

We are funding seven public engagement projects across the UK where researchers will work directly with the BBC, and other partner organisations, to engage public audiences with their research about the BBC – including projects on ‘Strictly Come Dancing’ and ‘Call the Midwife’. These projects are both place-based and thematic, and will see researchers engage with communities.

A significant number of the projects explore issues around diversity and inclusion, including the representation of black women, the LGBTQ+ community and the Deaf community on screen and in radio.

These projects aim to give voice to a wider representation of the UK, to find out how the BBC has impacted their lives, and to use their findings to influence future programming in broadcast media. Public audiences will be invited to participate in a range of activities, including:

The programme is being delivered in collaboration with the BBC and the National Science and Media Museum. It will run from spring until the autumn, and you can read more about each of the projects on the BBC website.

AHRC is providing the funding for the University of Bradford to deliver a BBC 100 hub as part of the annual Being Human Festival in November (this is a nationwide Festival of the Humanities delivered by the School of Advanced Study, University of London in partnership with the AHRC).

Researchers at Bradford will collaborate with partner organisations across the city and West Yorkshire region to run a programme of creative and innovative activities, where researchers will go off campus to engage with communities and get them actively involved in research. The National Science and Media Museum will be part of the Festival too. 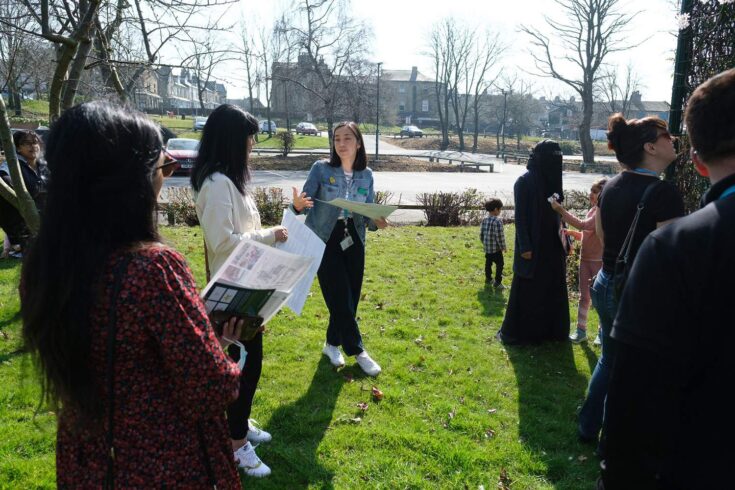 The centenary of the BBC provides a canvas to explore the broader future of the broadcast media. It is a sector where innovation is constant and viewing habits having changed beyond recognition in the 21st century, with the introduction of new technologies and streaming services.

AHRC will be collaborating with XR Stories (one of our nine Creative Industries Clusters, based at the University of York) on a public engagement programme that will engage young people in West Yorkshire around the future of the broadcast media, new technologies, and new ways of consuming and interacting with media.

AHRC has worked in collaboration with the BBC over the last decade to enable researchers to share their ideas with the public and connect our research community with programme-makers.

There have been three seasons of the New Thinking Podcast. Each season has 20 podcasts presented by New Generation Thinkers, and in 2021 we had a spin-out season of 26 Green Thinking Podcasts that were released in the run-up to the COP26 climate change summit in Glasgow. Each podcast takes a deeper dive into the latest thinking and ideas around arts and humanities research.

2022 will see two Forgotten Diverse Composers concerts which will celebrate the works of seven diverse composers championed by seven researchers. The first of two concerts celebrating their music was aired in February 2022, and a second concert will take place in October. As part of this collaboration with BBC Radio 3 and the BBC Philharmonic there will be new learning resources available via the BBC learning section of the website and a programme of secondary school engagement in Salford.