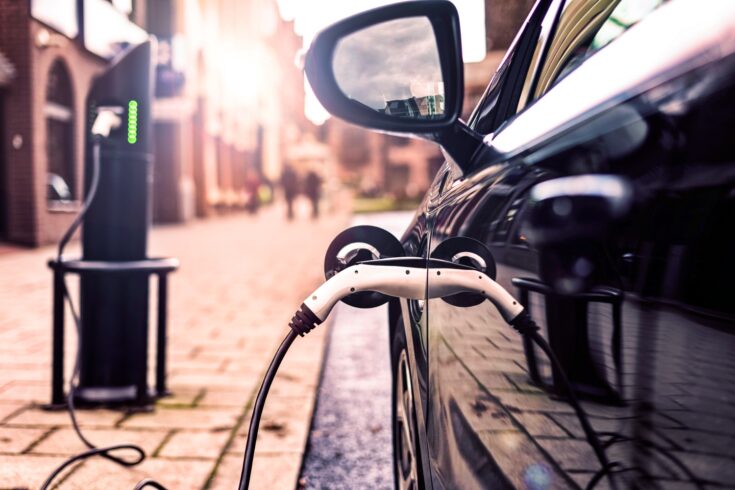 New ways of cooling batteries could encourage more of us to drive electric vehicles.

Electric vehicles (EVs) have made big strides in recent years, both in their design and in the charging stations that are available for them.

So what’s stopping us all from going electric?

When asked, people most frequently raise concerns over the time it takes for EVs to charge.

We all have an idea of how quickly our petrol cars take to fill up, and until EVs’ charging times get close to this, they will always be at a disadvantage.

Aiming to do something about this is the Immersion Cooled Battery (I-CoBat) project.

I-CoBat is supported through the Industrial Strategy Challenge Fund (ISCF), as part of the faraday battery challenge.

Battery cooling has long been a stumbling block on the road to faster charging of EVs.

Fast charging can indeed reduce waiting times for EV drivers, but it makes batteries hotter than they get under normal driving conditions.

Getting too hot could mean batteries ageing prematurely, or failing altogether.

I-CoBat has been testing the viability of new cooling techniques for EV batteries.

It knew MIVOLT had potential for efficiently cooling batteries through immersion (immersion cooling being a promising alternative to existing techniques, such as air cooling).

The problem was the amount of liquid that this would take and the weight of that liquid.

During the I-CoBat project, M&I has teamed up with engineering consultancy Ricardo Ltd.

Ricardo Ltd has designed an innovative module that sits on an EV battery like a jacket, and directs the coolant only to where it is needed, meaning that much less liquid is required.

A large part of I-CoBat has involved simulations and tests to see how well these methods perform.

Tests carried out by project partner WMG at the University of Warwick have shown that the new immersion cooling techniques enable EVs to charge 43% quicker.

Just as importantly, tests carried out at the University of Liverpool showed no unwanted reactions between the MIVOLT liquid and the internal chemistry of batteries.

For M&I, the I-CoBat project has already led to further collaborations with EV manufacturers, who are interested in making immersion cooling work with their own particular batteries.

In January 2021, for example, it was announced that MIVOLT would be used by California-based mobility specialists Faraday Future, in the battery pack they have developed.

Further projects are looking at possible applications in the aerospace sector.

As an SME, working with the support of the ISCF’s faraday battery challenge and being able to use the facilities and research know-how of our partners has meant that we could get much quicker to where we wanted to be.

The opportunity to work with renowned companies like Ricardo and research partners such as WMG has really raised our profile, too.

With the positive results of I-CoBat, we’ve shown that there are no show-stoppers that would prevent these techniques from being used.

With immersion cooling, we can get charging down to less than seven minutes for 200 miles in range: enough for you to plug in your EV, go and have a coffee, and have enough charge to be well on your way.