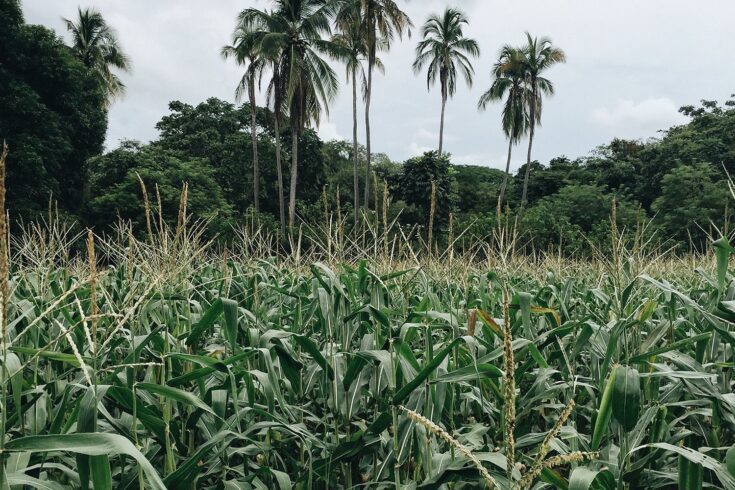 Preventing food loss is vital. It’s predicted that 60% more food will be needed worldwide by 2050 to feed the increasing global population, and in the UK, 51% of food wasted is lost before it even reaches consumers.

According to the Food and Agriculture Organisation of the United Nations (FAO), food loss is “the decrease in edible food mass throughout the part of the supply chain that specifically leads to edible food for human consumption”, including the production, postharvest and processing stages. Whereas food waste is food loss that occurs “at the end of the food chain”, i.e. during retail or final consumption.

Food loss can be down to many things. Fundamental physiology of crops, pest and pathogens, the poor control of post-harvest biology, as well as productiveness and appropriateness of the control systems applied.

So what are our plant health researchers doing to help tackle food loss? We take a look at three areas where real impact is happening.

Rising demand for food places pressures on supply, as well as climate change threatening our global food security. So what can be done?

Step forward the Horticulture and Potato Initiative (HAPI). HAPI is an initiative that invested in research in the UK horticulture and potato sectors. Running from 2013-2019, HAPI was set up by the Biotechnology and Biological Sciences Research Council (BBSRC), with support from the Natural Environment Research Council (NERC) and the Scottish Government, in response to vital industry needs. British farmers, for example, provide 95% of all potatoes, excluding frozen processed products, consumed in the UK and continue to seek more improvements in productivity and sustainability.

That’s why the £9 million-funded HAPI projects have been important for addressing food loss. Professor Jonathan Jones, along with Dr Marina Pais at The Sainsbury Laboratory, worked in partnership with researchers at the University of Leeds and their industrial partners J.R. Simplot Company (US) and BioPotatoes Ltd to lead a study that used genetic engineering techniques to reduce pre- and post-harvest losses in potatoes. In another HAPI project,Dr Frank van den Bosch and his team at Rothamsted Research, for example, successfully integrated deployment of host resistance and fungicides to sustain effective crop protection. Thanks to Professor Jones and his team at the Sainsbury Laboratory, we now have a better understanding of how to protect crops from pests and disease.

This work will significantly reduce the need for pesticides and lead to fewer crop losses for farmers.

Growing crops can be a precarious business. It is becoming increasingly difficult for farmers to protect their produce from pests, weeds and disease, as conventional pesticides become unusable due to evolving resistance or changes in the law.

That’s why researchers created an app called CROPROTECT. CROPROTECT is a web-based knowledge exchange system that provides farmers and agronomists with guidance on pest, weed and disease management, especially in situations where effective pesticides are not available and alternative approaches are required.

Funded by the BBSRC-NERC Sustainable Agriculture Research & Innovation Club (SARIC), CROPROTECT uses real-time data from growers who, thanks to the mobile phone app, are literally in the field, to help map crop threats and advise on solutions.

From mapping the threat of black-grass and Bruchid beetles to early blight and Charlock, the CROPROTECT app is already having an impact, as Professor Toby Bruce, who coordinated CROPROTECT explained:

The first pest, weed and disease targets have been selected based on number of votes from pioneer users of the system—the information on the system can be rapidly updated and is constantly growing.

Pesticides are chemical substances used to regulate, prevent or destroy plants or pests. For many crops, pesticides prevent losses of 30% – 50%, meaning pesticides directly contribute to food security. But they are controversial. Described by the World Health Organisation (WHO) as intrinsically toxic, pesticides can not only have hazardous effects on habitats and wildlife, but they can adversely affect humans, too. So where can the balance be found?

That’s where biopesticides come in. Producing little or no toxic residue, biopesticides are crop protection agents based on living micro-organisms or natural products, and research into their use is an important area of research with the potential to deliver significant impacts in crop protection.

In 2012, supported by the Rural Economy and Land Use (RELU) programme with funding from BBSRC, the Economic and Social Research Council (ESRC) and NERC, a project into biopesticides was led by Professor Wyn Grant and Dr David Chandler at the University of Warwick. In that project, the two academics developed a ground-breaking series of recommendations to aid the commercialisation of biopesticides and provide much-needed advice to regulators, policy-makers, major UK supermarkets and companies developing new products.

The impact of the recommendations has been long-lasting. The UK supermarket Marks and Spencer, for example, has used the project’s research to improve their pesticide strategy, and the project’s findings also informed European Parliament discussions on biopesticides, influencing policy.

Now, biopesticides are actively used to create a balance, replacing or reducing the usage of some chemical pesticides, helping to protect our environment, now and in the future.