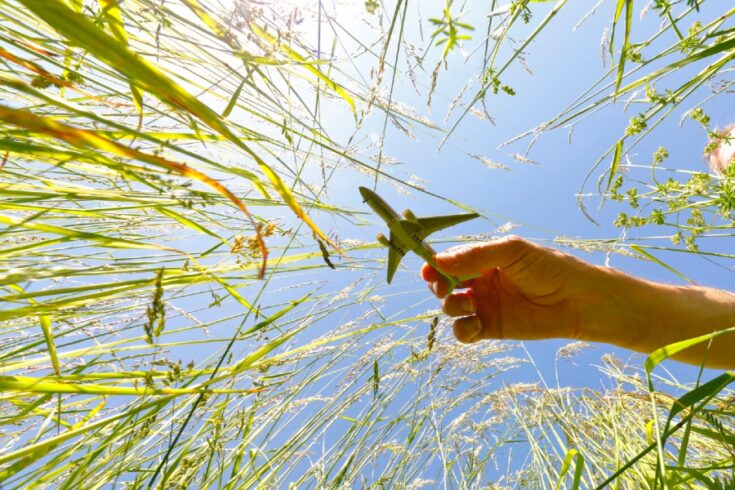 A study conducted by STFC and Reaction Engines set out to create a truly green aviation system based on ammonia fuel.

In 2020, a team from the Science and Technology Facilities Council (STFC) completed a joint proof of concept study with the company Reaction Engines. The study sought to determine whether the company’s innovative thermal management technology could be combined with STFC’s world-class catalysts.

The findings of this study could have huge implications for the aviation industry and the UK target of being carbon neutral by 2050. With a follow-on demonstrator planned, which will integrate the technology into a ground-based test engine, zero emissions flight could be a reality in a matter of years.

The project came about through the Harwell Cross Cluster Proof of Concept Programme that:

Funding is provided by UKRI-STFC and the programme is driven by the Harwell Campus Clusters.

Decarbonising the aviation industry is one of the great challenges of our age. Most modern aircraft are powered by kerosene and the emissions generated from this method of propulsion contribute a significant amount to total global greenhouse gas production.

The new propulsion system was devised by Reaction Engines and investigated by a team from STFC’s:

It would have the potential to efficiently crack the ammonia fuel using heat harvested from the jet engine through ground-breaking heat exchangers.

This would provide a zero-carbon fuel blend of ammonia and hydrogen that burns stably just like jet fuel. The density of liquid ammonia allows for conventional aircraft configurations to be used and it may be possible to retrofit into an existing engine. This would result in a zero-carbon jet that could start serving the short haul market well before the 2050 target currently set by the industry.