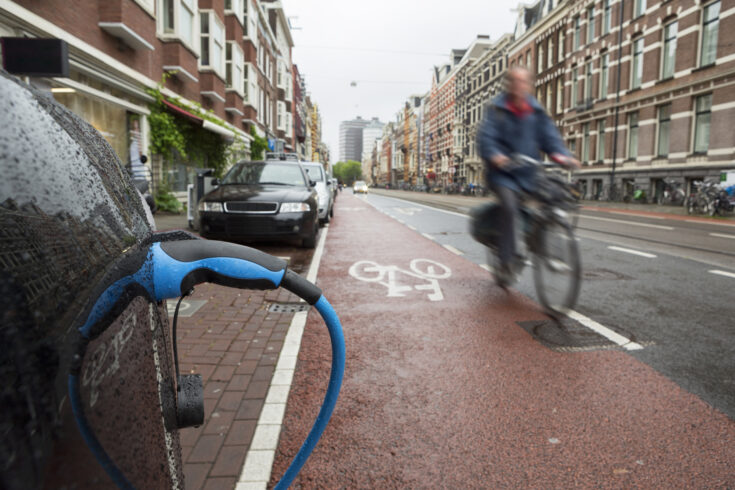 Research shows how active travel, such as walking, cycling and e-biking, can contribute to tackling the climate emergency.

More emphasis should be placed on the role of active travel to reduce emissions and help tackle climate change in the immediate term. That is according to current research by Dr Christian Brand, Co-Director of the UK Research and Innovation funded UK Energy Research Centre (UKERC). He suggests that solely focusing on electric vehicles, could slow down the race to zero emissions.

Globally only one in 50 new cars were fully electric in 2020, and one in 14 in the UK. Even if all new cars were electric now, it would still take 15 to 20 years to replace the world’s fossil fuel car fleet.

With this in mind, UKERC explored the impact of swapping cars for cycling, e-biking and walking, by observing the travel habits of around 4,000 people living in:

Over a two-year period, the research revealed that people who cycled daily had 84% lower carbon emissions from all their daily travel than those who didn’t.

The research also found that the average person who shifted from using a car to a bike, for just one day a week, cut their carbon footprint by 3.2kg of CO2. This is equivalent to eating a serving of lamb or chocolate, or sending 800 emails. The findings illustrate that active travel is crucial to tackling the climate emergency, while also providing transportation that is:

The research findings have been shared widely, with examples including:

UKERC have also actively engaged with officials at: