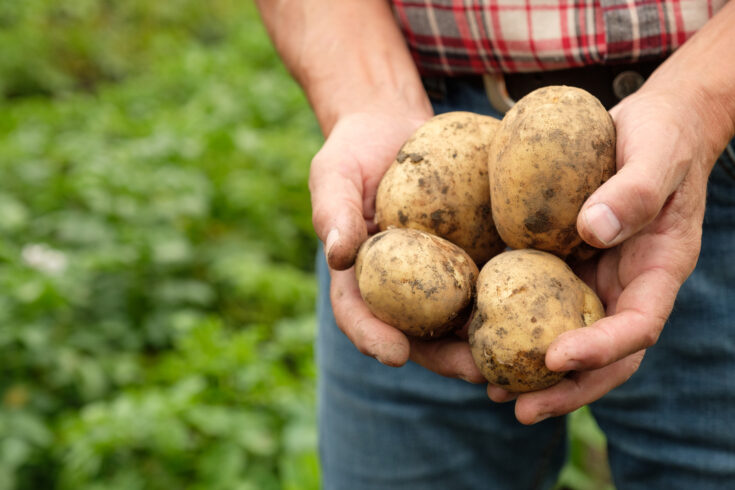 Scientists in Scotland, Germany, the Netherlands and Spain worked together to make one of the world’s most important foods more resistant to climate change.

The potato is the world’s third most important food crop behind rice and wheat. More than one billion people eat potato, and global production exceeds 300 million tonnes a year, according to the International Potato Center.

But temperature can affect the growth and quality of tubers and create storage challenges, even temperatures well below 30 degrees centigrade.

That makes the crop particularly vulnerable to climate change, which could significantly limit potato production in Europe and elsewhere.

The team used several approaches to study the issue, including:

This enabled the identification of a mechanism that regulates tuber formation at higher temperatures as well as a protein that produces greater heat tolerance in potato.

Researchers are now developing heat resistant potato plants and testing them in the field.

The new varieties could offer huge humanitarian and economic opportunities and work for both small subsistence farmers and large commercial operations.

The project included researchers from:

It was funded through the European Research Area Network for Coordinating Action in Plant Sciences (ERA-CAPS).

ERA-CAPS is a multilateral funding programme to develop and strengthen molecular plant science research across Europe.

It brings together national and regional funding organisations, including the Biotechnology and Biological Sciences Research Council, across Europe to support world-class research in the subject area.

ERA-CAPS has funded 38 transnational projects, many of them involving leading UK scientists.

To learn more, please see the ERA-CAPS showcase report which discusses the diverse range of plant science supported and the benefits of multinational support for plant sciences, as highlighted by participating researchers.