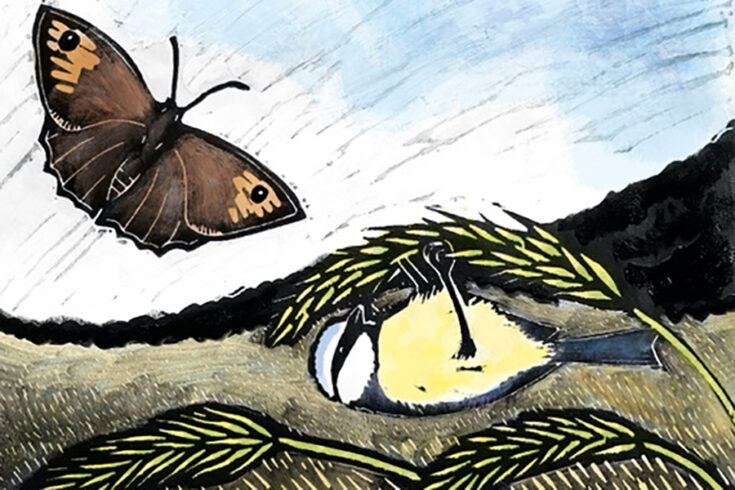 The aisles in supermarkets up and down the country have sometimes been, during these ever-changing times, close to empty, such has been the global impact of COVID-19. These are, without doubt, challenging circumstances. From restaurants resorting to home deliveries to families stocking up their cupboards as a precaution, ensuring a consistent food supply is a vital element in keeping our society evolving.

The role of plant health

Healthy plants have a global impact. They increase crop yields and help food production and economies, and so scientific research and expertise must ensure plants not only have a fighting chance to be healthy but to survive. So what’s being done? We look at the threats to three main crop groups – and see what the science experts are doing to save them.

The threat: Black-grass. Black-grass is a major weed that grows in wheat fields in the UK, damaging wheat health by competing for soil nutrients. It’s very herbicide-resistant and is reported to cost UK farmers over £500 million a year.

The expert solution: As part of a major initiative funded by the Biotechnology and Biological Sciences Research Council (BBSRC) and Agriculture and Horticulture Development Board (AHDB), a consortium led by Professor Robert Edwards and his research group at Newcastle University has been working on a solution to combat what’s called ‘non-target site herbicide resistance’ (NTSR), the herbicide-resistant culprit in black-grass and other wild grasses. “We’ve identified a specific protein called glutathione transferase ‘AmGSTF1’,” says Professor Edwards. “In collaboration with Mologic Ltd, we’ve developed the world’s first ‘pocket’ rapid diagnostic test. Using the same principle as a pregnancy test, it can detect the levels of AmGSTF1 protein in black-grass within five minutes.”

While trials are still on-going, this test gives real-time information on black-grass, helping to inform control strategies and save crops.

Food products: Long grain, short grain and medium grain rice is a staple dish for many people around the globe. By-products include rice flour, rice bran, rice starch and more.

The threat: A fungus. Magnaporthe oryzae is the fungus that causes something called rice blast disease. The disease causes losses of up to a third of the global rice harvest, enough to feed 60 million people each year.

The expert solution: Researchers have uncovered an unusual protein activity in rice that may give crops an edge in the evolutionary battle against rice blast disease. A team of BBSRC-funded researchers from the John Innes Centre, along with colleagues in Japan, discovered that a particular rice immune receptor can perform a dual fighting role by triggering immune reactions – and thus beating the disease. “(The cells) die in a very localised area so the rest of the plant is able to survive,” says Professor Mark Banfield, group leader at John Innes Centre and lead author of the study. “It’s almost like sacrificing your finger to save the rest of your body.” Or, in this case, saving the world’s rice supply to feed us all.

Food products: Many. From breakfast cereals and bread to stews and soups, as well as drinks such as beer.

The expert solution: BBSRC-funded research has pioneered a new method which allows them to rapidly recruit disease-resistance genes from wild plants and transfer them into domestic crops. The pioneering technique is called AgRenSeq – or speed cloning – and has been developed by John Innes Centre researchers alongside colleagues in the United States and Australia. “We have found a way to scan the genome of a wild relative of a crop plant and identified important resistance genes we need: and we can do it in record time,” says Dr Brande Wulff, a project leader. “By making crops more disease resistant, AgRenSeq could help to improve yields and reduce the use of pesticides.”