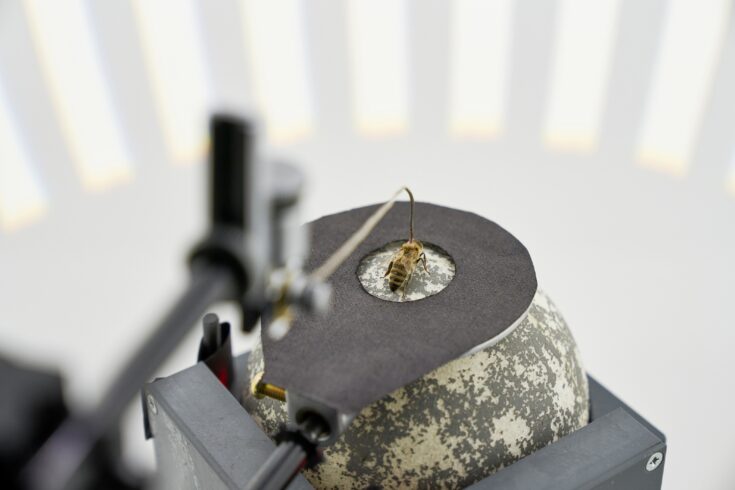 Brains on Board project is ‘bio-inspired’ by the neural network of bees to close the gap between computer chip design and real-brain technology.

A honeybee brain has one million neurons. This may sound like a lot but it is far fewer than the 84 billion in a human brain.

Video credit: EPSRC
On-screen captions and an autogenerated transcript of the video is available on YouTube.

Despite having a comparatively low brain capacity it is able to navigate up to around 10 kilometres, find a source of pollen, then return to the hive without getting lost. What’s more it ‘records’ the journey and is able to communicate the directions to its new pollen source to other bees through a complex  ‘waggle dance’.

Professor of Theoretical and Computational Biology at the University of Sheffield and project lead James Marshall said:

That’s really tremendously impressive with a brain that’s the size of a pinhead. 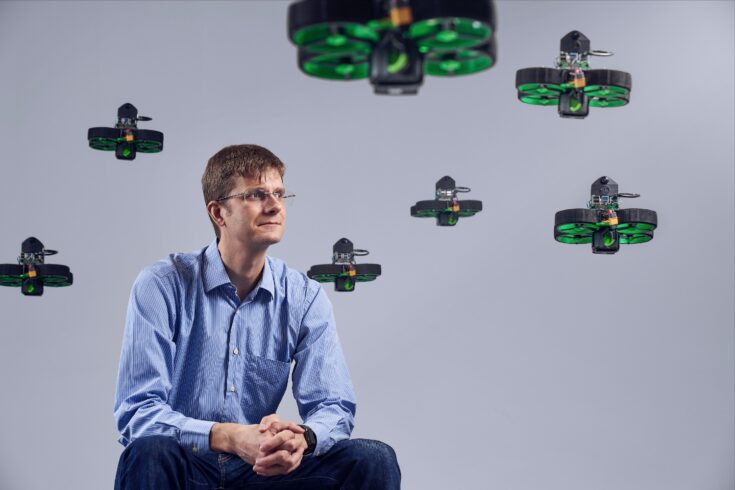 The multi-university team behind Brains on Board first received funding from the Engineering and Physical Sciences Research Council (EPSRC) to develop drones with the learning ability of bees.

Robots used in the first study had to be linked to computers which would analyse the visual and spatial data and learn to navigate a route up to 3km. But developments in mobile phone and tablet technology meant the flying robot could now process the information itself.

It’s not any longer about wireless telemetry, it is a fully untethered autonomous system. Hence the naming of the project: Brains on Board.

The second tranche of EPSRC funding allowed Brains on Board to bring its neural research in house.

Researchers from Queen Mary University of London (QMUL) are attaching miniature radar transponders to bees and tracking their flight with a harmonic radar system. They are working at the Rothamsted Agricultural Research station, an institute which receives strategic funding from the Biotechnology and Biological Sciences Research Council.

At The University of Sheffield they are carrying out their own insect behaviour experiments. They are gathering neural recordings from a bee while it completes tasks when presented with stimuli such as colours or moving patterns. Some of this new research is even debunking a previously held theory of how bees solve maths problems. 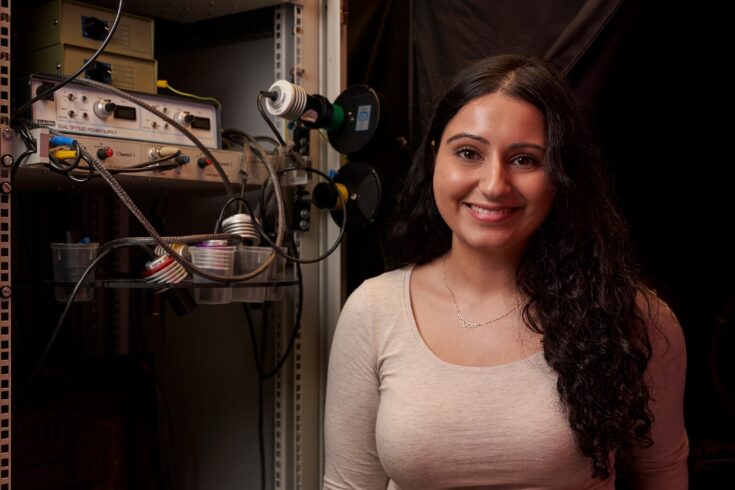 We’re reaching the limits of how small silicon components can be.

As Moore’s Law (that computing power doubles every two years) comes to an end there is a new approach to artificial intelligence (AI) which understands how neural networks are created.

For Marshall, the honeybee represents the “sweet spot for how small its brain is and how much interesting behaviour it generates.”

Whereas second-generation AI was concerned with feeding computer systems vast amounts of data, a silicon system that adapts to fit its environment is the next stage.

This mapping of the honeybee brain and its possible commercial application of ‘natural intelligence’ to other products for robot manufacturers and developers has led to Brains on Board spinout company Opteran.

The Economist article about the end of Moore’s Law.

Brains on Board in the real world

For Marshall, there are some clear advantages for Brains on Board autonomous robots that can learn about their environment.

One application of this may be in a search and rescue operation. For example, when a building collapses, floor plans are no longer reliable and new routes could also appear. Rather than painstakingly mapping the new landscape with 3D light detection and ranging (LiDAR), Brains on Board robots could quickly learn the most efficient route to survivors.

The next area of research for Brains on Board might be to learn from the bees’ notorious ‘waggle dance’ with a fleet of autonomous robots able to communicate complex navigation more efficiently.

Many of the challenges in AI and autonomous systems require multidisciplinary approaches. Both in terms of growing foundational capabilities and in developing technologies to address real world challenges for society, the economy and the environment.

The UK is well positioned to meet these challenges and has recently announced a £34 million investment into the National AI Strategy designed to:

About the National AI Strategy.

We are working across UKRI to increase our understanding of the challenges and opportunities, seeking to create an ecosystem where disciplines work together to address key research questions.

The UKRI statement of opportunities on AI, published in early 2021, sets out our vision for AI and our aspiration to play a key role in realising its potential.

Find out how we work in AI.

Find out about the opportunities that AI offers in our AI review: Transforming our world with AI.

Most animals have a basic system for registering harmful environmental conditions or injury, but what happens as a result of that signal depends on the species.

In humans, nerves in our hand might detect contact with a hot oven, for instance. That signal passes from the finger to the spine, where motor neurons pull your hand away before pain is even experienced. The signal then passes to the brain where it becomes part of what we experience as pain.

Honeybees respond reflexively to harmful things in their environment, but because we don’t see any changes in their brains, many scientists don’t consider them to feel pain.