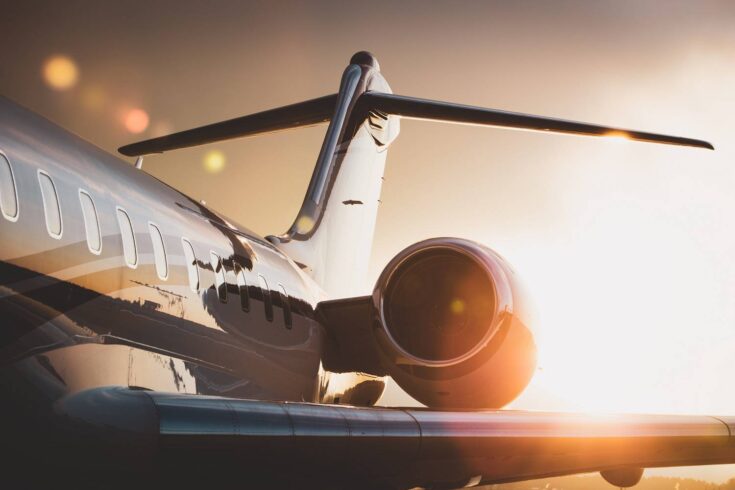 A new company is being formed to deliver a pioneering, world-leading decarbonising technology to sectors such as aviation and shipping.

The collaboration was kick-started through the Harwell EnergyTec cluster and initially funded by the STFC Cross-Cluster Proof of Concept programme. It will design and bring to market lightweight and compact cracking reactors for green ammonia, providing net zero solutions for hard-to-decarbonise sectors.

Zero-emissions aircraft and ships that emit only water vapour and nitrogen could be a reality before the end of this decade, thanks to this technology being developed by the company.

Kerosene-based jet fuel is the ideal fuel for aviation, but produces substantial carbon emissions and has no carbon-free fuel equivalents.

Alternatives pose their own challenges: for example, while ammonia has a well-established global infrastructure of storage and transportation, it is challenging to combust. Hydrogen, on the other hand, combusts very readily and storage is a challenge.

If the best fuel aspects of ammonia and hydrogen could be combined, future air travel would be entirely carbon-free.

What is ammonia cracking?

STFC’s cracker technology aims to do exactly that, mimicking jet-fuel performance and offering an affordable solution through retrofitting existing aircraft.

At the COP26 Summit in Glasgow, Reaction Engines, IP Group and STFC have announced the formation of a joint venture to produce lightweight and compact ammonia cracker reactors.

The technology under development uses a heat exchanger to warm liquid ammonia as it travels to the engine, through a ‘cracking reactor’. The reactor uses a novel catalyst to partially crack the ammonia into its constituent elements, hydrogen and nitrogen.

This real-time production of a blended ammonia-hydrogen mixture results in a fuel that closely resembles the propulsion properties of jet fuel.

This fuel mix is ignited to power the engine, and when completely combusted leaves behind only nitrogen, water vapour and no particulates.

There is, however, the potential of nitrogen oxides as by-products. Although nitrogen oxide is a pollutant, even this can be removed from the exhaust through the appropriate use of a small additional amount of ammonia. The fuel could actually scrub its own emissions.

Bringing together research and industry

The project came about through the Harwell EnergyTec cluster and Cross Cluster Proof of Concept programme.

The programme brings together organisations across the energy, space and life-sciences sectors to create collaborations and provide the funding needed to move research from the theoretical to commercial reality.

The research behind the core STFC technology was funded as part of an internal STFC Proof of Concept Programme. The programme supports STFC scientists and engineers to deliver real-world impact from their ground-breaking innovations.

The UK has a great reputation for accessing the best available science and engineering, finding ways to innovate technological solutions to meet the net zero challenge.

The Harwell EnergyTec cluster and Net Zero Living Laboratory is one of the initiatives that can bring innovative technical solutions more quickly to market, contributing to the green economy. It has been a privilege to facilitate the collaboration between STFC, IP Group and Reaction Engines to kick off our Jetzero initiative.

Our innovation work at STFC, captures the initial spark of an idea and takes it through to patent and spinout – managing the commercialisation journey end-to-end. It is a key link between innovation outputs of STFC and economic growth.

I am thrilled to see the hard work we’ve been undertaking with our partners at STFC culminate in the formation of new venture to bring to market decarbonisation technology solutions.

Having IP Group’s backing is a huge vote of confidence in the compact, lightweight ammonia reactor technology we are developing. I am excited to work together to help decarbonise power and propulsion systems in the maritime, power generation, and other hard to abate sectors.

Fully decarbonising medium and long-distance flights and marine shipping remains one of the hardest to solve technological challenges as countries seek to move towards a net zero economy.

After completing our STFC-funded proof-of-concept projects, I am excited about the impact that our technology can have in enabling low-impact transitions in hard-to-abate energy sectors.

Playing to the complementary strengths of ammonia and hydrogen, our cracker technology can rely on the global ammonia infrastructure to provide, at scale, blended ammonia-hydrogen fuels that mimic fossil fuel performance and offer affordable retrofitted energy solutions.

As the leading cleantech venture investor in the UK we are delighted to be partnering with two of the country’s most innovative organisations to pursue ammonia for energy.

The combination of technologies from Reaction Engines and STFC is a profound breakthrough, and we are excited to be joining forces to build a technology champion in this space.