Webb Fellowship awarded for the study of giant planets 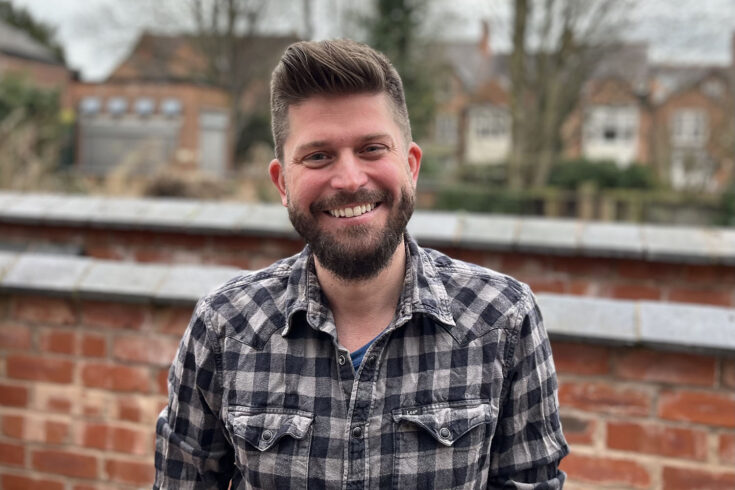 An early-career planetary scientist has been awarded the third-ever Webb Fellowship and will study the atmospheres of giant planets using Webb.

The fellowship allows outstanding researchers to perform their own studies using the James Webb Space Telescope, known as Webb, the most complex observatory ever launched into space.

Understanding the aurora on giant planets

Dr Melin joins the cohort of two Webb fellows announced in August last year. He will use data from Webb to further our understanding of the powerful aurorae, and the mechanisms that drive them, on giant planets in our solar system.

My scientific passion is trying to understand the atmospheres of the giant planets: Jupiter, Saturn, Uranus, and Neptune, and how they interact with the surrounding space environment, and in particular, their spectacular displays of polar lights, or aurorae.

Being awarded the STFC Webb Fellowship is a huge opportunity for me to continue to study these planets using the most advanced space telescope ever built and will afford completely new views of the auroral process at these planets.

Dr Melin explained what the award will help him achieve:

The big issue that this fellowship will address is the giant planet ‘energy crisis’, whereby the upper atmospheres of these planets are observed to be several hundreds of degrees hotter than our best models can predict.

Where is this energy coming from? Observations from ground-based and other space-based facilities can capture the state of the upper atmosphere and the lower atmosphere, but never at the same time.

The high sensitivity and high-resolution observations that Webb will take, using two different instruments, will cast a brand new light on this, capturing the entire column of atmosphere, and will provide the data required to fully address this intriguing problem.

Ultimately, this energy crisis is believed to be present at any hydrogen dominated planet, and so finding the solution to this will have fundamental implications for our understanding of the huge number of planets orbiting other stars throughout the universe.

Undertaking this at the University of Leicester, where part of Webb’s Mid-Infrared Instrument was built, feels like a natural home for this research.

Bridging science and public outreach in the UK

As well as investing in ground-breaking research, the Webb Fellowships aim to promote space science beyond the laboratory.

Dr Melin, who describes himself as a passionate advocate for public outreach in science, also highlighted the fellowship’s role in enhancing UK community use of Webb:

The fellowship also provides me with the platform to engage in meaningful public outreach, highlighting the impactful research done here in the UK using this game-changer of a telescope.

The James Webb Space Telescope is the world’s largest and most complex space telescope.

After its successful launch on Christmas Day last year, Webb is now preparing to solve the mysteries of the universe. From searching for first light of early galaxies to revealing new planetary formations.

STFC has helped in this endeavour by leading the design, creation and testing of the Mid-Infrared Instrument (MIRI), in partnership with the UK Space Agency.

The University of Leicester provided the mechanical engineering lead for the MIRI instrument, which is one of four main instruments on the Webb that enable it to see and measure light.

Webb is an international project between NASA and its partners:

Find out more about Webb on GOV.UK.