Using physics to transform our understanding of life 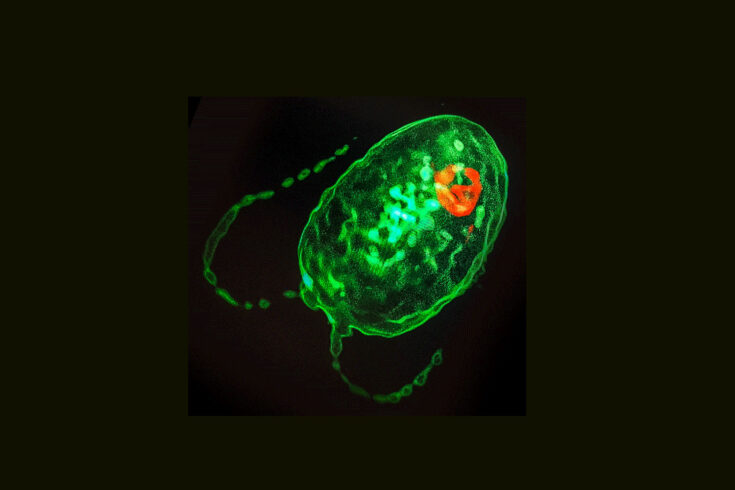 How do our brains process information and enable us to learn complex tasks? How do tissues and embryos form as the body develops? And how do single-celled algae trap 30% of the planet’s carbon dioxide emissions?

These are the questions that nine multidisciplinary projects aim to answer, transforming our understanding of life by bringing together innovative approaches in life sciences and physics.

As well as generating new knowledge they could have a broad range of applications. From developing new ways to capture carbon to treating health conditions ranging from congenital heart defects to Alzheimer’s disease.

The projects are funded by a £18 million investment from UK Research and Innovation (UKRI) and Wellcome through the Physics of Life Strategic Priorities Fund. A unique approach harnessing physics approaches to tackle grand challenges in the life sciences.

The projects announced today include one led by:

This aims to determine how thousands of cells self-organise to form embryos during the formation of the human body.

This could then improve our ability to prevent and treat a wide range of congenital diseases including:

Researchers at the University of York will explore how single-celled algae containing microscopic ‘droplets’ called pyrenoids are able to capture carbon by ‘turbocharging’ photosynthesis.

It is estimated that they trap about 30% of the planet’s carbon dioxide emissions through this method. Understanding how they do so could lead to new methods of capturing carbon artificially or boosting plant photosynthesis to fix more carbon dioxide (CO2).

And a team at Imperial College London aims to determine whether the brain works by organising itself to act when a critical point is reached. Similar to when a build-up of snow causes an avalanche.

This may lead to new insights into how neurological disorders such as Alzheimer’s disease cause degradation in cognitive function, and aid in the development of future treatments.

One of the unique strengths of the UK science ecosystem, and our new research agency UKRI is the ability to bring different sciences together, to unlock new discoveries and solve the big challenges of our day.

The Physics of Life programme is delivered through UKRI’s Strategic Priorities Fund by the:

This second phase is further enhanced by support from Wellcome.

Physics of Life builds on a decade-long focus with the research community to bring together physics and the life sciences to improve our understanding of living systems.

Through a wide range of innovative approaches, these projects will generate important new knowledge that will help us to answer some of science’s biggest problems, ranging from how life formed through to tackling climate change.

It is important to recognise that progress in the life sciences has at times been greatly accelerated by collaborating with other scientific fields.

With interdisciplinary teams of physicists, engineers and biologists, the Physics of Life projects will draw on cross-cutting expertise, helping to deliver exciting new insights with the potential to improve life, health and wellbeing.

How does the shape and structure of tissues arise as organisms develop?

The answer to this question has profound implications for our understanding of how our bodies are shaped, and life-changing treatments such as regenerative medicine and tissue engineering.

Using experimental testing and computer modelling, the researchers aim to determine how cells choreograph their movements and choose their identity to sculpt complex tissues, in a process called morphogenesis.

Gastrulation is an essential process during embryonic development that establishes the basic three-dimensional tissue organisation of the body plan.

In this project a combination of advanced imaging and modelling will be used to investigate the key biophysical mechanisms. These control the spectacular way in which thousands of dividing and differentiating cells self-organise to form an embryo.

This will improve our ability to prevent and treat the many congenital diseases such as heart defects and spinal conditions. These are caused by errors during gastrulation and is relevant to explaining how complex life has evolved on Earth.

As our body grows, how does each organ control its shape and form? When this doesn’t happen correctly, we can get developmental diseases or cancer.

By studying the interactions of the molecules, such as proteins, that make up the building blocks of organs, the researchers aim to improve our understanding. So we can intervene to correct these diseases at an earlier stage.

They will use experimental and modelling techniques on fruit fly wings to determine how the orientation of cells impacts on the form and function of animal organs. This will generate valuable new knowledge that can eventually inform new treatments and interventions.

The project aims to generate new insights into how the brain functions, and especially during various diseases and states of health.

It will explore the hypothesis that the brain functions by organising itself to operate near a critical point, at which ‘avalanches’ of brain activity occur. This is similar to when a build-up of snow causes an avalanche.

By simulating and imaging these ‘avalanches’ on the networks of neurons within the brain, the team aims to understand whether this theory explains the way our brain operates.

This may lead to new insights into how neurological disorders such as Alzheimer’s disease cause degradation in cognitive function, and aid in the development of future treatments.

A fresh look at visual sampling: How are fixational eye-movements optimised? (PhysFEM)

How do sensory systems, such as our vision, sample the world in a way that ensures we receive the right information while cutting out irrelevant details?

This project is the first to combine theoretical physics with neuroscience and psychology. This is to determine how our eyes continually work to achieve the best performance possible and maximise the information available to use.

We will enhance computer models of human vision to improve understanding of visual impairment and inform design of artificial vision systems.

The neocortex is the part of the brain that plays a central role in allowing us to learn new motor skills, such as typing, driving a car or playing tennis.

Despite its importance in the process of learning, attempts to find out exactly how it helps us to improve task performance during learning is hampered by an inability to image activity within the neocortex.

The project will bring together physicists, microscope developers and neuroscientists to develop new ways to find out how this important area of our brain functions.

Single-celled algae are among the most productive of all organisms on Earth for capturing carbon, fixing approximately 30% of all global CO2. But the processes by which they do this are poorly understood.

The project will explore microscopic ‘droplets’ called pyrenoids which are found within the algae and which have remarkable properties such as an ability to form and dissolve as required.

Through their work the team aim to generate new knowledge relevant to carbon capture, biological assembly and crop improvement biotechnology.

Infections in complex physical environments: Life and death in the sinuses

Long-term infections and inflammatory conditions where microbes or viruses sustain themselves within hosts, such as chronic rhinosinusitis (CRS), can have a significant impact on patients’ quality of life.

These conditions remain poorly understood due to their complexity, and the project aims to overcome these challenges through studying the bacteria that can contribute to CRS in models of sinus cavities.

This will help to improve treatments for CRS and similar treatments as well as improving our knowledge of complex living systems such as the gut, lungs or urinary tract.

The mammalian brain is one of the most complex structures known to mankind.

Understanding how it processes information is a prerequisite for understanding conditions such as psychiatric diseases as well as for building advanced artificial intelligence. But it is hampered by the challenging nature of measuring what is going on inside the brain.

The project will use the latest synchrotron X-ray microscopy, electron microscopy, and in vivo imaging technologies to determine how the brain’s circuitry works in practice.