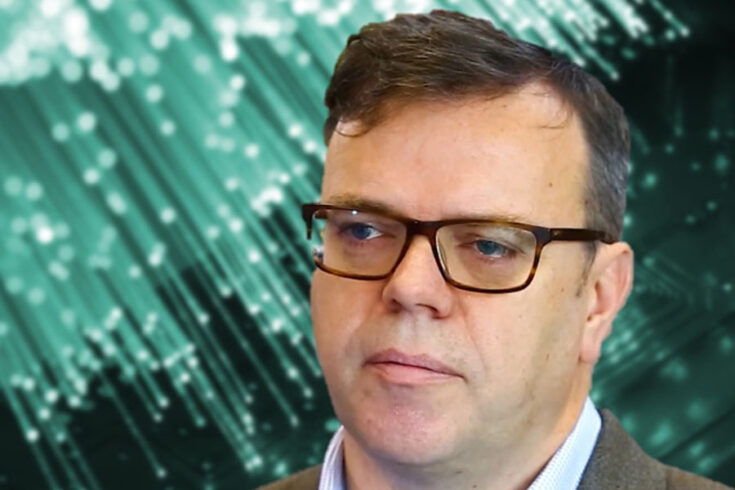 Dr Michael Cuthbert has been appointed as National Quantum Computing Centre (NQCC) Director to help to deliver the UK’s ambition to be a quantum-enabled economy.

The NQCC is being established with a £93 million investment by UK Research and Innovation (UKRI) as part of the UK’s National Quantum Technologies Programme (NQTP).

Find out more about the NQCC.

The NQTP, a ten-year, £1 billion programme, was launched to accelerate the development of quantum technologies that will have a transformative impact on many areas of the economy and society.

Dr Cuthbert was appointed as Interim NQCC Director in February 2020 and has led the centre through its startup phase, including its launch and publication of its strategic intent.

He will continue to lead work to establish the NQCC and realise its goal of developing a fully scalable, fault-tolerant quantum computer.

The centre will work with the thriving UK community of start-ups and components suppliers to develop a sustainable industry able to deliver the UK’s ambitions to be a quantum-enabled economy.

Prior to his appointment as interim director he was Business Development Director and Quantum Technologies Sector Lead at Oxford Instruments.

Through a variety of senior leadership, commercial and technical roles he has extensive industrial experience of bringing complex technology systems to market with a particular focus on applications.

Development of use cases and applications with early adopters of emerging quantum computing is a key deliverable for the centre.

I am passionate about quantum computing and its potential to create positive impact on some of society’s biggest challenges, such as climate science and clean energy.

I am delighted to have been appointed as Director, and immensely proud to lead the NQCC forward as we move from launch to centre operations.

I have no doubt the NQCC will have an important contribution to make to both the UK national programme and with our colleagues internationally.

The centre is a joint initiative of UKRI’s Engineering and Physical Sciences Research Council (EPSRC) and Science and Technology Facilities Council (STFC).

It will be based at STFC’s campus in Oxfordshire and is scheduled to be open and operational in early 2023.

The NQCC has established an innovative programme of activities for the coming years, which will include:

The NQCC will play a key role in achieving the UK’s goal to become the world’s first quantum-ready economy.

We are extremely fortunate to have been able to appoint Michael as the permanent Director of the NQCC. His vision and leadership have already helped define the UK’s ambition in quantum computing.

We look forward to breaking new ground in quantum computing as part of our wider commitment to quantum technologies in the UK.

Michael has already proven in his interim position that he has the knowledge and leadership to drive forward this ambitious project to transform the UK’s capabilities in quantum technology.

This is a great appointment and I have every faith that Michael will successfully realise the ambitions for the NQCC and navigate the centre to the forefront of the national quantum community.