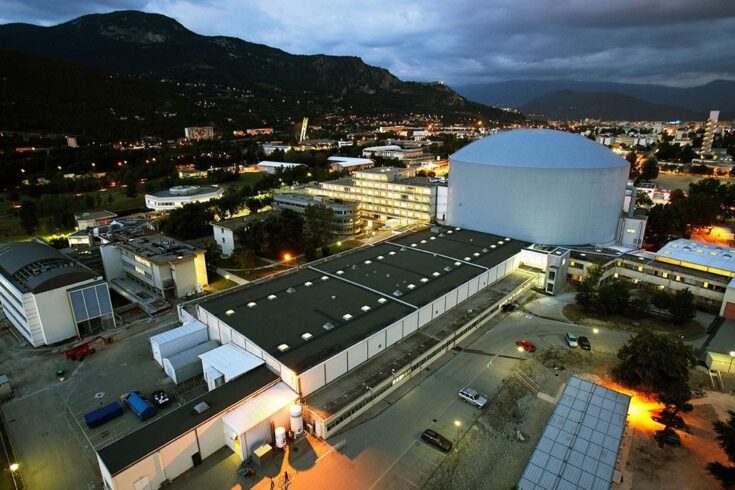 The UK has today agreed, with the governments of France and Germany, to continue support for a world-leading neutron research centre for another decade.

The trilateral agreement will see the Institut Laue-Langevin (ILL) continue its cutting-edge neutron-scattering science for up to another 10 years.

This will allow scientists from the UK and across the world to continue to utilise the ILL for diverse and pioneering research, including:

The ILL is an international research centre based in Grenoble, France, and it has led the world in neutron science and technology for over 50 years.

ILL operates one of the most intense neutron sources in the world, feeding beams of neutrons to a suite of 40 high-performance instruments.

Inside these instruments, materials are exposed to this intense beam of neutrons, creating images which reveal the molecular structure inside the material, much like a giant microscope.

The ILL has been continuously upgraded since 2000 to ensure it remains world-leading and caters for the needs of its users, who create up to 600 scientific publications each year.

Each year some 1,400 researchers from almost 40 countries visit the ILL to conduct research in a wide variety of areas, including:

The UK, along with France and Germany, are the associate members and major funders of the ILL.

The three associate members operate in partnership with the scientific member countries of:

Today the three associate members, including the UK, signed a formal agreement to extend the original 1971 inter-governmental convention for up to another 10 years.

This formal agreement builds on more than 50 successful years of cooperation between the associate countries in maintaining the ILL’s position as one of the world’s premier neutron facilities.

The agreement was signed in Paris by:

ILL and the UK

Ground-breaking discoveries of international importance and new insights in many science areas have been achieved using neutron techniques, including many linked to Nobel Prizes.

The UK neutron user community is one of the largest and most active in Europe, with UK scientists performing about 200 experiments each year at the ILL.

In light of the challenges of climate change and the global pandemic, there is a particular emphasis on research in energy materials and health.

The Deputy Head of Mission at the British Embassy in France, Theo Rycroft, said:

The global coronavirus pandemic has highlighted the importance of international collaboration in helping find solutions to pressing global challenges. The UK is a world leader in many areas of neutron science and our continued access to ILL’s cutting-edge scientific facilities will maintain the UK’s position as a global science leader.

UK scientists continue to play a key role in making exciting new discoveries, helping improve our understanding of neutrons and materials and we look forward to ILL delivering a further decade of exciting science from its outstanding infrastructure.

Recent work at the ILL by UK scientists includes:

We want the UK to be the international scientific partner of choice, as our collaboration with France and Germany to fund the world-renowned Institut Laue-Langevin shows.

By extending our support to this scientific centre of excellence for another decade, we’re enabling researchers in the UK and beyond to conduct bold experiments which could help solve major global challenges such as climate change and infectious disease.

Through the Science and Technology Facilities Council (STFC), the UK funds the ILL with an annual subscription that gives UK scientists access to the facility. STFC is the shareholder in ILL on behalf of the UK.

By securing future years of this world-class facility, scientists in the UK and around the globe will be able to continue undertaking pioneering multi-disciplinary research and making important discoveries.

Our fruitful relationship with our key partners in France and Germany has allowed us to maintain this vital and unique offering to the research community.

Neutron science continues to be a priority to the UK, with our own ISIS Neutron and Muon Source facility complementing the research programmes of the ILL. This allows the UK to maintain our position as a global leader in this research area.

The Institut Laue-Langevin (ILL) is a world-leading neutron facility, situated in Grenoble France, where the neutrons that are used for scientific research are produced via a nuclear reactor. ILL is widely regarded as the best reactor-based neutron source in the world, supporting cutting edge research – from developing radionuclides for therapeutic application to analysing the aging of lithium batteries.

Neutron techniques reveal the structure of matter and its magnetic properties and are a vital part of many areas of discovery science. They are also core to the success of the UK’s ambitions in priority areas such as:

The UK joined the ILL Convention on 19 July 1974. ILL is jointly owned by the Associates:

As an associate, the UK benefits from control over the operation and strategic direction of the ILL and access to around 25% of beam time. The three associates equally contribute to 75% of the operating costs, with eleven scientific members providing the remaining 25%. The UK contribution to the ILL is managed by STFC.

The sixth protocol commits the associates to the next operating period of ILL starting in 2024. In 2027, the associates will agree whether to continue reactor operation until 2030 or to 2033, after which the ILL reactor will enter decommissioning.

Almost half of the UK researchers using ILL are doctoral students. The over £200 million that the UK will be investing over the period of this agreement is also an investment in the national skills base that is critical to supporting future economic development.