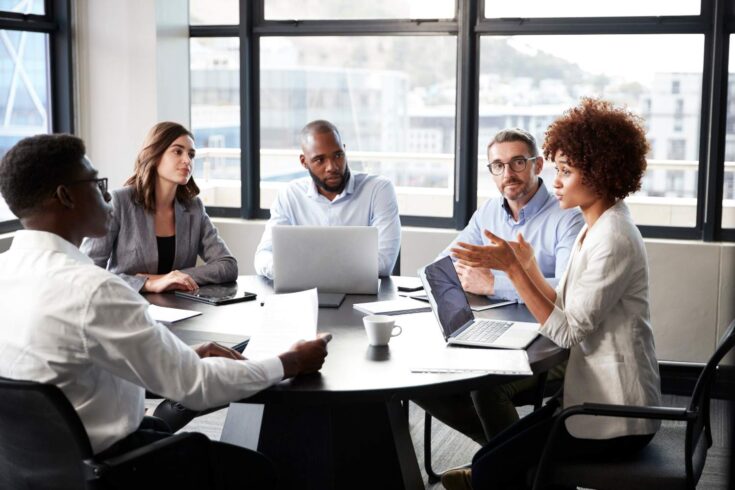 Following the conclusion of a highly competitive recruitment round, eight members have been appointed to the new UK Committee on Research Integrity (UK CORI).

The new members bring a wealth of complementary expertise and experience from a breadth of disciplines and sectors including:

UK CORI is being hosted by UK Research and Innovation (UKRI) for three years with the first meeting scheduled for May 2022.

It will have a national role in promoting and championing research integrity.

We are excited to be bringing together this diverse group of people who all share a genuine enthusiasm for contributing to a research environment that naturally promotes and recognises integrity, and which puts members of the public, the main beneficiaries of research, at the heart of the enterprise.

It was reassuring to see the depth of commitment to research integrity evidenced by the volume of interest in UK CORI membership. We were sorry that we could not appoint every skilled and committed candidate who applied to be on the committee.

As the work of UK CORI develops, we know that its success will depend on the ability to listen to the research community as a whole. We’re working now to bring together a network of individuals and organisations to form a wide community of interest that creates opportunities for discussion.

The new appointments are:

Nandini Das is Professor of Early Modern Literature and Culture at the University of Oxford.

She was a founding member of UKRI Research England Council from 2016 to 2022.

She has served on UK research committees and consultations across multiple areas, including:

Maria M Delgado is Professor and Vice Principal (Research and Knowledge Exchange) at Royal Central School of Speech and Drama, University of London.

She has published widely in areas of transnational theatre and film, and has a long track record of work in:

She has considerable experience from working with academic, research and professional support services colleagues over the past 15 years at Queen’s. Prior to joining the University, she was involved in quality improvement within health and social care.

Louise has an MSc in primary care and general practice and a BA Hons in public policy and management.

Suzanne Farley is Editorial Director at the Public Library of Science (PLOS).

Prior to joining PLOS, Suzanne was:

She has a degree in environmental science, and a PhD in plant physiology and molecular biology.

He is Founding Director of the UK’s National Centre of Excellence in mass spectrometry. Ian’s research goal is to achieve super-resolution label-free metabolic imaging.

Alongside her research, Ralitsa is an advocate for open research, taking part in various grassroots activities aimed at promoting research integrity and reproducibility nationally as well as internationally.

Following a career in social research and statistics, from 2009 until 2014 Dame Jil Matheson served as:

During that time Jil also chaired the Organisation for Economic Co-operation and Development’s committee on statistics and statistical policy and the UN Statistical Commission.

Since then, Jil has been involved in a number of activities including:

She was a trustee of NatCen Social Research from 2016 to 2022. Jil is currently Honorary Secretary of the Academy of Social Sciences and a fellow of the Royal Statistical Society.

She is a member of the Royal Society’s Advisory Committee on Mathematics Education, Economic and Social Research Council’s Grant Assessment Panel and a non-executive Director of the Sports Ground Safety Authority.

Jil is a graduate of the University of Sussex and has honorary doctorates from the universities of:

She was appointed DCB in 2014 for services to official statistics.

Miles Padgett is a Royal Society Research Professor and holds the Kelvin Chair of Natural Philosophy in the School of Physics and Astronomy at the University of Glasgow.

He leads an optics research team covering a wide spectrum from blue-sky research to applied commercial development, funded by a combination of:

He is currently the Principal Investigator of the UK Quantum Technology Hub in Quantum Imaging (QuantIC). QuantIC is the UK’s centre of excellence for research, development and innovation in quantum enhanced imaging, bringing together eight universities with more than 40 industry partners.

During his five-year term as Vice-Principal for Research, he and his colleagues championed how an improved research culture was not an alternative to excellence. Instead, it is something that would allow more of us to excel.

He is now the academic co-lead of Glasgow’s Lab for Academic Culture.

For their invaluable assistance in the UK CORI member recruitment process, Andrew and Rachael would like to extend their sincere thanks to:

For their participation, dedication, and assistance in the appointment of the UK CORI co-chairs Professor Dame Ottoline Leyser also extends her sincere gratitude to: