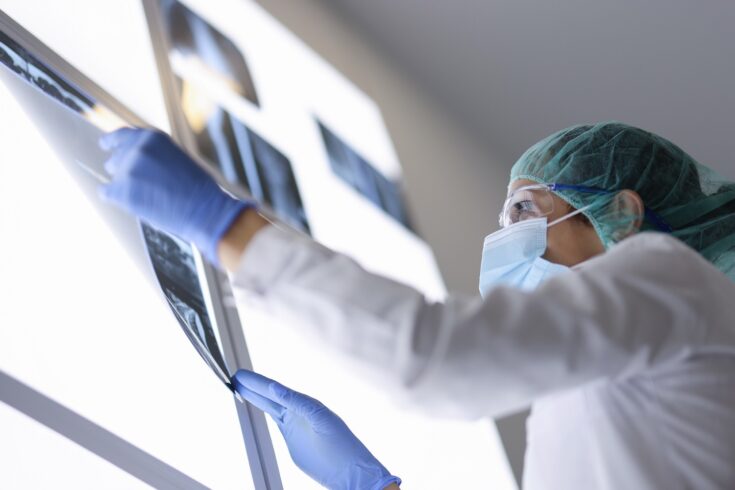 Science and Technology Facilities Council (STFC) funding, worth almost £600,000, will enable scientists to work with industry partners to translate STFC-funded research into commercial use.

Projects such as these, which take cutting-edge research and reimagine it to address real-world challenges, are at the forefront of innovation.

With this funding, researchers will be able to work with their industry partners to turn their exciting and novel ideas into reality.

Through these partnerships, the quest for knowledge and understanding that makes the UK a great leader in science will also reap societal and economic rewards.

The funding comes under the Innovation Partnerships Scheme (IPS), under which all projects must include an industrial collaborator who are contributing towards the project in some capacity.

Funding has also been released from the follow-on fund, designed to fund a short term proof-of-concept project, which could lead on to further commercial opportunities.

The funded projects include:

A joint fund for University of York and STFC’s Central Laser Facility (CLF) will study two-dimensional infrared (2D-IR) spectroscopy. 2D-IR uses state-of-the art lasers to excite vibrations of molecules and make a sensitive ‘map’ of the 3D structures and intermolecular interactions of proteins and DNA.

2D-IR has potential to be a powerful tool in drug design or biomedical diagnostics, but the water present in large quantities in biological samples absorbs infrared light, obscuring signals from biomolecules.

World-leading research led by the University of York in collaboration with CLF has now developed a method to suppress these water signals, enabling proteins or DNA to be cleanly measured. This is the spectroscopy equivalent of locating the needle in the haystack. This paves the way to 2D-IR use in drug design and biomedical analysis.

The University of Huddersfield has been given a grant to study how to transfer optical technologies to moulds for mass production. Moulds and dyes are important and expensive tools essential for mass production of typically plastic components, from car parts and household items, to medical components and mobile phones. The remarkable fact is that, in the 21st century, most of these machined blocks are still hand-finished by highly-skilled artisans with decades of experience.

Working with GTMA and Reshoring UK, this project will transfer a wealth of university expertise in the manufacture of lenses and mirrors for astronomy, into automating mould and die finishing. The University of Huddersfield’s Ultra-Precision Surfaces laboratory at Daresbury lead this project. This consortium includes leading industrial partners Zeeko Ltd, Wayland Additive and Arthur Jackson and Co.

A project led by the University of Leeds will develop a new catalyst material, shown to be effective in converting nitrogen oxides into less harmful nitrogen gas at low temperatures. Nitrogen Oxides (NOx) emissions from combustion of fuels cause poor air quality with negative health implications especially in densely populated areas.

Most nitrogen oxides emissions come from road transport or sectors which include combustion of fuels, with diesel engines being one of the major contributors. This particularly comes from vehicles idling or driving slowly in heavy traffic, when the engine exhaust is cool.

While there are various technologies for nitrogen oxides emissions control from diesel engines, the conversion efficiency of existing technologies at low temperatures is poor, with less than 50% efficacy. The new material discovered by scientists at Leeds University shows a remarkable ability to catalyse the reduction of nitrogen dioxide at low and ambient temperatures. The team has named it LowCat.

In this project they have partnered with the leading specialist in aftermarket catalysis systems, Cats & Pipes Limited. Together they will build a prototype catalytic converter and test it on real vehicles, to compare LowCat with current catalyst materials

Researchers at University College London will be studying plasma technology, which has many applications including semiconductor manufacturing, medicine, and surface treatments.

Plasmas glow, leading to energy loss and this glow can also result in damage in the manufacturing process. Currently, most plasma models ignore radiation. This results in a lack of knowledge about an essential process in the plasma.

The QuARC project will model both chemical and radiative processes in plasmas by combining two databases. One has been developed by researchers to study exoplanetary atmospheres, and one has been designed by industry partners Quantemol Ltd to provide input to models of plasmas.

The combined database will enable a software allowing full radiative-collisional plasma modelling and simulated light emission from the plasma. A commercial product is planned by the end of the grant.

A team led by the University of Surrey has been awarded a follow-on fund grant to create a new computational fluid dynamics (CFD) method. CFD is a technique used widely in industry, from modelling wind flow around cars and wings, to modelling the flow of ink through an inkjet printer nozzle.

Most methods model the flow of fluid through a fixed mesh: like putting a wire mesh into a river and modelling the flow in and out of each cell. This project will develop a new, accurate, ‘geometry-free’ method, modelling fluid flow instead using cells that move along with the flow, like seeds on a river.

Although ‘geometry-free’ methods have been around since the 1970s, they have so far not been very accurate. This new method will open up applications where both accuracy and complex geometry are needed, for example modelling flow through an engine with many moving parts.

A University of York-led team has been awarded a follow-on-fund grant to work with LabLogic based in Sheffield on a project to explore functional materials for radiation detection. Functional materials in this sense means materials that are both structural and have a radiation-sensing capability.

The initial investigations will be with plastic scintillator material that can be readily moulded into different shapes. An initial prototype will be developed in the area of nuclear security. This could be a potential product for LabLogic.

In the later part of the project, the team will be seeking feedback from potential users to help to finalise the product requirements.

A project to support the development of a quantum gas jet-based beam scanner, led by the University of Liverpool, has also been funded.

QuantumJET will produce micrometer-focused beams of atoms and molecules for non-invasive, high resolution beam monitoring applications, as well for use as targets in storage rings.

The novel device will monitor high-intensity beams such as those found in spallation sources or accelerators. More widely, the technology will be very attractive for any accelerator or light source that would benefit from non-destructive online beam monitoring, including medical accelerators and ion implanters.