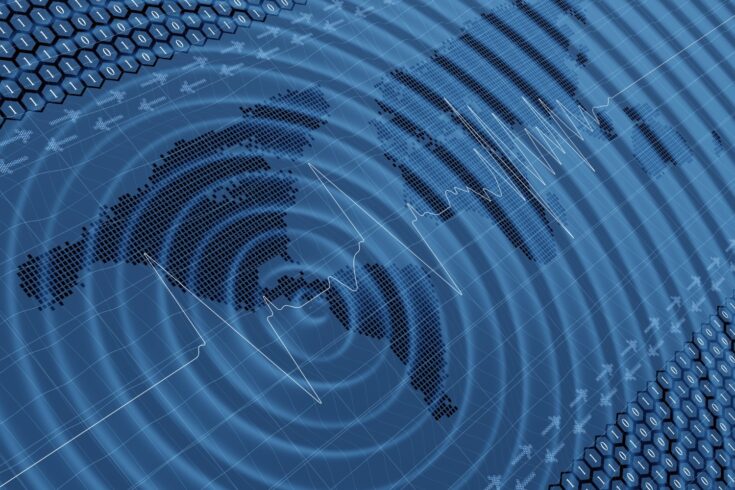 Tiny earthquakes, too small to be felt on the Earth’s surface, create chemical changes which turn groundwater acidic, according to newly published research.

The research is supported by the Engineering and Physical Sciences Research Council (EPSRC) at the University of Strathclyde.

The research paper ‘Microseismic events cause significant pH drops in groundwater’ is published by Geophysical Research Letters. It documents for the first time how tiny earthquakes, not felt at the surface, break the chemical bonds in rocks during fracturing. These broken chemical bonds react with the surrounding water and create pockets of acidic groundwater.

The Strathclyde team observed pH drops of 1-3 units in the groundwater over a 24-hour period – equivalent to the difference between tap water and vinegar. The changes in acidity are large enough to dissolve minerals in rocks, releasing trapped elements such as metals and allowing them to move through the Earth’s surface.

It’s great to see this research arising from an EPSRC doctoral training investment and providing new understanding of how groundwater pH levels are affected by small seismic events.

Transporting elements through the Earth’s surface

Thousands of similar micro seismic events are estimated to occur every year in the UK and while each event is small, the cumulative effects may be large.

Over long time periods, micro earthquakes could transport elements in rocks through the Earth’s surface. Some of these elements – such as calcium and magnesium – can play a vital role in trapping carbon dioxide in the atmosphere and hence influencing global temperatures.

But up to now, this acidification process has not been included in climate models or the prediction of ore locations.

In the Strathclyde project, sensitive seismometers listened out for tiny earthquakes in the rock surrounding tunnels at the Grimsel Test Site in the Swiss Alps – an underground rock laboratory.

Groundwater was sampled from the tunnel system to look for changes in water chemistry at regular intervals in 2014 and 2015.

Lead author Dr Mark Stillings, a Research Associate in Civil and Environmental Engineering at the University of Strathclyde, said:

When some of these events took place close to the tunnels, we observed completely unexpected pulses of acidic water in the tunnel associated with tiny earthquakes detected by our seismometers in the surrounding rocks.

Laboratory experiments then showed that the changes in acidity are purely a result of the cracking of silica-based rocks such as granite.

Large earthquakes, of magnitude greater than three, have been previously shown to change groundwater chemistry. They create new cracks in the rock that connect previously isolated water bodies and allow them to mix.

The Strathclyde study, however, shows for the first time that small, imperceptible earthquakes can also cause chemical changes. These occur by a different mechanism – the breaking of silica bonds in the rock which affects the acidity of the surrounding water.

These findings are important because tiny, unfelt ‘micro’ earthquakes are extremely frequent and water acidity significantly affects most chemical reactions in the Earth – including, for example, rock weathering reactions that affect predictions of global carbon emissions and precipitation reactions that affect the likely locations of valuable metal ore deposits within the Earth.