STFC to build a new sensor for tracking extreme weather 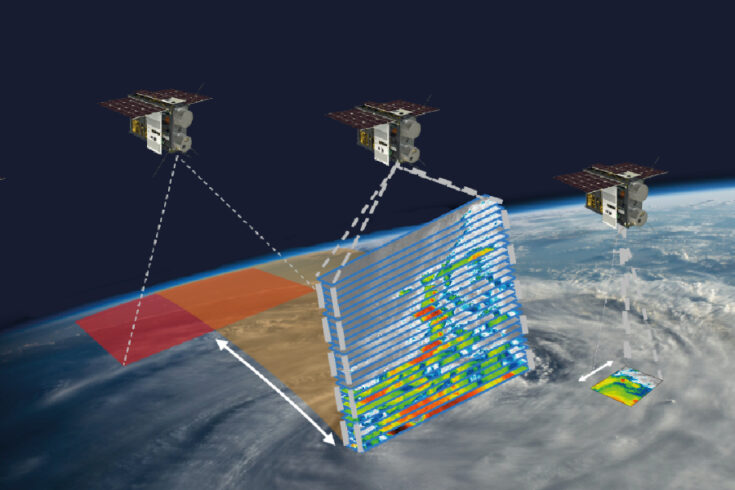 Scientists at the Science and Technology Facilities Council (STFC) have been granted government funding to develop a first-of-its-kind climate monitoring instrument.

With the UK Space Agency funding, STFC’s RAL Space will develop a pre-prototype of this new kind of sensor, which will be small enough to fly on board a nano-satellite.

The Hyperspectral Microwave Sounder (HYMS) is set to transform the future of weather forecasting. It has achieved four times greater sensitivity than sounder technology on board the current generation of meteorological satellites, and a hardware footprint 50-fold smaller.

Improving our understanding of the atmosphere’s temperature and moisture is one of the fundamental requirements to forecasting and mitigating the impacts of extreme weather events and climate change.

We’re excited to have the opportunity to accelerate the development of the HYMS sensor. The sensor could radically improve weather forecasting capability and our understanding of our planet’s climate.

This project will provide the foundations to launch a constellation of satellites to provide of weather and climate data globally.

The £600,000 funding will enable RAL Space to carry out rigorous analysis and develop the HYMS instrument, helping take this novel sensor another step closer to launch.

We want the UK to be a world leader in space technology which is why we are supporting our most ambitious innovators who are developing first-of-a-kind technologies to help solve some of our greatest challenges.

From slashing carbon emissions to protecting the UK’s critical services from harmful cyber-attacks, today’s funding will unshackle our most entrepreneurial space scientists so that they can transfer their revolutionary ideas into world class products and services, while helping to boost the UK economy.

Today, satellites provide over 90% of the data that goes into weather forecasting models, and microwave sensors play a crucial role.

The HYMS sensor goes leaps and bounds beyond what is currently possible, offering over 1000 sampling channels versus just 24 channels on the current generation of weather satellites. The greater the number of channels means there can be more observations of the atmosphere at different altitudes.

HYMS is also smaller than existing technology, meaning it can be flown in a constellation of multiple small satellites, giving a much more frequent view of the temperature and moisture of the atmosphere. This is difficult to do with large satellites due to the high costs of build and launch.