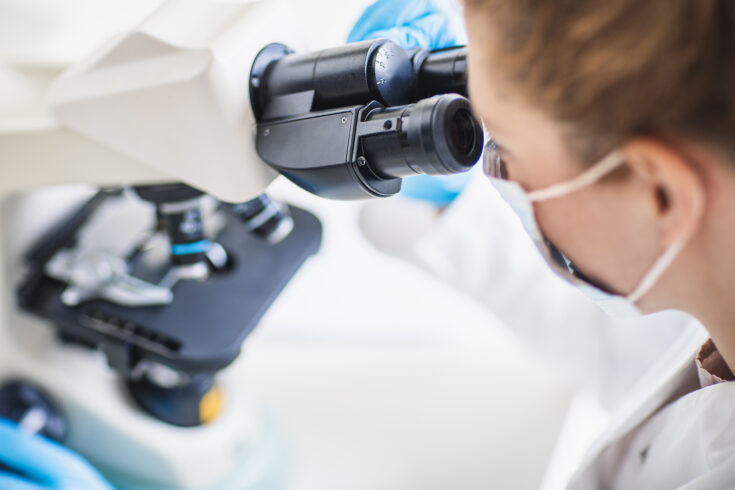 A simple test for early detection of oesophageal cancer, developed thanks to decades of taxpayer and charity-funded research, is now being rolled out in Scotland.

Around 9,100 people are diagnosed with oesophageal cancer each year in the UK, and 22 patients with this diagnosis die every day.

One of the most challenging things about treating this cancer is that it is usually diagnosed at an advanced stage, the early symptoms are often mistaken for heartburn. And this means that prognosis is poorer, with fewer treatment options available to patients.

Detecting oesophageal cancer earlier can make a big difference to the patient’s chances of being cured and recovering quickly, as the disease can be treated with surgery when caught early, without even the need for chemotherapy.

Some people develop a condition called Barrett’s disease, when cells in the gullet grow abnormally, prior to developing oesophageal cancer. Barrett’s is much more common than oesophageal cancer. Although it will only develop into cancer in a handful of cases, identifying it early presents an opportunity for doctors to monitor the condition and intervene before cancer develops.

Barrett’s oesophagus is usually diagnosed by having a biopsy during an endoscopy. It can be uncomfortable and require a hospital visit. It is also expensive. A typical endoscopy costs around several hundred pounds to the NHS.

For the past several years, researchers at the Medical Research Council (MRC) Cancer Unit in Cambridge have been developing a simple and inexpensive test called the cytosponge. The test can detect abnormal cells in the gullet, which may indicate a person is developing Barrett’s, or oesophageal cancer.

The cytosponge is a small round sponge contained within a dissolvable capsule. It is attached to a piece of string that is swallowed with water. The capsule dissolves in the stomach to expand into a sponge-like mesh which is 3cm wide. It is then pulled back up using the string, collecting cells on the way to be analysed for any abnormalities.

Unlike an endoscopy, the cytosponge does not require an invasive test, which is uncomfortable for the patient. It also only costs £25 and takes just 10 minutes to administer in a GP clinic without the need for a hospital visit.

Unfortunately, the pandemic has meant that the number of people being diagnosed and starting cancer treatments has dropped by the thousands across the UK.

There is an urgent need for a quick and simple test that can help the many people waiting for a diagnostic endoscopy. The cytosponge can help alleviate this burden on the NHS.

Indeed, the Cambridge team that developed the cytosponge have been using it during the pandemic, setting up a ‘cytosponge clinic’ at the Addenbrooke’s hospital in Cambridge.

The cytosponge was developed by Professor Rebecca Fitzgerald and her team at the MRC Cancer Unit since 2002. They were supported by MRC funding to develop a non-endoscopic device which has now gone all the way from conception to a clinical trial.

The team completed early clinical assessment of the technique in 2010, where the findings showed that the cytosponge provided an accurate and less uncomfortable method of diagnosis.

Cancer Research UK then funded a larger-scale multi-centre study to follow up these findings and found the test to be well tolerated, safe, and accurate. They showed that when the two methods (endoscopy and cytosponge) were compared, the cytosponge had similar accuracy in diagnosing Barrett’s as an endoscopy.

In October 2020, cytosponge was introduced in Scotland as a ‘simpler alternative to endoscopy’ in a £500,000 programme. NHS Greater Glasgow and Clyde and NHS Lanarkshire were the first to implement the test.

Less than a year later in July 2021, Scotland announced that the cytosponge device will now be used across all mainland Scottish health boards in the surveillance of people with Barrett’s Oesophagus.