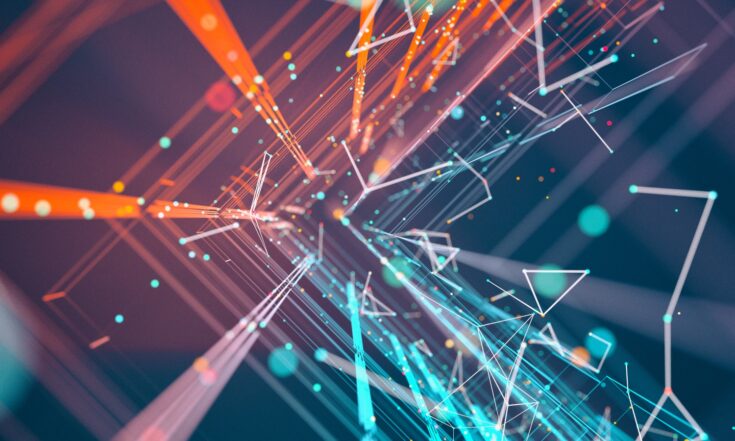 Storing energy in the soil, using seawater to water crops and developing new tools to warn against rockfalls and landslides are among 77 new projects.

Each project focuses on high risk, speculative engineering or information and communication technologies research with a potentially transformative impact.

The projects are supported by a £15 million investment from the Engineering and Physical Sciences Research Council (EPSRC), part of UK Research and Innovation, through the New Horizons initiative.

The investment builds on the more than 100 transformative New Horizons projects funded by EPSRC in 2020.

As well as supporting adventurous blue-sky research, New Horizons is a ground-breaking programme. The programme has trialled a streamlined application process to reduce bureaucracy and deliver a faster process compared to current standard funding routes.

EPSRC will now conduct further evaluation on the first two rounds of New Horizons and make an announcement on a further round in due course.

The adventurous thinking displayed in these new projects underlines the ingenuity and imagination of our research base, taking novel approaches to tackle major challenges.

The discovery-led science we support is at the heart of the research and innovation ecosystem.

Engineering and physical sciences underpins and advances research across all disciplines, catalysing the breakthroughs and technologies that deliver benefits and prosperity for all of society.

With wetter winters and higher intensity of rainfall predicted because of climate change, the frequency of rockfalls and landslides is likely to increase.

A project led by Dr Lina Stankovic at the University of Strathclyde aims to develop data-driven tools to act as an early warning system.

Current monitoring approaches rely on surface observations such as aerial or satellite imaging. But this project aims to identify precursory seismic signals that indicate instability and quantify their relationship with other subsurface measurements and influencing factors.

The new tools would combine sensors and machine learning to analyse factors such as precipitation, temperature and the likelihood of seismic activity with the ultimate intention of predicting impending landslides and their scale.

Researchers led by Professor Alessandro Di Nuovo at Sheffield Hallam University aim to create an artificial mind for robots that ‘grows up’ like a child’s brain.

This will be underpinned by neuromorphic computing that emulates the deep-lying architecture of the brain and will allow it to interpret and adapt to situations.

The creation of an artificial mind will enable the creation of robots with a human-like ability to reason, behave and interact. It will also boost research in life sciences disciplines such as neuroscience by allowing researchers to run biologically realistic simulations to test theories.

By simulating information on the inner workings of the brain that could not otherwise be detected, it could enhance our understanding of neurodevelopmental and learning disorders and lead to new treatments.

Medical records are an important resource for making discoveries about human health.

Patterns of symptoms and prescriptions can help researchers understand why patients respond differently to drugs and lead to new understanding about diseases.

However, the clinical notes in medical records frequently cannot be used for large-scale medical research since they are likely to contain sensitive patient information.

A project led by Dr Graham McDonald at the University of Glasgow aims to develop new methods to extract important information from clinical notes without exposing sensitive information.

The annotated synthetic records will provide a means to train machine learning-based models for extracting information from the real medical records while protecting patients’ identities.

The project will work with the NHS Safe Havens to explore how the developed approaches can benefit medical research and the NHS.

An estimated 11 million people in the UK live with neurological conditions such as depression, dementia or epilepsy.

While there is an ever-growing need for new drug treatments and therapies, advances are hampered by a lack of suitable methods to test and screen new approaches.

Such as using animal tissues where human brain cell behaviour is often different to that encountered in mouse neurons, for example.

A project led by Professor Rhein Parri at Aston University aims to overcome this by growing neurons from human-derived stem cells. These can then be grown on tiny scaffolds and develop into neuronal networks.

By printing these scaffolds and networks onto small electrodes, the team aim to be able to test the efficacy of new drugs on systems akin to the human brain.

It will make the process much quicker and greatly speeding up the discovery of new drugs.

Steelmaking is critical to our lives, from the cars we drive to the buildings we live in.

But its environmental footprint is huge; each blast furnace has the same carbon footprint of around 350,000 people and it is thought to consume 8% of the world’s energy.

A project led by Dr Jagroop Pandhal at The University of Sheffield aims to create a new method of capturing the carbon dioxide emitted by industry.

They will use micro algae, inspired by a mega-algal bloom, which followed wildfires in Australia.

These algae would be ‘atomised’ into aerosols and tested to determine whether they can be used to capture carbon without the prohibitive costs currently associated with other forms of doing so.

Filtering salt from saline water for use in agriculture

A team led by Dr Thomas Torode at Keele University aims to determine whether salts can be filtered from saline water before it’s used to water plants. This will ensure food security for a growing population.

Taking inspiration from a form of seagrass that is closely related to land crops, the researchers aim to transfer this trait to crop plants using advanced biotechnological techniques.

In addition to use for crops, determining the saline tolerance of semi-synthetic biomaterials could also lead to medical applications such as improved dialysis or improved water purification.

Researchers led by Dr Michael Harbottle at Cardiff University aim to overcome challenges to ensuring renewable energy is available as and when we need it and by storing it in the soil beneath our feet.

Current storage methods are disadvantaged by challenges such as resource availability, safe operation and a lack of capacity.

The team’s solution is to store excess electrical energy from renewable energy generation under the ground in the form of simple organic molecules.

These molecules are generated by electrically-stimulated microorganisms and stored in pores in the soil or sediment.

These will be consumed in soil or sediment microbial fuel cells when the energy needs to be extracted and energy could be stored almost anywhere as a result.

Up to 90% of the energy used over the lifetime of a ceramic component is consumed during manufacturing.

The very high temperatures required are a barrier to wider use in batteries and other devices.

A team of researchers led by Dr Claire Dancer and Professor Louis Piper at the University of Warwick are being supported by Lucideon Ltd.

They aim to eliminate the need for heating by using additive substances, which convert to metals at temperatures much lower than traditional sintering conditions.

These will be added to pellets of pure ceramic powders. The areas containing the additives will be heated enabling the pellets to form the desired shape and function by facilitating densification at close to room temperature.

This could radically reduce energy consumption in the ceramics industry and allow ceramics to be combined with other materials.

This will aid the development of scalable methods for:

Researchers led by Professor Meiling Zhu at the University of Exeter aim to turn electrified railway masts along the UK’s railway network into sustainable power sources.

This will ensure the network can keep up with the growing demands of 5G.

5G is critical to the future rail network as it will allow improved communications to ensure that greater capacity does not require more track.

However, its rollout is hindered by the high density of base stations required to run a 5G network.

The team propose using existing masts to harvest the high electromagnetic field energy generated by the network to power next generation 5G railway communication through small-cell base stations.