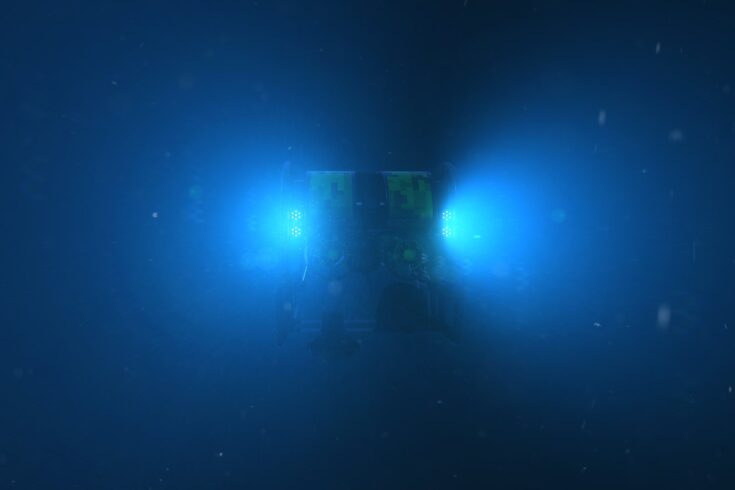 Three Robots for a Safer World competition winners will use AI to gather data, maintain windfarms and map the sea floor more efficiently and cost-effectively.

The three projects will all demonstrate new technologies, including:

Each project will receive a share of £4.5 million in funding from UK Research and Innovation’s Industrial Strategy Challenge Fund, supported by:

Fleets of autonomous aquatic robots, and an undersea navigation system more accurate than GPS, are two of the projects that will enable the UK to digitalise its coastal waters. The projects will support the growth of UK offshore industries across a range of sectors including:

The projects announced today will have a wide range of applications including in national security, as well as leading to improvements in the efficiency and cost of wind power that will be vital in helping us to achieve net zero.

In the run up to the COP26 conference in Glasgow, these projects are a prime example of the UK’s leading role in fighting climate change through innovative research.

The UK’s coastal waters offer a myriad of opportunities, from offshore wind and aquafarming, to mining and even national defence.

The Robots for a Safer World challenge will help Britain take more efficient advantage of these opportunities, helping us to achieve carbon neutrality and ensure national security.

Subsea autonomous systems have an important role to play in driving down costs and operational emissions to help us achieve our UK offshore net zero ambitions.

These projects are directly aligned with the technology centre’s roadmap and are a perfect example of disruptive technologies accelerating the energy transition. We’re delighted to help fund and support delivery of these projects over the coming months.

The aim of this competition was to develop the next generation of subsea autonomous systems for offshore subsea operations to address challenges common to numerous sectors, including:

Ideas for projects were generated at an innovation lab run by the UK Defence Solution Centre on behalf of the Ministry of Defence. There, innovators from across industry, academia and research organisations collaborated to develop and pitch novel solutions to challenges from:

In total, there were 129 first round competition applications, which were whittled down to a final 16 organisations with three winning projects.

This will support advancements in underwater robotics and autonomous systems to support the future growth of the offshore wind energy industry.

SEAMless will operate in open water and near infrastructure, to carry out targeted surveys and inspections for offshore renewables and oil and gas decommissioning.

The system will be able to map an entire offshore windfarm, creating a digital model, enabling underwater robots to position themselves and navigate safely due to increased autonomous awareness.

The Demeter project will use autonomous subsea robots to continuously collect and analyse data without the need for expensive, high-maintenance, energy intensive infrastructure.

This will lower the cost and environmental impact of utilising both renewable and non-renewable offshore resources. The project also has the potential for further applications in maritime security operations, including maritime surveillance.

The Squads of Adaptive Robots (SoAR) project will deliver fleets of autonomous underwater vehicles (AUV) and un-crewed surface vehicles overseen by an AI fleet capable of adaptive mission planning. This will provide a cost-effective way for offshore wind power operators to:

The Royal Navy is a £7 billion, 36,000 person organisation that operates from the sea bed to space as an integrated component of the UK’s Defence. It is transforming rapidly to ensure it employs the very latest technology at the front line.

This challenge was sponsored from the Office of the Chief Technology Officer to the Royal Navy whose role it is to accelerate the Royal Navy’s uptake of new technology, developing the processes, culture and opportunities that allow this to happen.

To deliver this, it has focused on digital, autonomy and agile ways of working as key enablers of unlocking the pace of change.

Specifically for this challenge, the Royal Navy provided £500,000 of funding and an experienced Royal Navy Engineer to assist through the selection and mentorship of the participants in the Innovation Lab.

The Chief Technology Officer also delivered a workshop during the Innovation Lab to explain the Royal Navy’s problem set to the delegates and explain the opportunities that novel technologies deliver as part of the way we operate.

The purpose of the Net Zero Technology Centre is to develop and deploy technology to accelerate an affordable net zero energy industry.

The Net Zero Technology Centre (formerly called OGTC) was created as part of the Aberdeen City Region Deal, with £180 million of UK and Scottish government funding to maximise the potential of the North Sea.

Since their inception in 2017, they have been advocates of the role of technology in decarbonising the oil and gas industry. They launched a Net Zero Solution Centre in 2019.

In 2020, they redefined their purpose to focus on developing and deploying technology for an affordable net zero energy industry. In 2021, they completed their pivot, changing our name from OGTC to the Net Zero Technology Centre to more accurately reflect their purpose.

More than £176 million has been co-invested with industry in technologies from effective well plugging and abandonment, asset integrity to autonomous robotics and renewable power systems. They have:

Created as part of the implementation plan for the Defence Growth Partnership (DGP) and jointly funded by government and industry, the UK DSC works closely with the UK’s:

This is a world first approach to collaboration in defence solutions and we believe this integrated model will position the UK defence industry as a world-leading centre of innovation.