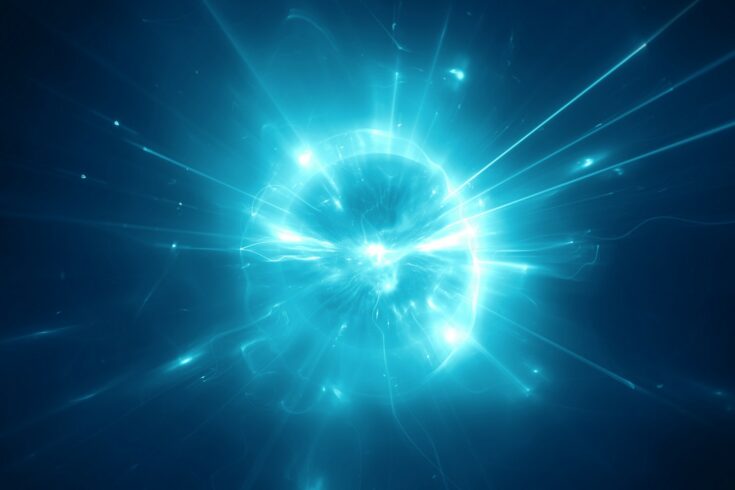 Researchers will use cutting-edge quantum technologies to transform our understanding of the universe, answering key questions around dark matter and black holes.

UK Research and Innovation (UKRI) is supporting seven projects with a £31 million investment to demonstrate how quantum technologies could solve some of the greatest mysteries in fundamental physics.

Just as quantum computing promises to revolutionise traditional computing, technologies such as quantum sensors have the potential to radically change our approach to understanding our universe.

A project led by the University of Nottingham aims to provide insights to the physics of the early universe and black holes that cannot be tested in a laboratory.

The team aims to use quantum simulators to mimic the extreme conditions of the early universe and black holes with sufficient accuracy to confirm some of Einstein’s predictions on general relativity.

A team led by Royal Holloway, University of London, will develop new quantum sensors which can be used to search for dark matter, the mysterious matter thought to make up most of the universe and influence how galaxies form.

The projects are supported through the Quantum Technologies for Fundamental Physics programme, delivered by the Science and Technology Facilities Council (STFC) and the Engineering and Physical Sciences Research Council (EPSRC) as part of UKRI’s Strategic Priorities Fund.

The programme is part of the National Quantum Technologies Programme.

STFC is proud to support these projects that utilise cutting-edge quantum technologies for novel and exciting research into fundamental physics.

These include exploring what dark matter is made of, finding the absolute mass of neutrinos and establishing how quantum mechanics fits with Einstein’s theory of relativity.

I believe strongly that this exciting new research programme will enable the UK to take the lead in a new way of exploring profound questions in fundamental physics.

The National Quantum Technologies Programme has successfully accelerated the first wave of quantum technologies to a maturity where they can be used to make advances in both fundamental science and industrial applications.

The investments UKRI is making through the Quantum Technologies for Fundamental Physics programme allows us to bring together the expertise of EPSRC and STFC to apply the latest advances in quantum science and technology to explore, and answer, long-standing research questions in fundamental physics.

This is a hugely exciting programme and we look forward to delivering these projects and funding further work in this area as well as exploring opportunities for exploiting quantum technologies with other UKRI partners.

As we build back better from the pandemic, it’s critical that we throw our weight behind new transformative technologies, such as quantum, that could help to unearth new scientific discoveries and cement the UK’s status as a science superpower.

Today’s funding will enable some of the UK’s most ambitious quantum researchers to develop state of art technologies that could help us solve important unanswered questions about our universe, from proving Einstein’s theory of relativity to understanding the mysterious behaviour of black holes.

Summaries of the projects

The consortium aims to exploit the precision of atomic, molecular and ion clocks – the most precise instruments ever built – to explore whether there are new effects taking place at the quantum, ie smallest, level which we are not currently aware of.

To reach the ultimate level of precision, the clocks will be linked in a network. In the case a variation of the ‘ticking’ of the hyper-sensitive clocks is observed, it will provide the first direct and quantitative evidence of new physics, that will help us unveiling the nature of the 95% unaccounted energy content of the Universe.

The network will also be a powerful detector of dark matter, which is the vast majority of the matter in the universe, but to date remains undetected.

The researchers aim to develop novel interferometers (devices capable of measuring the tiniest of length fluctuations through interference of light) to search for dark matter and for quantum aspects of space-time.

Quantum technologies such as squeezed light and single-photon detection will be used to achieve unprecedented sensitivity.

The nature of dark matter is unknown today, and if the signature of a quantisation of space-time or novel gravity theories could be found, this would profoundly inform the long-sought-for unification of quantum physics and gravity theory.

Quantum sensors for the hidden sector

The project aims to contribute to the search for axions, low-mass ‘hidden’ particles that are candidates to solve the mystery of dark matter. The team will develop ultra-low-noise quantum electronics to underpin the search for these hitherto undetected particles.

One application of the new quantum measurement technology will extend the mass search range of the US experiment ADMX, thereby contributing to the international effort to detect the dark matter component of our own galactic halo.

The project aims to harness recent breakthroughs in quantum technologies to solve one of the most important outstanding challenges in particle physics – determining the absolute mass of neutrinos.

Moreover, knowing the value of the neutrino mass is critical to our understanding of the origin of matter and evolution of the universe. They are poorly understood, however, and the researchers aim to develop pioneering new spectroscopy technology capable to precisely measure the mass of this elusive but important particle.

The project aims to develop quantum simulators capable of providing insights into the physics of the very early universe and black holes. The goals include: simulating aspects of quantum black holes; and testing theories of the quantum vacuum that underpin ideas on the origin of the universe.

The project aims to address two fundamental questions in cosmology – what is the nature of dark matter and how did the early universe evolve. By bringing together the frontiers of cosmology, ultralow temperatures and quantum technology, the ultra-sensitive quantum sensors they will develop will be used to search for dark matter candidates in a new mass range and to investigate phase transitions that simulate the early universe events that are predicted to produce gravitational wave signals.

The AION project will develop and utilise technology based on quantum interference between atoms to detect ultra-light dark matter and sources of gravitational waves, such as collisions between massive black holes far away in the universe and violent processes in the very early universe.

The team will design a 10m atom interferometer, preparing the construction of the instrument in Oxford and paving the way for larger-scale future experiments to be located in the UK. Members of the AION consortium will also contribute to MAGIS, a partner experiment in the US.

The Strategic Priorities Fund is an £830 million investment in multi- and interdisciplinary research across 34 themes.

It is funded through the government’s National Productivity Investment Fund and managed by UK Research and Innovation.

The fund aims to:

The National Quantum Technologies Programme (NQTP) was established in 2014 by the following partners:

It was formed to make the UK a global leader in the development and commercialisation of quantum technologies. World-class research and dynamic innovation, as the Government’s R&D Roadmap stresses, are part of an interconnected system.

The NQTP’s achievements to-date have been enabled by the coherent approach which brings this interconnected system together. NQTP has the ambition to grow and evolve research and technology development activities within the programme to continue to ensure that the UK has a balanced portfolio, is flexible and open, so that promising quantum technologies continue to emerge.

The NQTP is set to invest £1 billion of public and private sector funds over its ten-year lifetime.