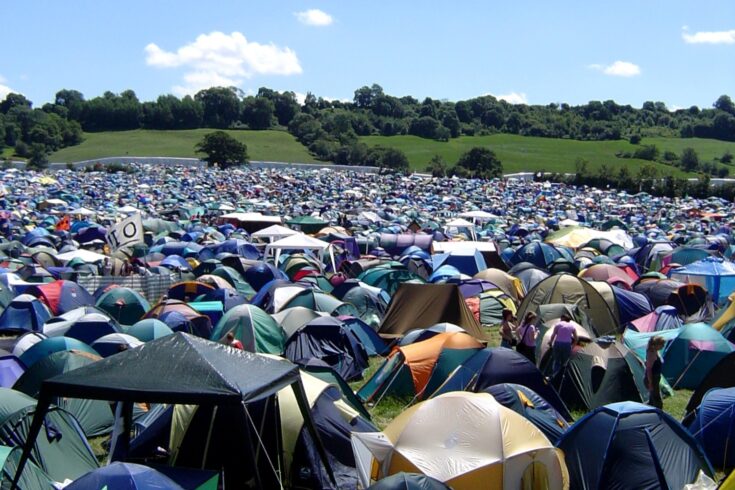 New digital database to provide unprecedented access to the past, present and future of Glastonbury Festival.

To coincide with the 50th anniversary of the first ever Glastonbury Festival, which took place on 19 September 1970, the Victoria and Albert Museum (V&A) announces a new project, funded by the Arts and Humanities Research Council (AHRC), to create an online database that will provide unrivalled access to the past, present and future of Glastonbury Festival.

As a result of the COVID-19 pandemic, the world-renowned festival was unable to celebrate its 50th anniversary this year at Worthy Farm.

As the cultural and creative sector suffers one of the toughest times in recent history, this new database demonstrates the V&A and AHRC’s commitment to promoting the importance of the performing arts.

In 2014, the V&A became the home to the Glastonbury archive for the nation. Documenting the cultural importance of the world’s leading performance festival, the collection brings together posters, stage designs, costumes, interviews, films and other memorabilia to safeguard the history and enable the continuing documentation of the festival today.

As part of this work, the V&A has also collected personal memories from those that have attended the festival.

Starting in June this year, the V&A announced a call for audience memories, and this will continue to form an important part of the archive as it grows in future years.

With funding for the project confirmed from AHRC, part of UK Research and Innovation, work will now begin to make these artefacts, stories and the history of Glastonbury Festival accessible via the new digital database.

The aim is for the open source, fully searchable database to be available to researchers and the public in 2021, enabling users to navigate and trace the rich performance history of the festival across time, stages and performers.

We are delighted to announce this exciting collaboration with the V&A to bring to the widest possible audience the performance history of Glastonbury Festival, a unique social history and an invaluable archive of modern music.

The digital database has huge potential to engage new audiences with the festival’s fascinating development over 50 years. It will also provide an exciting resource and model for other events and institutions as they look to archive for posterity their festival and performance events.

This project is part of our wider commitment to working with museums, galleries, libraries and archives to find innovative new ways to bring the riches of the UK’s heritage to the world.

We are so happy that this announcement coincides with our 50th birthday on Saturday. The memories and experiences enjoyed and shared by festival-goers are what makes Glastonbury so special, and I’m so pleased that such a wealth of fascinating content will now be accessible to everyone.