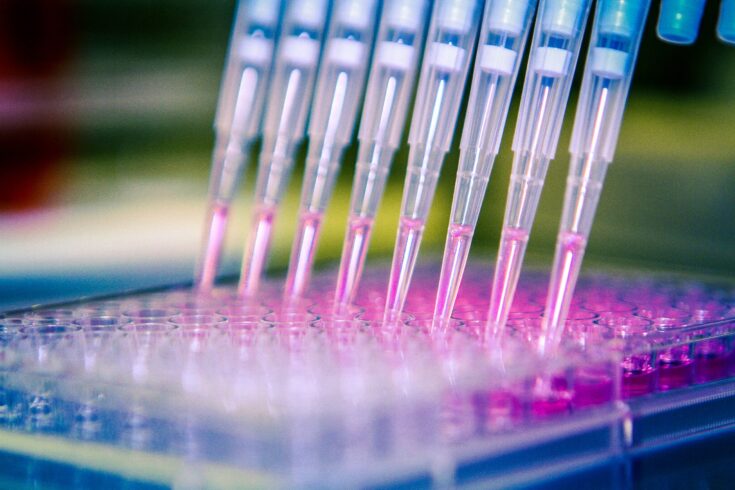 Professor Sharon Peacock, from the University of Cambridge and the COVID-19 Genomics UK (COG-UK) Consortium, has been awarded the MRC Millennium Medal 2021.

The MRC Millennium Medal is the Medical Research Council’s (MRC) most prestigious prize.

It is awarded to exceptional researchers who have made major contributions towards MRC’s mission to improve health, wealth and quality of life.

Professor Sharon Peacock is being honoured for:

As the latest recipient of the MRC Millennium Medal, Professor Sharon Peacock joins an outstanding group of researchers, including:

All of whom were recognised for their exceptional contributions to medical research.

Professor Peacock will be presented with the medal commissioned from the Royal Mint at an awards ceremony in spring 2022.

Professor Sharon Peacock is one of the world’s leading academic clinical microbiologists.

Her pioneering work on pathogen sequencing and her visionary leadership of COG-UK have had a profound impact on national and international policy and played a critical role in the COVID-19 pandemic response.

Sharon’s commitment to advancing EDI in research by leading women in science, technology, engineering, and mathematics (STEM) initiatives has been truly remarkable.

MRC is delighted to recognise Sharon’s achievements by awarding her the MRC Millennium Medal 2021.

I am deeply honoured to have been awarded the MRC Millennium Medal.

MRC have funded my research on real-world applications for pathogen genomics for over a decade.

I want to acknowledge the instrumental importance of MRC and UK Research and Innovation to myself and others in creating the scientific capabilities and expertise that has proved so vital during the pandemic response, and that has impacted on public health in the UK and beyond.

The medal and the science that it acknowledges has resulted from the commitment, expertise and creativity of a very large number of people that I have had the privilege to work with.

This includes my incredible research group in Cambridge: the principal investigators, consortium members, management team, advisors and partners of COG-UK and colleagues at the Wellcome Sanger Institute.

Sharon Peacock CBE FMedSci is a Professor of Public Health and Microbiology in the Department of Medicine at the University of Cambridge, and Executive Director of COG-UK.

Peacock is a pioneer and advocate for applying sequencing to public health and infection control, which has had a profound impact on national and international policy. It has placed the UK at the forefront of pathogen sequencing.

To date, her work has demonstrated the power of real-time sequencing to:

Professor Peacock has had a non-traditional career path, having left school at 16 to work in a shop.

She later entered formal training as a nurse, where she gained an interest in medicine, attending medical school before transitioning into research.

Sharon now has over two decades of scientific contributions in microbiology including 10 years supported by MRC funding, and spent seven years in Thailand working on tropical diseases.

She has received a number of prestigious awards across her career, including:

Leadership during the COVID-19 pandemic

Professor Peacock took rapid action in early March 2020 to initiate and direct COG-UK, which is a network of scientists and labs across the country that acted to generate genomic surveillance.

COG-UK provided information for public health, monitoring the emergence and spread of new variants of SARS COV-2 at local, national and international levels.

COG-UK played a key role in the detection and characterisation of global variants of concern during the COVID-19 pandemic, including the Alpha and Delta variants.

To date, more than one million UK SARS-CoV-2 genomes have been generated and used in the pandemic response. It has enabled scientists to understand how the virus is evolving within and beyond the UK.

Peacock actively promoted a ‘give away’ culture for genome data, methods, tools and know-how, which has been instrumental in providing less-equipped countries with the tools to manage the pandemic.

Find out more about COG-UK in an MRC blog post authored by Professor Sharon Peacock.

Peacock’s broad contributions to the research community exemplifies MRC values as an advocate for EDI and women in STEM.

She has advanced EDI across COG-UK through the development of the ‘Women in COG’ initiative which highlighted the critical role of female scientists during the pandemic.

Peacock also led the COG-UK celebration of International Women’s Day in 2021, with the nomination and celebration of 37 women working in COG-UK across a range of disciplines.