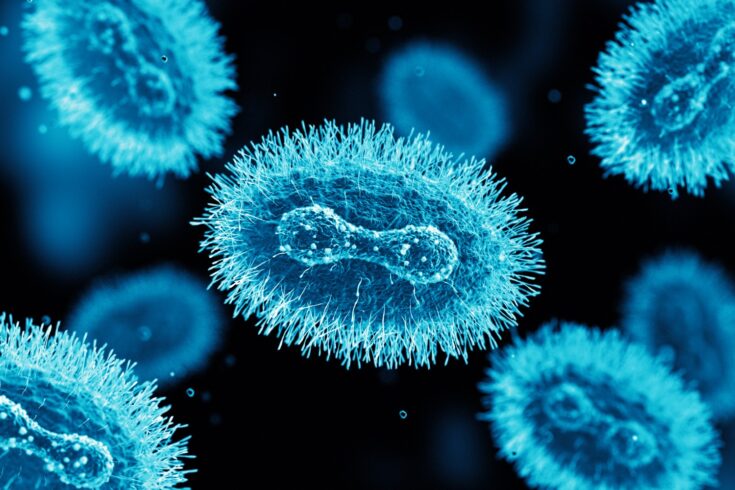 The UK’s efforts to tackle the monkeypox outbreak will receive a £2 million boost with the creation of a new research consortium.

The consortium will work together to develop better diagnostic tests, identify potential therapies and study vaccine effectiveness and the virus’ spread.

The consortium brings together 25 leading researchers and scientists from 12 institutions across the UK. It has received £2 million from the Biotechnology and Biosciences Research Council (BBSRC) and the Medical Research Council (MRC), both part of UK Research and Innovation (UKRI).

The consortium is led by The Pirbright Institute and the MRC-University of Glasgow Centre for Virus Research.

The researchers at institutes and universities will work closely with experts at government agencies to study the current outbreak and inform the public health response in the UK and internationally. These agencies include:

The consortium will focus on building our understanding in a number of key areas.

Studying the virus, including:

Learning from the vaccine roll-out, including:

The implications of the current monkeypox outbreak are huge. As well as tackling the current outbreak, we also need to be fully prepared for the next outbreak, because worldwide there’s a huge reservoir of infection.

One of the key ways we can do this is to develop rapid tests, which are very important to help clinicians on the front line to manage the disease.

Monkeypox is a public health challenge, so taking decisive, collective action to better understand this virus is paramount.

By bringing together research expertise in different areas, we will harness the UK’s world-leading knowledge to learn more about how the virus works and spreads and provide the foundations for the development of potential new treatments.

Professor Geoffrey Smith, from the University of Cambridge, said:

Few would have predicted that monkeypox virus would be causing a global epidemic in 2022.

The ability to respond quickly to this new challenge has been helped greatly not just by the swift and welcome response of UKRI, but also by decades of support for the study of orthopoxviruses from UKRI and the Wellcome Trust.

The information gained from those studies is valuable in the fight against monkeypox virus.

One of the real strengths of the UK’s scientific response to disease outbreaks is the way that we can draw on leading researchers from all over the country, who can pool their expertise to deliver results, fast.

Long-term support for animal and human virus research has ensured we have the capability to respond with agility.

This new national consortium will study the unprecedented monkeypox outbreak to better understand how to tackle it. This will feed rapidly into global public health strategies, developing new diagnostic tests and identifying potential therapies.

Thanks to the combined efforts of partners there is very high awareness of the disease, its symptoms and how to seek help and prevent transmission among those at higher risk.

The research from this consortium is vital and will put us in an even stronger position to quickly detect cases and better understand the transmission of the virus, helping to protect more people who are at risk now and from future outbreaks.

Consortium members include researchers from:

The monkeypox virus outbreak originated in West Africa. The current worldwide outbreak of cases spreading outside this area was first identified in May 2022. This is the first time that many monkeypox cases and clusters have been reported in non-endemic areas.

In the UK there have been more than 3,500 confirmed cases since May 2022, although new case numbers are currently falling. Internationally, the World Health Organization (WHO) reports it has spread to 106 countries and territories with 25 confirmed deaths.

Find out more about monkeypox: