Most detailed map of part of the Milky Way revealed 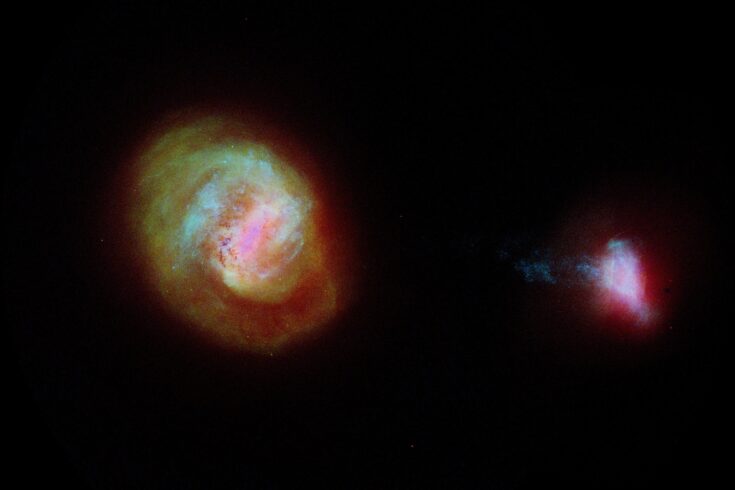 An international team of astronomers, including the UK, have today revealed the most detailed ever catalogue of the stars in part of our own galaxy – the Milky Way.

UK researchers have created a detailed 3D atlas of the Milky Way from data collected from the Gaia satellite. This data, which will allow researchers to find out more about how our solar system first began, came from the third data release of the European Space Agency’s (ESA) Gaia space observatory.

Gaia in the UK

Science and Technology Facilities Council (STFC), working with the UK Space Agency, has invested £2.4 million to support the management of the data from the mission and make it available to the scientific community.

The information collected by the satellite is analysed back on Earth by the Gaia Data Processing and Analysis Consortium (DPAC), funded by STFC together with UK Space Agency. The consortium continues to support the UK roles in Gaia data delivery to users, especially in:

This latest data release will enable astronomers, for the first time, to measure the mass of the Galaxy by examining the growth of the solar system. This will then give some indication as to the origins of the Milky Way and just how quickly the universe has expanded since the Big Bang.

UK contributions to Gaia, which includes funding from the UK Space Agency, support a consortium including:

Professor Gerry Gilmore of the University of Cambridge is the UK’s principal investigator for the data processing consortium. He said:

Work carried out at the universities of Edinburgh and Leicester is critical for the precision image location measurements, which allow Gaia’s superb astrometric accuracy.

The team at Mullard Space Science Laboratory are key contributors to the determinations of line of sight (radial) velocities from the spectrometer, adding the third dimension of motions. University of Cambridge leads the calibration of the photometry and the low-resolution spectrometry which underpins the Gaia science discoveries.

This UK leadership is reflected in first-author leadership of three of the ten technical papers describing the data release. It also contributes to the vast Gaia scientific productivity, where about ten-percent of all Gaia science analysis papers have a UK first-author, representing essentially all STFC-supported research groups in the UK.

Gaia was launched in 2013 and orbits in a stable position, where gravitational forces between the Earth and Sun are balanced, therefore allowing long-term views of the sky.

There have been three releases of data including the positions of two billion stars, and the new data also includes exceptionally accurate measurements of the 300,000 stars within the closest 326 light years to the Sun.

Gaia will continue gathering data until at least 2022, with a possible mission extension until 2025.

Top image:  A diagram of the two most important companion galaxies to the Milky Way, the Large Magellanic Cloud or LMC (left) and the Small Magellanic Cloud (SMC) made using data from the European Space Agency Gaia satellite. The two galaxies are connected by a 75,000 light-years long bridge of stars, some of which is seen extending from the left of the SMC. (Credit: ESA/Gaia/DPAC)