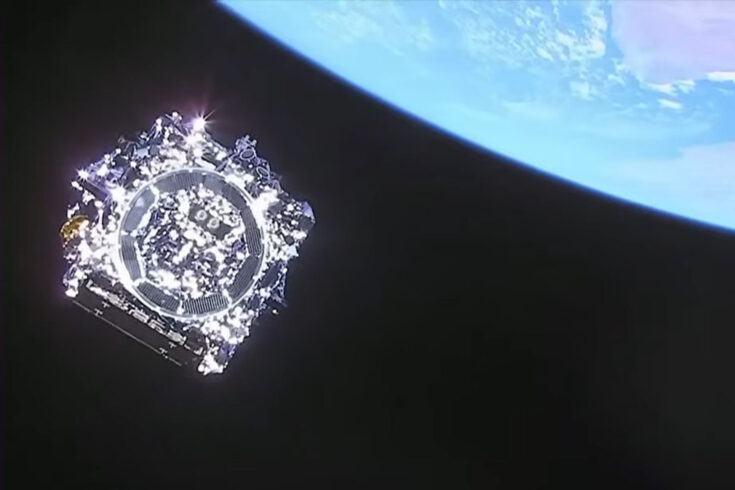 The James Webb Space Telescope (Webb) has reached its final destination where it will orbit about a million miles from Earth and observe the universe.

At Lagrange point 2 (L2), the telescope will look out into the universe to observe distant stars and look back at our own solar system in entirely new ways.

As scientists in the UK celebrate this milestone, the busy period of setting up the on-board instruments continues in order to achieve first light, expected this summer.

The mission is led by:

The UK played a major role by leading the European Consortium that, partnered with US institutes, designed, built and tested one of the four main science instruments, the Mid-Infrared Instrument (MIRI).

MIRI will deliver a host of capabilities, boasting:

Reactions from the UK

It is fantastic that Webb has successfully deployed and is now positioned in orbit at L2, a major milestone for the mission.

The MIRI team is looking forward to an exciting and busy time as the next steps of aligning the mirror segments and cooling MIRI down even further happen in the coming months.

It has been incredible to watch the progress Webb has been making during its journey out to L2. Now that it has reached its destination we’ll continue to monitor the cool down process, making sure MIRI reaches its chilly operating temperature of -267C safely.

This is a huge milestone towards first observations taking place later this year.

What a journey! It is great news that Webb has just reached its final position at L2. It has been an amazing few weeks since the launch on Christmas Day. Everything has gone as smoothly as we hoped, but dared not expect.

The launch was perfect, preserving thruster gas and allowing a much longer lifetime at L2 than expected. All our deployments have gone according to plan and the telescope is cooling down and ready for the alignment and focussing of all the mirror segments. I can’t wait to see the first images.

There have been a number of critical points in the Webb telescope’s journey, such as the complex unfolding of its sunshields and parts of the giant gold coated mirror.

Now Webb has just reached its home, about a million miles from Earth, engineers are calculating how much fuel remains for its operation. This will determine the Webb’s lifetime, somewhere between 10 and 20 years, this makes a big difference for astronomers!

We must now wait for several months during which the instruments cool down, before, with great fanfare, the space agencies release the first spectacular images.

Professor Richard Ellis, of UCL (University College London), who was the only European-based member of the panel which proposed what became Webb in 1996, said:

This is truly a fantastic achievement. I am especially excited because the scientific lifetime of the mission is likely now longer than originally planned.

When one considers the huge impact of Hubble over many years, this augurs well for Webb. The astronomical community can’t wait to see the first dramatic images of the early universe, hopefully later this year.

Find out more about the UK involvement in the James Webb Space Telescope.