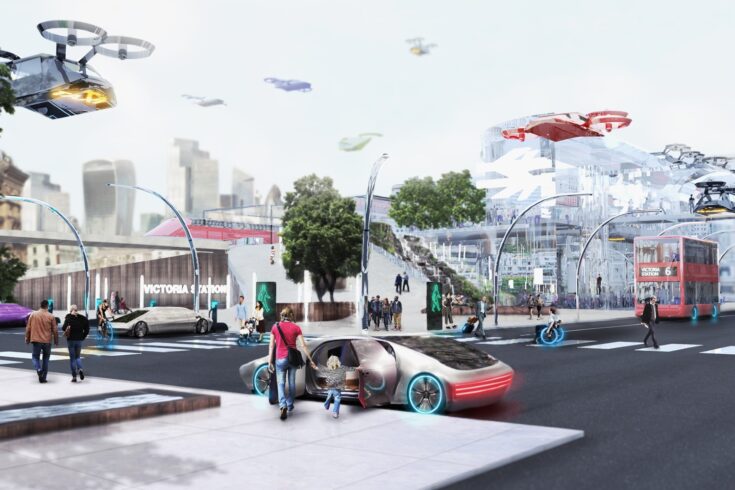 Flying taxis, drone deliveries and short haul plane journeys powered by hydrogen or batteries sounds far-fetched. But they’re not as far away as you might think.

UK Research and Innovation (UKRI), the UK’s research and innovation agency, has set out its vision for the future of air travel in Britain.

The future flight vision and roadmap sets out how zero emission air travel within and between British cities could be commonplace within a decade.

It is compiled by leading experts from:

One of the main elements of the roadmap is the use of hydrogen or electrically powered aircraft to provide short journeys for up to 10 people.

These vertical-takeoff air taxis would:

The same is true of the increased use of drones for both delivering goods and emergency services. These will:

Also in the roadmap are sustainably powered light aircraft to provide short regional flights, providing transportation between towns and cities.

These would then link in with the air transport within a city, allowing for a seamless, end to end travel experience.

The publication of the roadmap comes as aviation company Ampaire launches a week of hybrid electric light aircraft flight trials in the UK.

The company are part of the UKRI-funded Sustainable Aviation Test Environment  project.

They recently undertook a demonstration flight where one of their hybrid electric EEL aircrafts completed a 30-minute journey from the Orkney Isles to Wick in the north of Scotland.

In Coventry, as part of its 2021 City of Culture programme, the Air-One project is working on setting up the world’s smallest airport.

This pop-up airport can be deployed in days, in an area 60% smaller than a standard helipad and with minimal impact on the environment.

The project, led by Urban-Air Port and supported by Coventry City Council, is specifically designed to support electric vertical take off vehicles.

Achieving accessible, safe, sustainable transport will be a key element in the fight against climate change.

That’s why in the year of COP26, UKRI is setting out what it thinks air travel should look like in 2030.

Some of the concepts in this roadmap might seem a little further away than 2030, but the future is closer than you think.

We’re already seeing some these ideas put into practice, with the UK’s first vertical takeoff airport months from opening and a hybrid air travel trial taking place in Scotland at this very moment.