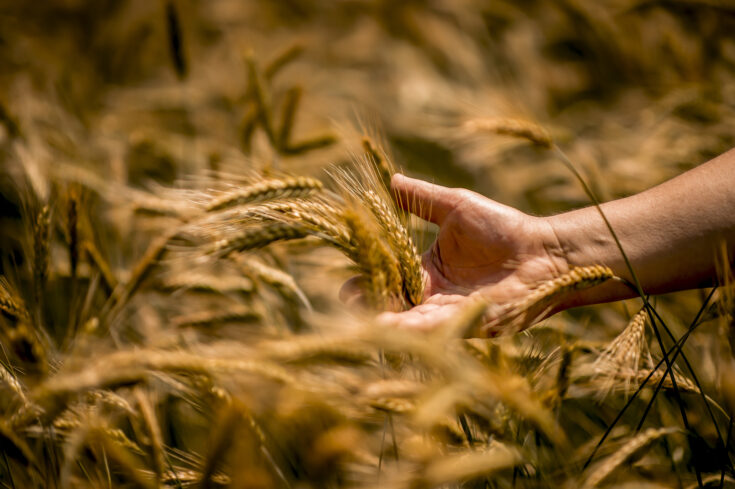 BBSRC funded UK research institute, Rothamsted Research, has been granted permission by Defra to run a series of field trials of wheat that has been genome edited.

The Hertfordshire-based experiments will be the first field trials of clustered regularly interspaced short palindromic repeats (CRISPR) edited wheat, anywhere in the UK or Europe.

The wheat has been edited to reduce levels of the naturally occurring amino acid, asparagine, which is converted to the carcinogenic processing contaminant, acrylamide, when bread is baked or toasted.

The ultimate aim of the project is to produce ultra-low asparagine, non-genetically modified (GM) wheat.

During development in the lab, researchers ‘knocked out’ the asparagine synthetase gene, TaASN2.

Asparagine concentrations in the grain of the edited plants were substantially reduced compared with un-edited plants, with one line showing a more than 90% reduction.

The plan is for a project of up to five years, ending in 2026, with plants being sown in September and October each year, and harvested the following September. Funding is in place for the first year, and additional support is being sought for the subsequent years.

The edited plants will be grown alongside wheat in which asparagine synthesis has been affected using the ‘old-fashioned’ method of chemically-induced mutation.

This technique has been widely used in plant breeding since the mid-20th century but is not targetable in the way that CRISPR is, and results in random mutations throughout the genome.

In contrast, CRISPR makes small changes to a target gene, in this case to knock that gene out so that a functional protein is no longer made from it. The process initially involves genetic modification to introduce genes required for the CRISPR process into the plant.

Once the edit has been made the GM part can be removed from the plants by conventional plant breeding methods over a few generations. The greater numbers of plants that can be grown in the field will speed up that process.

Despite the differences between genome editing with CRISPR and GM, genome edited plants are currently treated in the same way as GM under EU regulations, essentially blocking the use of a technology that is gaining official approval in many other parts of the world.

The hope is that the current UK government consultation on this issue will lead to new legislation in the UK, allowing genome edited food products, carefully regulated, to be available to consumers.

News of this new trial will likely be welcomed by the food industry, where acrylamide is classed as a processing contaminant which requires close monitoring under EU law.

Acrylamide has been a very serious problem for food manufacturers since being discovered in food in 2002. It causes cancer in rodents and is considered ‘probably carcinogenic’ for humans.

It occurs in bread and increases substantially when the bread is toasted, but is also present in other wheat products and many crop-derived foods that are fried, baked, roasted or toasted, including crisps and other snacks, chips, roast potatoes and coffee.

We believe that asparagine levels can be reduced substantially in wheat without compromising grain quality. This would benefit consumers by reducing their exposure to acrylamide from their diet, and food businesses by enabling them to comply with regulations on the presence of acrylamide in their products.

That is a long-term goal, however, and this project aims to assess the performance of the wheat plants in the field and measure the concentration of asparagine in the grain produced under field conditions.

This new trial will now measure the amount of asparagine in the grain of the same wheat when grown in the field, and assess other aspects of the wheat’s performance, such as yield and protein content.

The Rothamsted Research site has more information on the plants to be grown in the field trial, as well as a questions and answers.

Read the letter from the Department for Environment, Food and Rural Affairs (Defra) granting consent for the trial (PDF, 81KB).