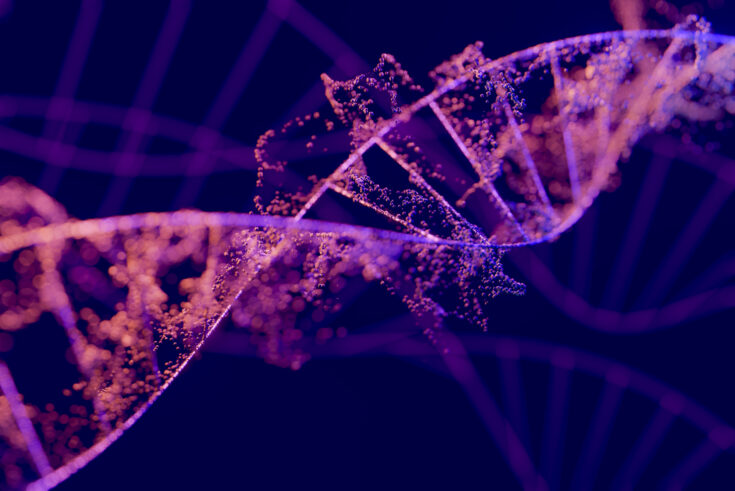 Researchers have shown for the first time that embryonic cells destined to become either egg or sperm rely on different methods of repressive gene regulation.

The research was conducted at the Medical Research Council (MRC) London Institute of Medical Sciences (LMS).

For a gene to be expressed by a cell, the DNA that codes for it needs to be open and accessible to specific proteins. This means how compacted the DNA is has a direct effect on whether a gene will be active or not.

Methylation, a type of chemical modification, is a form of epigenetic control cells use to silence gene expression. It does this through increasing local DNA compaction. The methylation can occur:

During development, primordial germ cells (PGCs, the embryonic precursors of gametes) lose almost all DNA methylation before they differentiate into either egg or sperm. This has left scientists questioning how these early germ cells regulate their gene expression, in particular what mechanisms they use to silence genes that should not be active.

To answer this, the MRC LMS Reprogramming and Chromatin research group, led by Professor Petra Hajkova, analysed modes of gene repression taking place in PGCs after they had undergone global DNA demethylation. The team found that these germ cells use alternative repressive epigenetic systems and crucially, these systems are employed differently in male and female germ cells.

To explore this further in a physiological context, the group analysed a mouse model where the gene required for K27 methylation, Ezh2 had been removed. The group saw that without Ezh2, female germ cells expressed genes in an uncontrolled manner, failed to differentiate and subsequently died.

Interestingly, male PCGs were not affected. This supports the idea of a parallel repressive gene control mechanism being at play in male germ cells at this stage of development.

The findings, published in Nature, provide insight in how PGCs regulate their genes in the absence of DNA methylation. And it shows, for the first time, that repressive gene regulation is sex-specific at this stage of germline development.

Epigenetic reprogramming is a highly orchestrated progress during life cycle. Our study provides a long-awaited answer to understand how cells coordinate different layers of controls to maintain gene expression during this process.

These results teach us something fundamental about the control of gene expression. What we have seen looking into the development of embryonic germ cells has a much broader impact because we know a number of human pathologies are characterised by global reduction of DNA methylation. This means our results provide valuable insights into what the diseased cells need to rely on, revealing their potential vulnerabilities.