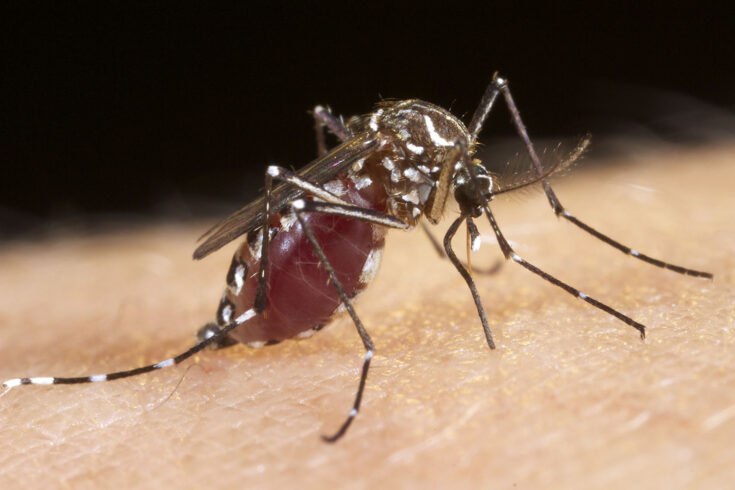 Scientists at The Pirbright Institute have created flightless mosquitoes by editing a specific gene that is required for females to fly.

This could provide a more controlled and targeted way of reducing mosquito populations in select areas where mosquito-borne diseases such as Zika and dengue are rife.

The research was carried out by the Pirbright Institute, which is strategically funded by the Biotechnology and Biological Sciences Research Council, part of UK Research and Innovation.

Insecticides have been used to reduce the burden of mosquito-borne diseases, which cause over one million deaths every year.

However, resistance to these chemicals is starting to appear and their broad action on other insects pose a threat to local ecosystems.

Studies published in the Public Library of Science Neglected Tropical Diseases describe how Pirbright researchers recognised a unique genetic trait in the flight muscles of mosquitoes which provides a potential target for use in gene drives.

This is a genetic method that ensures a desired characteristic is inherited at a higher than normal rate, enabling its spread through a population.

The mosquitoes Aedes aegypti and Culex quinquefasciatus, which transmit diseases like dengue, Zika, and West Nile fever, have an unusual characteristic. Some of the fundamental genes involved in flight are different in males and females.

The Pirbright researchers targeted Act4, the gene responsible for producing a protein called actin in female mosquitoes’ flight muscles, which is essential for muscle function.

This rendered them incapable of flying, whilst their male counterparts were unaffected since they use a different gene for their actin.

This discovery has great potential for future use in genetic population control methods.

As engineered males are unaffected, they would theoretically be just as fit as their wild counterparts, meaning they would be able to compete for female mates with equal efficiency.

This would ensure the engineered Act4 gene is inherited, resulting in female offspring that would be unable to fly.

Without flight, females are unable to mate and find a human and feed on their blood.

This would prevent females that inherit the edited Act4 gene from feeding on humans and transmitting diseases as well as stopping them from producing offspring. This would reduce the population if enough females inherit the gene.

The late acting nature of this trait would enable offspring to compete with wild populations during their larval stages. This would prevent wild mosquitoes from taking their place and result in an even greater population reduction.

Our work emphasises the importance of obtaining a thorough understanding of mosquito biology and investigating differences between male and female genetics and physiology.

There has been good progress investigating female fertility genes, but the unique control of actin production in females provides a different pathway for population control strategies to pursue.

This is a positive step towards providing new tools to tackle diseases like dengue, Zika and West Nile fever, although further work is needed to assess the mating competitiveness of the engineered males and their compatibility with gene drive systems.

This study was funded by: