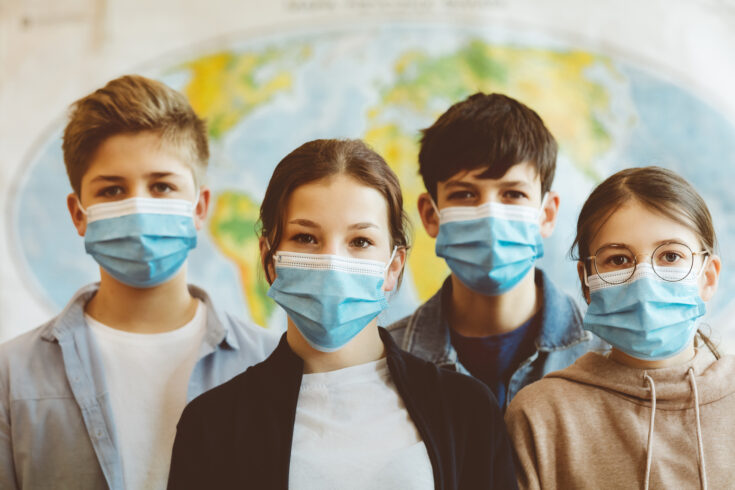 Study on long COVID in children suggests up to one in seven (14%) children and young people who caught SARS-CoV-2 may have symptoms linked to the virus 15 weeks later.

Up to one in seven (14%) children and young people who caught SARS-CoV-2 may have symptoms linked to the virus 15 weeks later, suggest preliminary findings from the world’s largest study on long COVID in children, led by:

To provide real-time information in the pandemic, the preliminary results are available as a preprint on Research Square.

For the study, funded by the UK’s National Institute for Health Research (NIHR) and UK Research and Innovation (UKRI), researchers surveyed:

They found that, when surveyed at an average of 15 weeks after their test:

The researchers said the data suggested that, over seven months between last September and March, at least 4,000 and possibly 32,000 teenagers of the total population of 11- to 17-year-olds who tested positive in England may have had multiple (three or more) symptoms tied to COVID-19 infection after 15 weeks*.

These figures are over and above the background symptom levels of teenagers in the control group who tested negative.

There is consistent evidence that some teenagers will have persisting symptoms after testing positive for SARS-CoV-2. Our study supports this evidence, with headaches and unusual tiredness the most common complaints.

The difference between the positive and negative groups is greater if we look at multiple symptoms, with those who had a positive test twice as likely to report three or more symptoms 15 weeks later.

This suggests that a number of symptoms should be considered when clinicians seek to define long COVID in children.

High numbers of young people who tested negative reported symptoms at 15 weeks and the researchers identified three factors that may explain this. One is that symptoms such as unusual tiredness are common in this age group generally.

The second is that the timing of the survey, between March and May, coincided with the return of school following lockdown and a likely increase in infections.

The third factor is that, of those young people sent a survey, only 13% responded. It is possible that these respondents were more likely to have poor health than those who did not respond.

Our study also shows the importance of having a comparison group so that long-lasting COVID-19 symptoms are not confused with non-COVID-related ill health. Without a control group of young people, our findings would be uninterpretable.

In addition to having a control group, one of the major strengths of this study is the follow-up of the children for up to two years which will give us insight into any long-lasting effects of COVID-19 in teenagers.

The research team sent questionnaires to about 220,000 young people in England and received 17,000 responses. This study drew on the responses of nearly 7,000 of those who were tested between January and March, excluding those who were tested earlier (September to December) and therefore at greater risk of recall bias.

For later studies, the researchers will analyse survey results at six months, a year and two years from the time of the PCR test.

The Children and young people with Long COVID (CLoCk) study is led by UCL and Public Health England and involves collaboration with researchers at:

These figures are over and above the background level of symptoms experienced by the negative test control group.