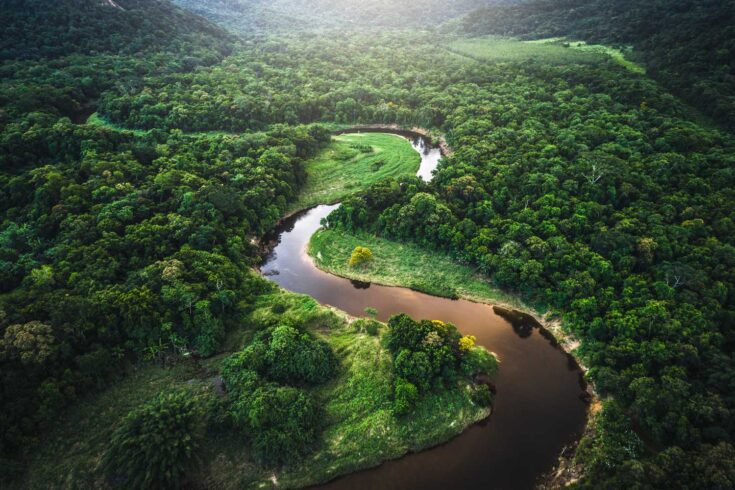 Six projects will look at cutting the UK’s greenhouse gas emissions, from exploring how to make accelerators carbon neutral to using drones to monitor tree health.

Funding from the Science and Technology Facilities Council (STFC), announced today, will allow scientists to explore ways to turn research into real-world solutions and technologies to help to reach net zero.

In 2019 the UK government committed to reducing the UK’s net emissions of greenhouse gases to zero by 2050.

Researchers have been leading this drive towards net zero, for example:

To win the funding, the technology had to come from an STFC lab or the project had to include expertise from STFC-funded research, to encourage scientists to find solutions in existing knowledge.

We all are responsible for finding ways to reduce our carbon emissions to achieve the government’s net zero target, especially in the research and innovation sector.

One of the ways we are doing that in STFC and across the scientific community is to look at how we conduct experiments and whether there might be more efficient ways of doing this.

We are also taking some of the cutting-edge techniques used for pioneering research and applying those to solve some of the biggest challenges to becoming a carbon neutral nation.

Many of the tree species in UK woodlands are under increasing stress due to environmental changes and attacks by invasive and non-native pests. One research team aims to demonstrate the potential of a low-cost hyperspectral drone-mounted sensor to monitor woodland composition and condition, and detect change.

The team will also review the potential to integrate such data into approaches to model woodland carbon storage.

The team is led by:

Molten salt fast reactors are an innovative nuclear technology that may substantially:

Experts say this technology could also reduce proliferation risks and improve reactor safety if properly developed. This project will investigate the impact of plating noble metals onto thermophysical and material properties of the molten salt reactor components. The team will evaluate how well the components resist corrosion and the radiation damage of the plated vessel material.

The team is led by:

This team is led by:

A group of researchers from across STFC are proposing to build a prototype zero-power dipole magnet for heavy ion beam analysis and isotope separation. The novelty of the instrument is the adjustable magnetic field, making it possible to reduce the carbon footprint of accelerator and isotope separation facilities. The STFC team includes, from across the Rutherford Appleton Laboratory (RAL) and the Daresbury Laboratory sites:

One technique being used to reduce carbon emissions is to capture the carbon at the emission source, dissolve it into water and inject it into underground rocks. STFC researchers based at RAL Space will develop the first ever real-time sensor capable of continuously and reliably monitoring the concentration of carbon in the water during the injection stage and afterwards. It will be:

Similar to hydrogen, ammonia is a promising zero carbon alternative fuel for engine and gas turbine applications. This project will study the combustion properties of ammonia aerosols using numerical simulations and validation, using data from the Bradley Combustion Laboratory at the University of Leeds.