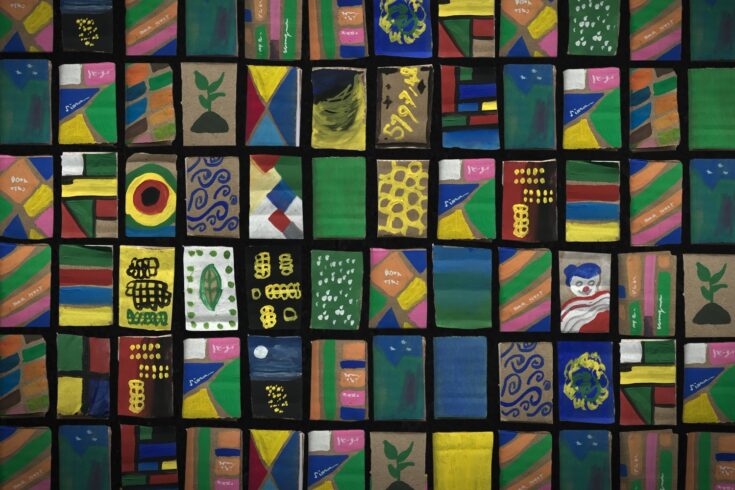 Animated Thinking is a new series of short films launching on 24 November 2020 on BBC Arts’ Culture in Quarantine site.

The films bring outstanding research across a range of disciplines to life, working with early career creatives, animators and filmmakers.

Developed by Arts and Humanities Research Council (AHRC), supported by BBC Arts, the series explores the latest ideas from arts and humanities researchers around the UK:

The films, produced by Calling the Shots, build on the long-standing BBC and AHRC relationship which also includes the New Generation Thinkers scheme, which enters its 10th year this year.

Since the beginning of the pandemic the arts and humanities have played a vital role in enhancing our wellbeing.

At this crucial time initiatives like Animated Thinking that open-up experiences and knowledge through digital platforms are more important than ever. Books, music, films and TV have all helped people across the UK get through this challenging time and continue to discover and explore through creative mediums.

Now, more than ever, we need to share the rich array of research in the world of arts and humanities with the public and open the window to a world of thought-provoking research.

The Animated Thinking films explore diverse topics such as:

AHRC-funded research has uncovered a wealth of incredible stories that our academics and animators have brought to life in a way that will captivate audiences.

The arts and humanities have played a vital role in supporting people over the past six months and films such as these will be an invaluable respite for millions in these restricted times.

We are proud to support projects like Animated Thinking which support young filmmakers and creatives working in an industry that is more vulnerable than ever. These films demonstrate the ability of the film and creative sector to be innovative during this difficult time and support the country throughout the pandemic and beyond.

As part of our ongoing Culture in Quarantine initiative to bring creative arts and culture into the homes of the nation and support artists, producers and creatives in these challenging  times, we’re very pleased to provide a platform to amplify the work of AHRC-funded academics – bringing an insight into their research and ideas for audiences in a fresh way.

The researchers, working with animators and filmmakers have created a series of engaging, enlightening and often quirky films that we hope will spark new ideas and conversations amongst audiences.

Are you Corrupt? explores social relationships in Ancient Greece and Rome and how their abuse could directly affect a citizen’s prestige and public standing.

Through Whose Eyes? is about the power of photography to shape how we view and remember the persecution of European Jews by the Nazi regime.

I Feel Different explores the untold stories of autistic girls and women in their own words to provide an insight into the intensity and sensory reality of feeling different.

A Room in Mumbai

A Room in Mumbai explores how women’s lives have been radically transformed by the transition from slum housing to high rise blocks in the largest city in India.

The Life and Times of a Witch Bottle

The Life and Times of a Witch Bottle tells the mysterious story of a stoneware flask from its manufacture in 17th century Germany, to its use as a ‘witch bottle’ in England, to its rediscovery in the present day.

Grief and the Pandemic

Grief and the Pandemic charts how the feelings we’re experiencing during this time of sadness and loss are far more widely shared than we might have thought.

Writing from the Shadows

Writing from the Shadows shows how ‘Cantonera’ cardboard publishing has transformed the lives of women living in prisons in Mexico.

Across the Big Water

Across the Big Water documents the history of willing and unwilling Native American visitors to the UK since the Middle Ages.

The History of the Brown Hare

From sacred creature to hunted prey, The History of the Brown Hare tells the story of one of Britain’s most mysterious animals.

Top image:  Still from the animated film 'Writing from the Shadows'