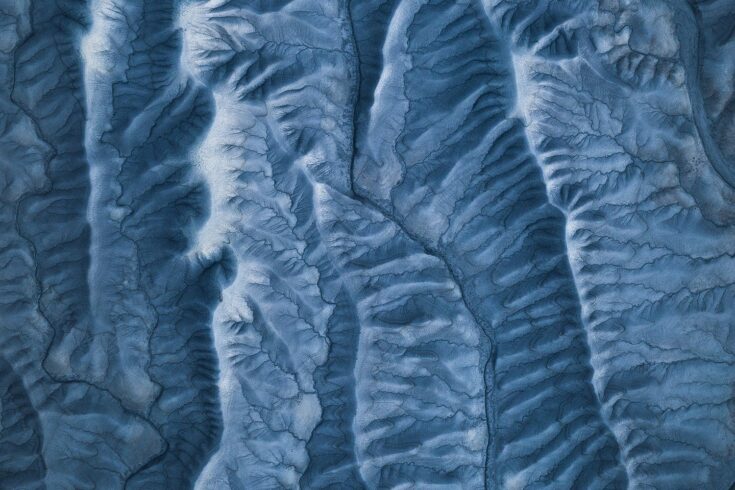 AHRC-funded PhD student and artist Wayne Binitie will present an immersive science-art exhibition at the Glasgow Science Centre this autumn.

The Polar Zero Exhibition will include an original glass sculpture containing Antarctic air from 1765, a pivotal moment in the Earth’s history, the beginning of the Industrial Revolution and the fossil fuel age.

The exhibition is a collaboration between the Arts and Humanities Research Council (AHRC), the British Antarctic Survey (BAS), Arup and the Royal College of Art (RCA).

The Polar Zero exhibition will be on display during the UN COP26 Climate Conference and will make an innovative cultural contribution to UK climate science communication, diplomacy and policy.

Wayne Binitie is strongly motivated by the urgent need to address the climate crisis and has previously exhibited critically acclaimed, climate-inspired pieces at the V&A Museum (Vimeo) and Arup.

Thanks to his longstanding commitment to exploring the Earth’s fragile glacial past, present and future through contemporary art, Wayne formed a unique relationship with the British Antarctic Survey.

Bringing art and science together

The exhibition will draw on the BAS ice-core laboratory, which stores cylinders drilled from ice sheets or glaciers for use by scientists to measure and predict climate change.

Wayne uses the ice-core laboratory as a repository of scientific and cultural data that reflects humanity’s engagement with, and intervention in, the polar regions, uncovering hidden narratives embedded in the ice.

The collaborators hope that people who experience these works will gain a better understanding of humanity’s impact on the natural environment and its climate systems.

An important part of the exhibition is an original glass sculpture containing air from 1765: a technically challenging piece that has been achieved in collaboration with Arup’s advanced engineering capability.

Extracted from an Antarctic ice core and encased in an ampule within the sculpture, this air will transport visitors back to the pre-Industrial Revolution era.

The entire creation process will be captured on video and be accessible online.

A programme of public and government engagement, as well as media and social media activity around the exhibition, will stimulate new ways of thinking and express the impact of climate change on humanity.

Polar Zero emerges as the need to rethink the human and non-human history of the Polar Regions is more urgent than ever before.

COP26 is an invitation for all of us to rethink our way of life.

When the arts and the sciences come together, they have the power to stir something inside of us and inspire lasting change.

This exhibition will demonstrate what we can achieve when we use the arts to inspire people to connect to the human emotion of climate change, driving us all to build a greener, more sustainable future.

We are delighted that AHRC is funding Polar Zero. Our research collaboration with Wayne has evolved over the last five or six years. It has been a journey of discovery for both artist and scientists and involved high levels of creativity.

Exchanging ideas in the ice core lab or over a coffee was exciting and stimulating and we hope that our exhibition and online visitors can feel inspired, share our enthusiasm and see the world differently. Antarctic ice is an archive of the Earth’s hidden climate history.

The skill of the artist is in helping us tap into human emotion to provoke curiosity, action and hope for the future.