84 new Future Leaders Fellows and £100m for next round announced 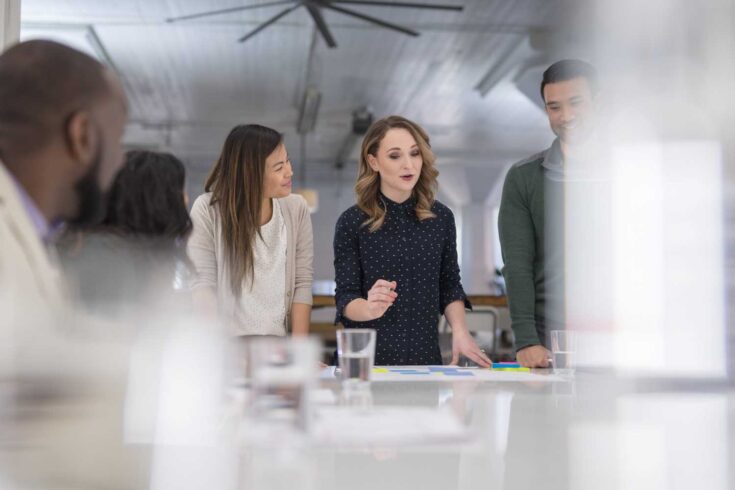 Eighty four of the most promising research leaders will benefit from £98 million to tackle major global issues and to commercialise their innovations in the UK.

UKRI’s flagship Future Leaders Fellowships allow universities and businesses to develop their most talented early career researchers and innovators and to attract new people to their organisations, including from overseas.

Additionally, £100 million of new funding is being announced today for another round of the successful fellowships: round 7.

Innovators for the future

The cutting-edge projects supported by the fellowships also include:

Among the future scientific leaders announced today is Dr Stefania Soldini at the University of Liverpool, who will lead research into the development of a fleet of self-driven small satellites that will be sent out into the solar system to track and analyse asteroids.

This will provide vital data about possible threats to Earth, helping to develop mitigation against the risk of impact.

They will also enable scientists to unlock any resources present on the asteroids, such as water, that may be used to produce rocket fuel and support human space exploration.

Another project is led by Dr Alalea Kia at Imperial College London. She has developed a clogging resistant permeable pavement to mitigate against the impacts of climate change and urbanisation-related flooding.

This flooding has a projected global cost of £500 billion a year by 2030 and is expected to cost the UK economy £27 billion annually by 2080, without investment in flood resilient infrastructure.

The funding will enable her to reengineer her novel pavement to develop the first permeable pavement with sufficient strength and resilience for airport, road and railway infrastructure.

The Future Leaders Fellowships provide researchers and innovators with the freedom and generous long-term support to progress adventurous new ideas, and to move across disciplinary boundaries and between academia and industry.

The fellows announced today provide shining examples of the talented researchers and innovators across every discipline attracted to pursue their ideas in universities and businesses throughout the UK, with the potential to deliver transformative research that can be felt across society and the economy.

Building on the success of the £900 million invested in the first six rounds of Future Leaders Fellowship, UKRI has additionally committed £100 million for a seventh round. An eighth round is planned to follow.

The scheme helps universities and businesses in the UK recruit, develop and retain the world’s best researchers and innovators, regardless of their background.

Researchers can apply for substantial long-term funding to support their research or innovation and develop their careers, with each fellowship lasting four to seven years.

The projects will be an important part of the government’s ambition to cement the UK’s status as a global leader in science, research and innovation.

Some of the projects announced today include the following:

Dr Phoenix will investigate the impact of prejudice based on skin shade, known as colourism. This is a facet of racism that favours people with light skin over those with darker skin shades.

Her research will lead to the establishment of an international network to study colourism and an agenda-setting colourism research centre.

Dr MacGilchrist will lead a project to improve our understanding of the carbon-absorbing properties of the oceans, and its evolution over the coming centuries.

At present, the oceans act as overall absorbers of atmospheric carbon, protecting us against the global warming that arises from human carbon emissions. However, geological records from the deep ocean indicate that this might not always be the case.

This project will apply novel mathematical approaches to create improved models of the global ocean carbon cycle, which will provide oceanographers, climate scientists and paleoceanographers with a new toolkit and framework for examining major CO2 change.

This futuristic technology has the potential to allow us to feel 3D holographs with our bare hands, meaning they can be physically interacted with in mid-air.

This project aims to identify the complex factors that perpetuate women’s vulnerability in garment work and target action to address the systemic causes of inequity within supply chains.

Many antibiotics target bacterial cell walls, but some bacteria can evade them by temporarily surviving in a cell wall-deficient state. The phenomenon, called ‘L-form switching’, sees bacteria survive the effects of antibiotics in a weakened state, before rebuilding the wall and resurging once the course of treatment is complete.

It is implicated in recurrent infections such as:

Dr Mickiewicz will research how bacteria survive in this form and how best to eradicate them.

Dr Leal will lead research into the consequences of human impacts on tropical headwater streams.

These vital ecosystems sustain a disproportionately high share of global biodiversity, but are under intensive pressure from land use change.

Her research will investigate human impacts, from roads to pesticides, on biodiversity in streams in the Brazilian Amazon. She aims to develop land use policy and practice mechanisms to promote sustainable stream management.

Dr Janeczek’s project at Renovos will lead the way in using synthetic nanoclays in cell delivery for regenerative medicine.

These industrial ingredients can be formulated into injectable gels, that can deliver and retain various therapeutic agents at a required site within the human body to influence tissue regeneration.

They have the potential to help grow back missing cartilage and other tissues by holding stem cells in place while providing the environment they need to grow.

Full list of Future Leaders Fellows and their institutions