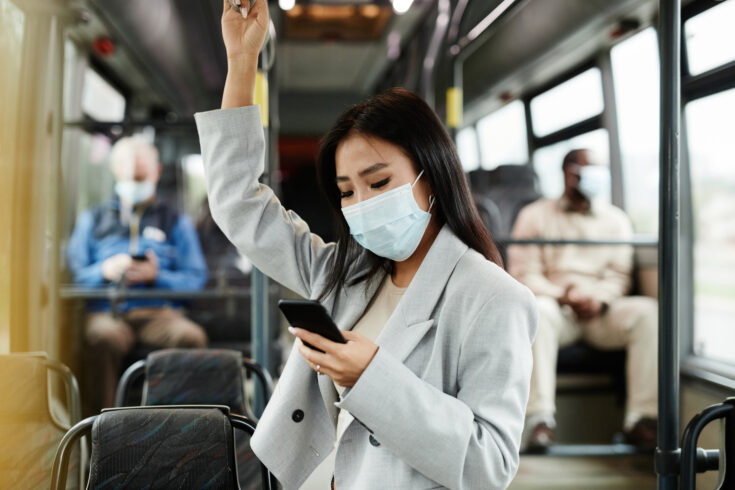 Researchers in the UK are working to establish why people from Black, Asian and minority ethnic backgrounds are more likely to die from COVID-19.

They are also working to determine why the same groups might be more at risk from severe COVID-19 symptoms.

A gene that could cause a higher death rate from COVID-19 in people of South Asian heritage has been identified by scientists from the Medical Research Council (MRC) Weatherall Institute of Molecular Medicine.

The LZTFL1 gene is carried by 60% of people with South Asian ancestry. The researchers say it partly explains the excess deaths seen in some UK communities and the impact of COVID-19 in the Indian subcontinent.

The team was surprised that LZTFL1 was behind the effect, as it is relatively unstudied and they suspected others might be responsible.

They found that a higher risk version of the gene probably prevents the cells lining the airways and lungs from responding to the virus properly. Importantly, it doesn’t affect the immune system, so the researchers expect people carrying this version of the gene to respond normally to vaccines.

The higher risk DNA code is found more commonly in some black and minority ethnic communities but not in others. Socioeconomic factors are also likely to be important in explaining why some communities have been particularly badly affected by the COVID-19 pandemic.

Although we cannot change our genetics, our results show that the people with the higher risk gene are likely to particularly benefit from vaccination. Since the genetic signal affects the lung rather than the immune system it means that the increased risk should be cancelled out by the vaccine.

The research was published in Nature Genetics.

In April 2021, a team at the University of Nottingham announced its findings on healthcare workers treating hospitalised patients.

It found that black healthcare workers treating hospitalised patients during the first wave of the pandemic were more likely to have had coronavirus infections than their white counterparts.

This was true even when factors like age, sex, socioeconomic background and job role were taken into account.

The study combined data from:

The disproportionate COVID-19 death rate among people from Black, Asian and minority ethnic backgrounds was established by mid-July 2020.

UKRI and the National Institute for Health Research (NIHR) identified it as an urgent area of focus. Six projects were funded to understand the links between COVID-19 and ethnicity and mitigate their impact.

At the time, Chief Medical Officer for England and Head of the NIHR, Professor Chris Whitty, said:

With evidence showing that people from Black, Asian and minority ethnic backgrounds are more severely affected by COVID-19, it is critical that we understand what factors are driving this risk to address them effectively.

There is unlikely to be a simple answer and we must consider all possibilities, reflected in the range of projects we have funded, so that we can save as many lives as possible during this pandemic and any future outbreaks.

UK Research Study into Ethnicity And COVID-19 outcomes in Healthcare workers (UK-REACH) is calculating the risk of contracting and dying from COVID-19 for ethnic minority healthcare workers. It has access to over two million healthcare records held by national healthcare organisations.

By spring 2021 the study had recruited around 18,000 healthcare workers from each of the four nations of the UK. Respondents include doctors, nurses and non-clinical staff like cleaners and porters.

The healthcare workers will be surveyed and interviewed over 12 months to find out:

An analysis of interim data found that nearly a quarter of healthcare workers were hesitant about COVID-19 vaccines.

The team has also organised a stakeholder group of national organisations to help conduct the research and provide evidence to policymakers so that decisions can be made in near real-time. The group includes:

This project aims to better understand the impact of COVID-19 on minority ethnic and migrant groups and how to tackle it in community settings.

The study builds on ‘Virus Watch’. Funded by UKRI and NIHR to study 25,000 individuals across the country in a nationally representative household cohort, it monitored the spread of the novel coronavirus across England. This funding enabled them to recruit 12,000 more people from minority ethnic and migrant groups.

Their symptoms are followed over time and subsets of participants receive antigen and antibody tests. Other factors being studied include:

The team is also using the Million Migrant Cohort study of healthcare and mortality outcomes in non-EU migrants and refugees to England since 2015. In collaboration with Public Health England, this will be linked with data on COVID-19 diagnosis and hospitalisation to determine:

This project is designing culturally-relevant health messages for Black and South Asian groups and delivering these messages through specific and trusted communications channels.

The team is working alongside local, regional and national:

They will co-produce written and visual aids, short films mainly for smartphone viewing and mobile apps.

It is hoped this will influence behaviours that reduce the transmission of COVID-19, such as:

The information gained from the project will be shared with the Black and South Asian community, community leaders and policymakers including NHS England and Public Health England.

This study will determine the risk of infection and death from COVID-19 in individual ethnic groups and explain why these differences might exist.

The team is combining over 40 million patient GP records across rural and urban areas of England to create one of the largest COVID-19 cohorts in the UK. They will describe patterns of COVID-19 disease and death according to ethnicity and use statistical modelling to understand these differences.

This study uses the UK Biobank cohort, which has been linked to national COVID-19 data.

Using this dataset, the team is conducting statistical modelling to examine whether the increased risk of developing severe COVID-19 in minority ethnic groups is explained by differences in underlying health status, lifestyle behaviours such as physical activity. They are also examining environmental factors, including measures of social inequality.

This work will unpick why minority ethnic groups may be at increased risk and whether this increased risk is observed equally across the population. For example:

In April 2021, the team published research that suggests deprivation is driving COVID-19 disparities among South Asian, Black African and Caribbean populations. Deprivation could be considered the main cause of these populations’ disproportionate:

Cameron Razieh was the lead author of the analysis and is an epidemiologist at the University of Leicester who specialises in ethnic minority health conditions. He said:

The method of analysis we used in this study upholds that inequalities in health or health behaviours in people living with high deprivation are, in the most part, the result of the high deprivation itself.

If we take this as truth, then we can conclude that high levels of deprivation are helping drive COVID-19 ethnic disparities. Reducing deprivation within the whole population could therefore play a pivotal role in reducing ethnic inequalities in COVID-19 outcomes observed in South Asian and Black communities.

Get a regular round-up of all our COVID-19 news and articles.