Helping indigenous people face an uncertain future in the Arctic 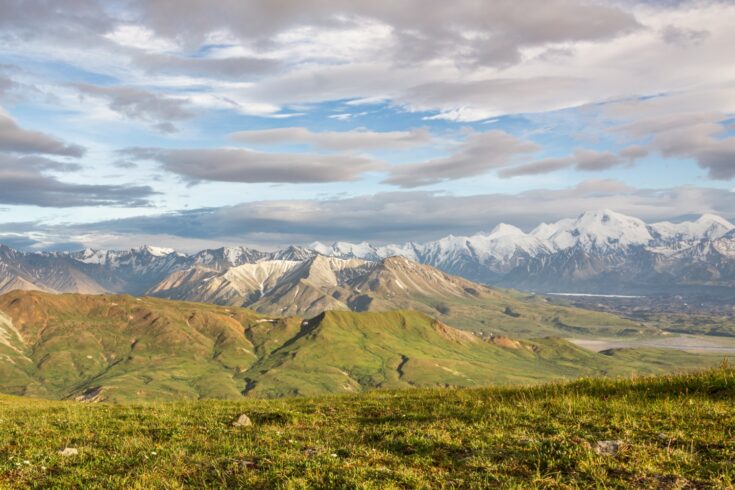 As climate change threatens Alaska’s traditional cultures, an award-winning project is helping local people understand their past and prepare for the future.

The effects of climate change are particularly pronounced in the Arctic.

The Nunalleq project, funded by the Arts and Humanities Research Council, is helping the community:

For thousands of years, the life of the Yup’ik people has been entwined with their environment of land, sea and ice.

This relationship is central to their world view, as reflected in the Yup’ik word ‘ella’, which can be translated as:

Climate change threatens not just their livelihoods but their very culture.

At the same time, the melting permafrost is revealing a spectacular but fragile archaeological resource.

This includes a settlement near the village of Quinhagak called Nunalleq, in Yup’ik ‘the old village’, which dates back at least 700 years.

More than 100,000 artefacts have been discovered including:

This collection, by far the largest assembly of pre-contact Yup’ik material ever found, is now in the purpose-built Quinhagak museum.

One of the oldest roadhouses of Alaska (credit: brytta/GettyImages)

The rich archaeological record from the Nunalleq site is being used to tell how the local people have faced life-changing situations before.

It will help their descendants struggling with global warming to understand their past and take charge of their future.

As part of the project, the team produced a free interactive multimedia resource for children that has been used widely in schools and the community.

‘Nunalleq: Stories from the Village of our Ancestors’, explores the excavation of a 500-year old Yup’ik sod house in the village.

It brings to life the village’s history, and takes local people on a journey from their past to their future.

The programme, developed in partnership with the University of Dundee, was awarded the 2021 Award for Outstanding Digital Archaeology by the Archaeological Institute of America.

Project leader Dr Rick Knecht is from the University of Aberdeen.

With his team, Rick has spent 12 years excavating at Quinhagak and living among the people to develop a deep understanding of their culture.

The Nunalleq project has continued to exceed our fondest hopes in terms of the spectacular finds, amazing new insights into the Yup’ik past and a whole new level of engagement of Yup’ik young people with their culture and traditions.