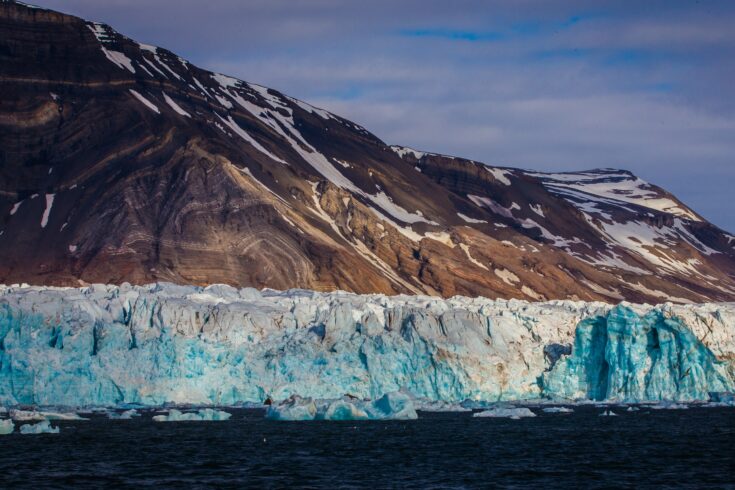 Doctoral student combines visuals and footage of the polar landscape with literature to connect people with the changing Arctic landscape and inspire action.

Adam Laity, a student from UWE Bristol, created ‘A Short Film About Ice’ after spending a month filming in the Arctic in 2017. He travelled on a scientific sailing ship along with a small group of artists and scientists from across the world.

The film, which has been screened at film festivals around the world, strikes an emotional connection with viewers. Adam hopes it will prompt them to find out more about the topic and inspire action.

Talking about his ambition for the film, Adam says:

I’d like viewers to feel emotionally moved at first, and then I’d like them to be curious about the subject matter on an intellectual level. We need to start seeing ourselves, specifically in the images we create, as an integral part of the natural world, rather than in front of or separate to nature.

The film touches on themes of cultural responsibility and eco-anxiety, and the dramatic imagery of the film depicts the shapes and colours of:

These images explore the role of the human and the artist within such fragile polar landscapes in a time of rapid climate change.

The message of A Short Film About Ice is essentially that humans and nature are inter-connected in ways that are hard to understand, and that lack of understanding has caused the break-down of our global climate system.

It is a really personal film and attempts to deal honestly with the effects of eco-anxiety and poor mental health I was suffering when it was filmed, which from the feedback I’ve received reflects a vulnerability that many people feel about this subject.

The film is the major research output for Adam’s Arts and Humanities Research Council funded PhD at UWE Bristol, which is part of the 3D3 Centre for Doctoral Training. He explores how the craft of cinematography can offer new ways of seeing the world, particularly at a time when images are so vital to how we communicate.

Watch the nine-minute excerpt of the film, A Short Film About Ice (Vimeo).

Recent awards for the film include: