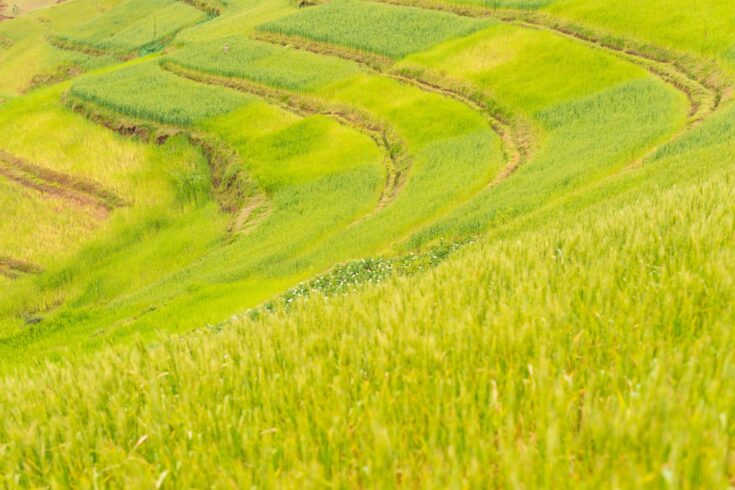 BBSRC-funded researchers have created an advanced plant disease detection system, which is helping to improve crop protection and food security in Ethiopia.

Researchers at the John Innes Centre (JIC) have used a mobile, real-time plant pathogen diagnosis device to detect wheat pathogens in the field.

The portable device, called MARPLE (Mobile and Real-time PLant disEase) diagnostics, detects which strain of the fungus pathogen is infecting a wheat crop in just two days, so users can make fast decisions to control the disease and protect harvests. The MARPLE kit is designed for use in the field. It fits in a suitcase and does not need any additional laboratory equipment. Previously, infected samples were sent to specialist labs for testing, which took many months.

Ethiopia is sub-Saharan Africa’s largest wheat producer and is considered a gateway for new rust pathogen strains entering from Asia. MARPLE is being rolled out across five research hubs in major wheat-growing areas in Ethiopia.

The real-time cereal killer detective, Dr Diane Saunders from the JIC, says the whole MARPLE diagnostics technique was tested in the back of a car:

The kit is as simple as possible. It doesn’t need access to additional laboratory equipment, so everything you need to use is in a single suitcase and people can just move it between locations. It’s also been set up with the needs of Ethiopia in mind. We can run all elements on battery packs and it doesn’t need any internet access.