Scientist responsible for ensuring the ozone layer continues to heal 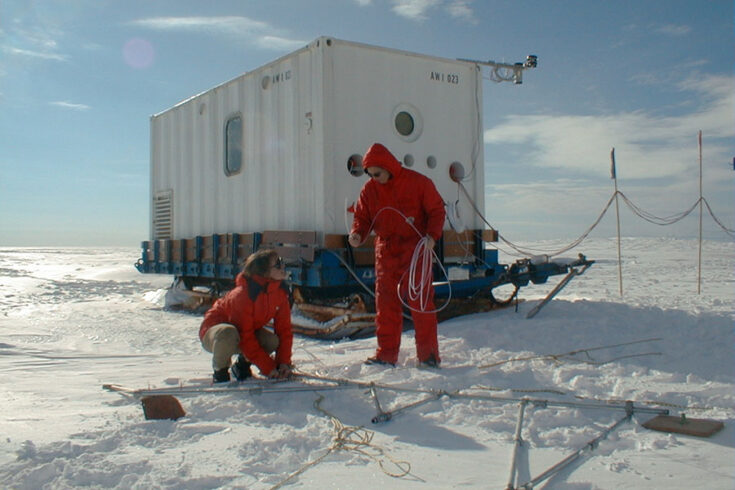 It’s 36 years since scientists first discovered the hole in the ozone layer.

It’s an invisible shield which absorbs harmful UV rays from the Sun, and without which complex life on Earth would not exist.

The finding spurred a whole environmental movement in the 1980s and led to the Montreal Protocol: an agreement to ban chlorofluorocarbons (CFCs), the chemicals responsible for destroying ozone.

Now the Antarctic ozone hole is slowly healing. Although as CFCs have atmospheric lifetimes of 50 years or more, the atmosphere will not fully recover until after 2070, even in the absence of further emissions.

However the story doesn’t end there. 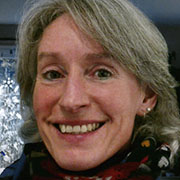 We speak with Dr Anna Jones, Interim Director of Science at British Antarctic Survey (BAS), who is responsible for monitoring the ozone layer over Antarctica, and ensuring it continues to heal.

Anna, can you tell us about your background and the research you conduct in Antarctica?

I’m acting Director of Science at BAS, but I’m an atmospheric chemist by background.  I did a chemistry degree at the University of East Anglia, and then I did my PhD at Cambridge. My PhD was actually looking at the effect of supersonic aircraft on the ozone layer.

During my career I’ve done a lot of research on the stratosphere, the upper atmosphere where the hole in the ozone was discovered, but I’ve also done a lot more recently in the troposphere, the lowest level of the atmosphere.

At the moment I run a lab in coastal Antarctica (the Clean Air Sector Laboratory (CASLab)), which measures trace gases and aerosols in the lower atmosphere. A particular area of focus at the moment is where aerosols come from. Aerosols are tiny solid or liquid particles suspended in the air. They may form via chemical reactions in the atmosphere, or may be released directly in the form of sea salt, for example.

Why is this research important?

We know that aerosols play a big role in determining the properties of clouds. At the same time, clouds are very important in determining the radiative balance of Antarctica, whether it warms or cools. That’s because, depending on their specific properties, clouds can either reflect the Sun’s energy back out to space, or trap and reflect heat back to the earth, exacerbating warming.

However at the moment we don’t fully understand the way aerosols and clouds interact, so there is a lot of uncertainty in the models. This is particularly important when we think about the ocean around Antarctica, the Southern Ocean, which removes a lot of heat from the atmosphere.

At the moment models aren’t able to reproduce sea surface temperatures correctly, which makes it harder to produce reliable predictions of long-term climate. This is probably because the interactions between aerosols and clouds are not correct, our research will help solve this problem, and tell us more about how Antarctica and the Southern Ocean will respond to climate change.

How does your research feed into efforts to heal the ozone layer?

As part of my role I oversee the long-term observations of ozone at Halley station.

This work is incredibly important because there are people who say the ozone problem is solved, we have banned these different ozone depleting chemicals, but actually the story is not over at all. For instance, recently it was discovered that CFCs were still being produced illegally.

It’s vital that we continue to monitor the ozone layer until we have complete confidence that it is going to absolutely go back to where it was before. The long-term measurements of ozone are incredibly important because the recovery is far from finished.

In your opinion, what impact did the original discovery of the hole in the ozone layer have on the world?

It had an absolutely massive impact. It triggered the environmental movement of the 1980s. It put environmental protection high up the political agenda, but it also provided a framework in the shape of the Montreal Protocol for how to tackle global environmental problems.

What was very clever about the protocol was that although it was signed in the 1980s, there was a clause in it that said it had to be reviewed on a regular basis. So as new evidence came to light about other ozone depleting substances, they could also be included.

For instance, in 2016, research by the Natural Environmental Research Council (NERC) led to hydrofluorocarbons (HFCs), potent climate gases, being added to the list of controlled substances with an agreement to phase-down their use over the next 30 years.

It really demonstrated the type of legislation needed to tackle global environmental problems, which is exactly what we need now with climate change.

Scientists think the hole in the ozone layer will disappear completely by 2075. Are there any challenges or barriers preventing this happening?

One challenge is if you have illegal production of ozone depleting chemicals.

However there might also be new chemicals that are manufactured or synthesised that turn out to be ozone depleting substances.

The other thing concerns what is happening to temperatures in the stratosphere. Although greenhouse gases cause global warming overall, they actually cool the upper atmosphere. Those conditions exacerbate ozone loss.

Anything that we do to tackle global warming and climate change will reduce the cooling of the stratosphere, and that will help the ozone layer recover quicker.

Finally, what lessons can we draw from the Montreal Protocol when trying to combat climate change today?

There are important parallels between the Montreal Protocol and legislation needed to solve climate change, most obviously, that both need significant international co-operation.

But the climate change problem is much more complex, given our current almost global reliance on fossil fuels. The hope is that the Montreal Protocol provides some assurance that solutions to global environmental problems can be found, even if they are not easy.