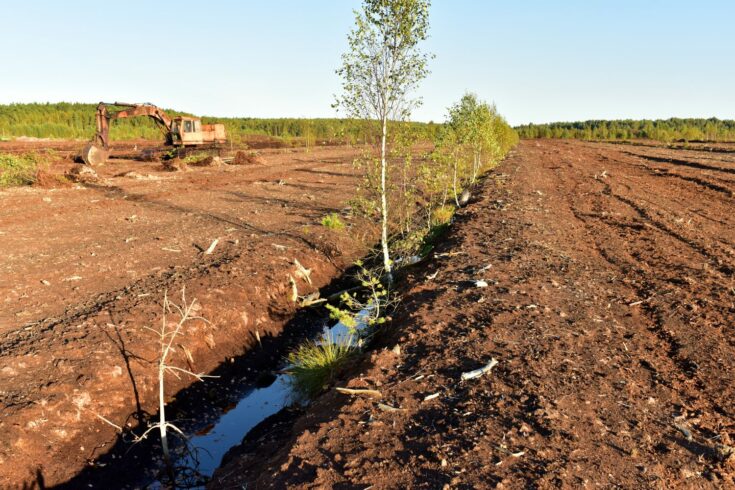 The UK’s peatlands are now better protected, thanks to a carbon markets scheme developed by NERC-funded researchers that leverages funding to conserve this vital habitat.

As the UK’s first ecosystem market for peatland restoration, the Peatland Code will conserve thousands of hectares of UK peatland, securing benefits for:

UK peatlands currently lock away more than three billion tonnes of carbon, greater than the amount of carbon soaked up every year by all of the world’s oceans combined.

Their protection plays a key role in the UK meeting its net zero targets by 2050.

They also act as a home to rare wildlife, a source for clean drinking water, and provide natural flood alleviation.

Despite this, years of damage has left 80% of the UK’s peatlands in an unhealthy state.

The code is the UK’s first regulated scheme that provides businesses with a means to invest in peatland restoration projects through carbon offsetting.

The code is developed together with the International Union for the Conservation of Nature’s (IUCN) UK Peatland Programme.

It uses both public and private investment to pay landowners to restore land and thus preserve the climate benefits of healthy peatlands.

Further work is co-funded by:

It showed how private schemes like the Peatland Code could integrate with government agricultural payment schemes.

There are currently 11 validated projects under the scheme, with 20 more in development.

This will collectively avoid the of loss over 570,000 tonnes of CO2-equivalent greenhouse gases to the atmosphere, equal to taking 230,000 flights from London to Sydney.

On top of the climate benefits, schemes under the Peatland Code have leveraged significant funds for UK regions, through:

Multi-million investments by devolved government include:

The Peatland Code has been integral to the success of the 1M Welsh Peatlands Sustainable Management Scheme, funded by Welsh Government, giving us the opportunity to leverage additional funding for peatland restoration.

The benefits extend beyond UK borders to global peatlands, informing the development of international policies and ecosystem markets across 29 countries.

New strategies and policies were introduced to protect peatlands in 29 countries, which together represent the majority of global peatland emissions.