Why we need an international effort to study fungal infections 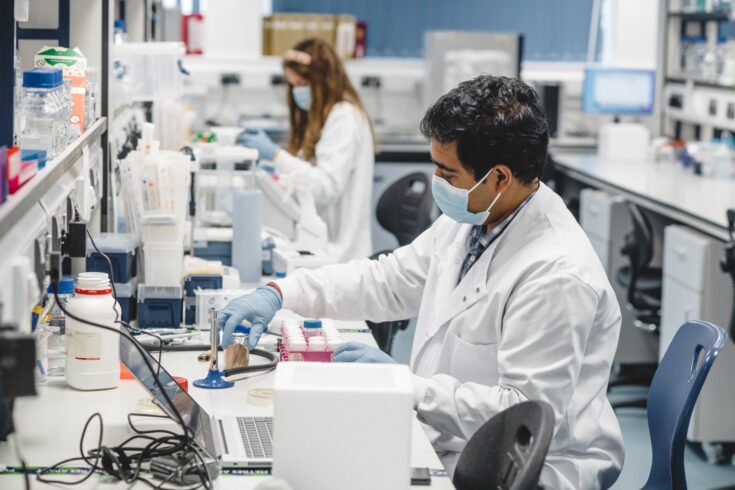 All of us suffer fungal infections at some point in our lives.

The vast majority of fungal infections, such as athlete’s foot, dandruff or thrush, are non-life threatening, yet all are difficult to treat, and available therapies are few.

Most people are not aware that fungi also cause life-threatening, invasive infections.

Fungal infections can be fatal

Fungi can also cause serious complications in people suffering from other diseases, such as:

In fact, we have only recently realised that co-infections with fungi often have serious consequences for people suffering from severe influenza or COVID-19.

Millions are affected by fungal-related allergies and asthma, while fungal eye infections cause blindness in hundreds of thousands of people every year. New data suggest that fungi are involved in:

We are addressing the need for an international research effort in medical mycology through our research:

Historically, serious fungal infections have been largely considered diseases of the diseased and consequently, fungi have been neglected as an important pathogen group.

The lack of awareness of the enormous impact of fungi on human health has led to a critical shortage of basic scientists and clinicians in our field. This is reflected in funding from the major UK and US funding agencies, where less than 3% of infectious disease budgets are spent on medical mycology.

Notably, the dearth of people working in this field has drastically constrained our scientific progress. Indeed, compared to other pathogens, our ability to diagnose and treat fungal infections is incredibly restricted.

Also, there is no vaccine against any fungal pathogen in current clinical use.

Most worrying is the rise and rapid spread of antifungal resistance to the very limited arsenal of antifungal drugs. This has already led to untreatable fungal infections, resulting in death in nearly all cases.

High temperatures are leading to the emergence of frightening new fungal diseases, as the ability of several fungi to cause infection is induced at higher temperatures.

One very real example is the multi-drug resistant Candida auris, a fungal pathogen largely acquired in hospital settings. It was only discovered a decade ago but has already spread worldwide.

The road to tackling fungal infections

So, what are we to do to address the issue of fungal infections and their drug resistance?

We hope that through our efforts, and those of our colleagues, we are starting to make some inroads in our ability to tackle these devastating diseases. But the more people we can attract to this field, and the more global our efforts can be, the better.

Gordon D. Brown FRS, Professor of Immunology and Director of the MRC CMM at the University of Exeter

Gordon directs the Africa Medical Mycology Unit at the University of Cape Town, where he holds an honorary professorship. His primary research interests are C-type lectin receptors and their role in homeostasis and immunity, with a particular focus on antifungal immunity.

Adilia Warris, Co-Director of the MRC CMM at the University of Exeter

Adilia holds an honorary position in paediatric infectious diseases at the Great Ormond Street Hospital in London. Her research profile has a strong translational focus and specific areas of interest include antifungal resistance and host-fungus interactions in specific patient populations.

Alistair J P Brown, Co-Director for Training in our MRC CMM at the University of Exeter

Al's team is dissecting how Candida albicans adapts to host tissues to evade immune recognition during commensalism and infection.

Elaine Bignell, Professor of Medical Mycology and a Co-Director (Research) for the MRC CMM at the University of Exeter