The museum as a catalyst 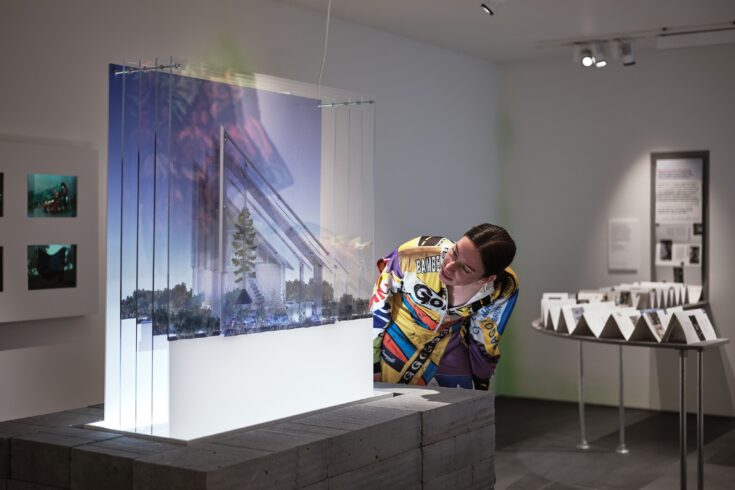 This blog explores how museums can play an active role in shaping the future – and how design can help to decarbonise our world.

Museums are changing. Once imposing repositories for looking and learning have become lively gathering places that encourage visitors to be active participants. Museums have also become contested sites, the focus of heated debates about the restitution of colonial objects and activist campaigns against fossil fuel sponsorship.

But there is another way in which they can change. They can be catalysts, proactively supporting a just and sustainable future. In their traditional role, they would do this by raising awareness through exhibitions and public programmes.

The Design Museum has a rare opportunity to do just that.

In November 2021, the museum launched an initiative called Future Observatory, a national platform for design research focused on the green transition, funded by the Arts and Humanities Research Council (AHRC). The aim of the programme is to support the world-class research taking place at British universities and other research centres and, crucially, to help it achieve impact.

Through collaborations between universities and industry partners, Future Observatory has supported research into the mountains of plastic curtains disposed of by the NHS, software that makes it easier to recycle computers and a novel technique of computer-cut timber walls for housing developments, along with a dozen other projects.

Now Future Observatory can take this programme to a different scale. In July, AHRC announced a £25 million programme called Future Observatory: Design the Green Transition which will be delivered in partnership with the Design Museum over the next three years.

This funding will support design research at a range of scales. At one end there are ‘design ecosystems’ that will build on regional or national networks of researchers, businesses and public bodies to address major environmental issues. At the other end of the scale are small projects that seek to prototype design solutions to very local issues.

Design and decarbonising our world

Design is one of the drivers of the UK economy. In 2019 the design sector contributed £97.4 billion in gross value added (GVA) to the UK economy, 4.9% of total UK GVA. That is almost the value of the hospitality and real-estate sectors combined. It is also a major employer, with 1.97 million people working in the design economy in 2020 – or one in 20 workers in the UK.

But more importantly than economic impact, design has a crucial role to play in decarbonising the material world, from buildings and transport systems to everyday products.

Future Observatory: Design the Green Transition is the largest publicly funded programme of design research and innovation in the UK. And it is culturally significant for two reasons.

The first is that it demonstrates a faith in what the economist Mariana Mazzucato calls ‘mission-led innovation’. She argues that, far from expecting the market to deliver the innovation needed to tackle the greatest issues of our day, governments need to show leadership. Mazzucato’s analogy is the Apollo mission that delivered John F Kennedy’s dream of landing a man on the moon within a decade.

While missions into space no longer feel urgent, the investment and focus required for a moonshot are the way to take on the much greater challenge of climate change. In that sense, Future Observatory is a prime example of the shift in public investment that Mazzucato argues needs to occur: a shift “from ‘support and measure’ to ‘lead and learn’”.

Museums playing a proactive role in shaping the future

The second reason why Future Observatory is culturally significant is because it is based at a museum, and it potentially redefines what a museum can be.

We tend to think of museums as places that help us understand the past and sometimes the present. It is rare for a museum to play a proactive role in helping to shape the future, but that is exactly what Future Observatory will do. It shifts the dynamic beyond the museum’s usual function of ‘raising awareness’, and gives it the agency to define research directions and to fund them. This is a role, I would argue, that is particularly well suited to a museum of design.

This is a chance for the museum to be a bridge between the UK’s research culture and the partners that can apply it. Moreover, being a museum means being able to engage the public along the way, presenting critical research as it evolves. People desperately want to be able to believe in a better future. Museums can help shape that future, and invite the public on the journey.

Justin McGuirk is Programme Director of the Arts and Humanities Research Council (AHRC) funded Future Observatory. He is also Chief Curator at the Design Museum.