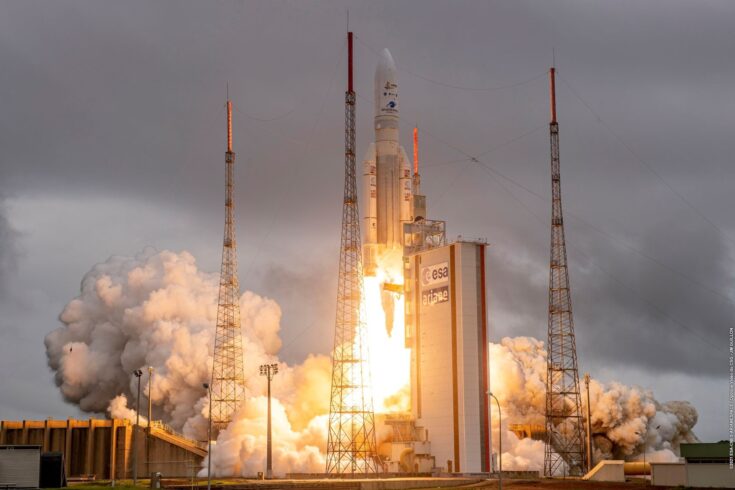 After the successful launch of the James Webb Space Telescope on Christmas Day, I look forward to the science this incredible telescope will help us discover.

The launch of the James Webb Space Telescope was incredibly exciting. I don’t think I was the only person holding my breath, watching in awe as Ariane 5’s rockets fired. We saw Webb blast off and power through our atmosphere as it headed for its new home among the stars.

I continued to watch its progress avidly, as it unfurled on its month-long trip of approximately one million miles until it settled into orbit at the second Lagrangian point.

The launch and the deployment of the sun shield and mirrors during its journey through space were vitally important stages and incredible feats of engineering. But perhaps the most exciting part of Webb is still to come: the science mission and discoveries we can expect over Webb’s lifetime.

This is the very reason so many across the world pooled their knowledge and resources, including:

A worthy successor to Hubble

Hubble was successful because it captured fantastic images of the universe and helped make many incredible discoveries. Soon we’ll be seeing even more spectacular images of the cosmos coming from Webb instead.

Webb sees at longer wavelengths compared to Hubble and is approximately 100 times more powerful for imaging at the same wavelengths. Therefore, astronomers can use Webb to make even more discoveries about the universe, building on the science Hubble has opened our eyes to.

It’s fantastically exciting for UK astronomers. Over 40% of observing proposals selected in a highly competitive process to take observations with Webb in its first year of operation have at least one astronomer from the UK involved.

My own area of study will be the deaths of stars and origins of dust in galaxies. Focusing on the beginnings and ends of a star’s life. With Webb I will be observing sites of massive star-formation in nearby galaxies, which have conditions resembling that of the early universe.

I will also be observing the stunning supernova 1987A which was a massive star that exploded 35 years ago and may be in the process of forming a neutron star or black hole. I expect this new data taken by Webb will be stunning and it will hopefully transform our understanding about the lifecycle of stars.

Though perhaps the most exciting discoveries will be the ones we can’t predict. The new areas of science and understanding Webb reveals throughout its mission.

Find out more about this remarkable telescope and the science mission.