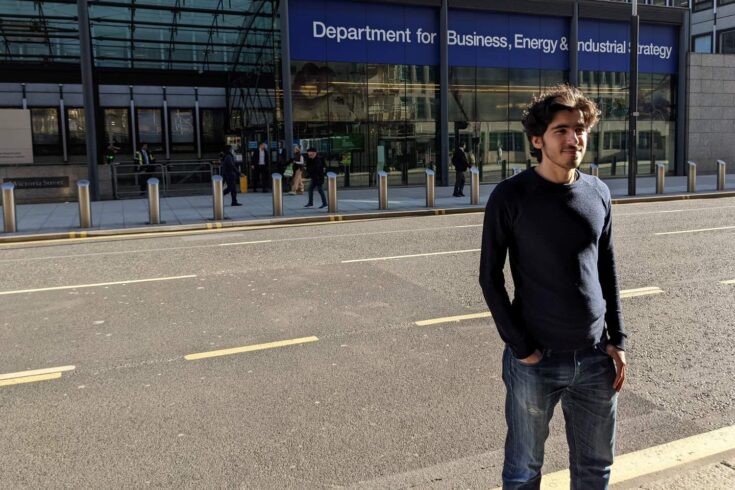 I had the pleasure of meeting Minister George Freeman to discuss how the government and the private sector can help to engage young people with STEM subjects.

I met George Freeman, Minister for Science, Research and Innovation in his office at the Department for Business, Energy and Industrial Strategy on the sunny afternoon of 17 March 2022.

The Minister’s office was more science-y than I would expect from a Minister:

His greeting was also as warm and cosy as his office. We sat down on the sofa and talked everything science, technology, engineering, and mathematics (STEM), games and education.

My science and innovation journey

He started by asking me what I studied and how I ended up making video games. To which I explained that I studied physics at two of the best universities in the UK. However, midway through my PhD I realised I wanted to have real societal impact beyond merely research.

This inspired me to participate in a university-wide startup competition happening at Imperial College, for which I won the runner-up prize.

After that, I gained the confidence to leave academia after completing my PhD and started my own venture. I teamed up with a friend and we worked on validating the idea of developing a multiscale simulation platform for materials. The venture eventually failed due to technical challenges and lack of market pull.

After that, my co-founder and I went our separate ways. I founded UnifiQ Games, initially with the ambition to create a deep-learning model that could predict material properties from their compositions.

We also faced many challenges with bringing this technology to the market. So we pivoted into games, and used the technology as a core gameplay mechanic to teach players about:

Since then, we have experimented with the design of our game Operation Outsmart and validated many hypotheses through multiple rounds of playtesting.

Operation Outsmart is now at the alpha stage.

Improving the accessibility of STEM

The Minister also asked about how Innovate UK has supported this work. To which I replied, when I applied to the Young Innovator Award, I knew I wanted to make STEM subjects more accessible, especially to females and young people. I was thrilled to be granted the award as one of the 63 awardees in the 2021 to 2022 cohort.

The program has significantly helped me tackle challenges in growing my business.

The Minister asked me what advice I would give to young people wanting to pursue STEM for A-levels. I said they should:

Tackling the challenge of women’s under-representation in STEM

Lastly, I asked the Minister about the biggest issue with STEM learning in the UK. The Minister talked about how STEM is generally under-represented by women worldwide, and how the government is trying to tackle this challenge.

I explained how we are tackling this problem through designing Operation Outsmart with specific:

This is done to engage more female players with STEM subjects.

My conversation was followed by a round table with four other young innovators, two of whom were also Young Innovator awardees.

We talked about how the UK can become one of the main hubs for innovation. We also talked about the challenges that are in the way of innovators bringing their ideas to life.

We also discussed the importance of role models for the younger generations and inspiring the next generation of young innovators. 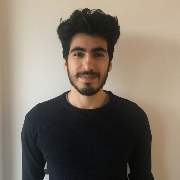 Seyed is a graduate of physics from University of Cambridge and Imperial College. After completing his doctoral degree, he set foot on an entrepreneurial journey.

Founding UnifiQ Games in 2020, Seyed and his team are building a physics-based sandbox game to increase engagement with science, technology, engineering and maths subjects.