Eureka! The north-west is getting a brand new STEAM attraction 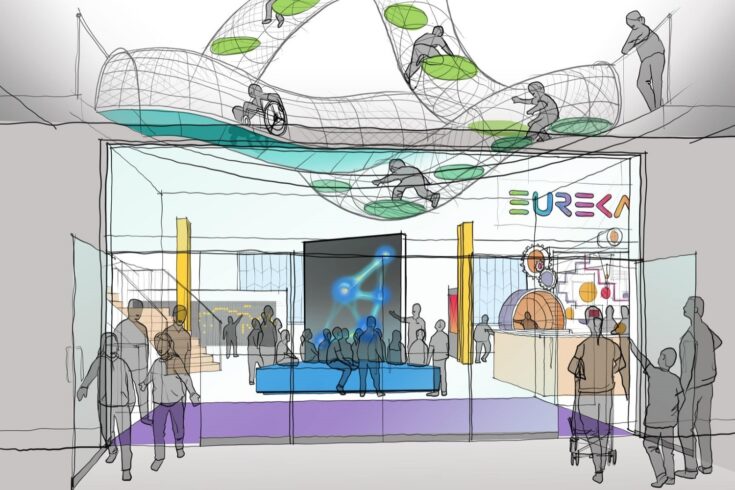 The national children’s centre Eureka! recently announced plans for a brand-new outpost, Eureka! Science + Discovery, which is going to be based in Wallasey in the north-west.

When it opens in the summer of 2022, Eureka! Science + Discovery will be a hub to inspire young people about science, technology, engineering, arts and maths (STEAM) subjects.

As you can imagine, the public engagement team here at Science and Technology Facilities Council (STFC)’s Daresbury Laboratory are excited to have this great new facility practically on our doorstep.

The centre has been working with local partners for some time now, to develop content that represents the science and technology found in the north-west region.

We were keen to get involved as it is a great opportunity to boost the awareness of Daresbury Laboratory with our region’s young people. So we signed up to support them in late 2017, along with others such as:

Since that time, myself and other lab colleagues have been attending project meetings, but we have also been really hands-on in our involvement.

In order to inject some Daresbury flavour, we worked with Eureka! and students from Mosslands School and Oldershaw School for a series of co-creation days in 2018.

Hosted here at Daresbury Laboratory, the theme of the event was big data and high performance computing. We took the students on a tour of the Hartree Centre machine room and introduced them to:

The students then had to undertake a paper exercise to design their own app, the purpose of which would be to ‘make life easier’.

We welcomed the students back a couple of months later. We introduced them to Arduinos and a series of coding challenges, before encouraging them to revisit the app plans that they developed and present their work to their peers.

The co-creation events were a new way of working for us and it was a challenge.

We adapted existing activities and developed some brand-new ones, as well as utilising the expertise of our colleagues from both the Hartree Centre and the Scientific Computing Department. They demonstrated a number of applications for high performance computing.

We also came up with new creative ways to engage with young people such as a silent tour of the Hartree Centre machine room. It utilised an eight-way thinking tool to tease out the student experience.

It was great to see how well the pupils engaged with the sessions, the enterprising style to the activities we ran. It reinforced to us that this is a useful approach when engaging children with more complex ideas and technology as it encourages children to take ownership of the tasks set.

The ‘exclusive’ feeling of the tours and ability to meet the staff worked very well. The children were very much young VIPs! 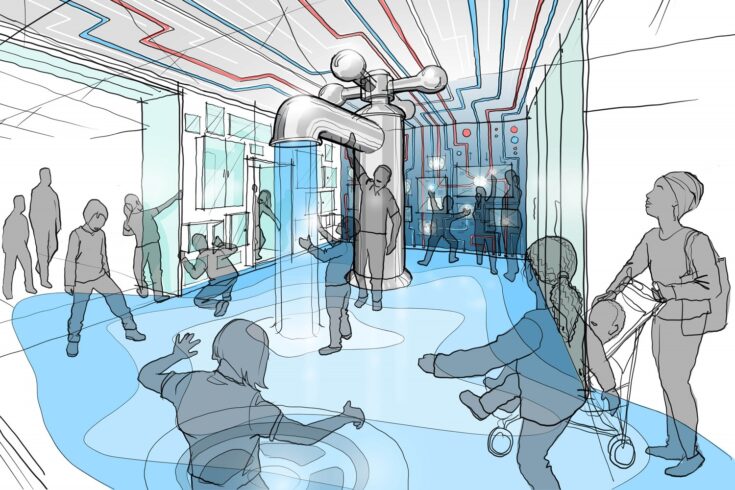 These co-creation events are crucial to the museum planning process, and we have had follow up sessions to reflect on the activity and feedback we received.

Eureka! is hoping to attract families with children aged 6-14 (as well as an area for those younger). So who better to ask what should be included in the museum than those who will be visiting.

Counting down to the opening

Eureka! is developing some really exciting exhibits, and we are excited to see where the outputs from these co-creation sessions have fed in.

Seacombe Ferry Terminal is going to be buzzing with excitement when it opens next year. I can’t wait to see what the young people make of it all!

Children and young people will learn that the exciting science and technology which they see in the attraction is being developed or used right here in the north-west. It means that they could even be working with it when they are older.

If like me you are already planning your trip to Wallasey, then Eureka! has created a little teaser video to hint at what is to come.

I am sure that Eureka! Science + Discovery will inspire thousands of young people to get excited about science and technology.

And who knows, maybe in a few years we will start to see staff coming through the doors at Daresbury Laboratory. Or even an astronaut in space, because of a day out at Eureka! Science + Discovery.

When that happens, I will be very happy indeed.