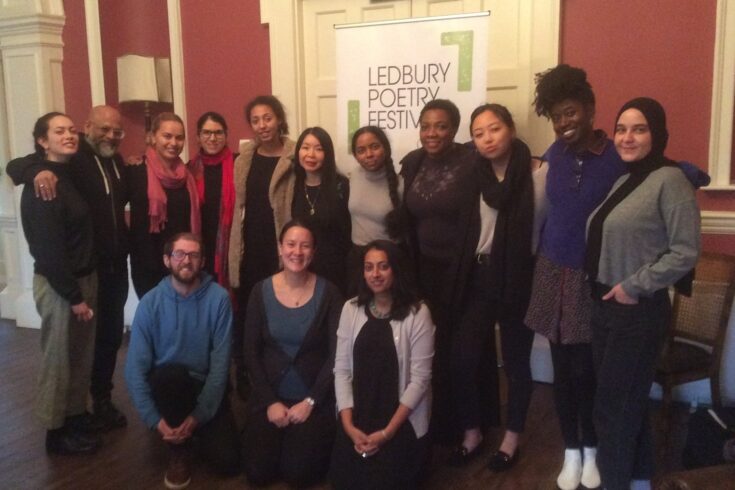 Professor of English Literature at the University of Liverpool

From 2009 to 2016, only 4% of reviews in newspapers and magazines were written by people of colour. Ledbury Poetry Critics was established in 2017 to address this imbalance.

When Sarah Howe and I co-founded the Ledbury Poetry Critics programme in 2017, we chose eight reviewers via application. We hoped that, given the unbelievable statistic that only 4% of reviewers were people of colour, newspapers and magazines would clamour to commission these brilliant new critical voices.

How was it possible that so many reviewers were white and male, when British poetry had long shrugged off its monoculture? Was it the case that editors simply didn’t have access to critics of colour?

Years of mentorship, visibility, access and sheer persistence on the part of the programme’s now 30 critics have certainly paid off: 4% rose in 2019 to 10% and is still rising. But, more importantly, a sea change has occurred in British poetry criticism.

It is now widely acknowledged that with an increase in poets of colour writing and publishing must come reviewers who are attentive differently to the nuances of race, belonging, subjecthood and voice as well as the bread and butter of textual poetic analysis. And that critical interventions should be made by those who a poetic culture reflects, not just a fraction of society.

The reviewer’s power to determine cultural and literary value must not be left to the same few (mostly male, mostly white) voices.

We embarked on an ambitious programme of public events, an expanded EDI data self-reporting system for publications to monitor the diversity of their critics. The programme enabled deeper, critical analysis of how best to ensure that reviewing is open to those from a range of racial backgrounds, is inclusive and communal.

An event on the language of reviewing in partnership with the Royal Society of Literature raised urgently the question of how we as readers decolonise our critical understanding of literary traditions in English. An episode of BBC Radio 3’s Free Thinking, which I presented, interrogated how ‘innovation’ in poetry is often seen as the preserve of whiteness.

Reviewing poetry in translation (and its crucial role in expanding our view of poetry’s global aesthetic and social functions) was the subject of a panel discussion with the Scottish BAME Writers Network. And how we may or may not see the ‘author’ behind the text (how this might be influenced by race, gender, sexuality) was the focus of a discussion led by Spread the Word.

Our full cohort of 30 critics will attend a residency in April 2022 in Ledbury. At the residency, ongoing workshops with editors and critics from across the globe will culminate in what we hope will be new ways forward, new paths for critics of colour.

How might we change not just who is reviewing poetry but how poetry is reviewed? What do we really want from critical culture? These questions are among those at the forefront of our collective minds as we forge ahead into livelier, more inclusive and bolder criticism.

Critics of colour, like poets of colour, are staking their claims on a shared literary inheritance, language and future that is irreversibly theirs. 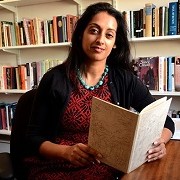 Professor of English Literature at the University of Liverpool

Sandeep Parmar is Professor of English Literature at the University of Liverpool.