Building for the future at the Rutherford Appleton Laboratory 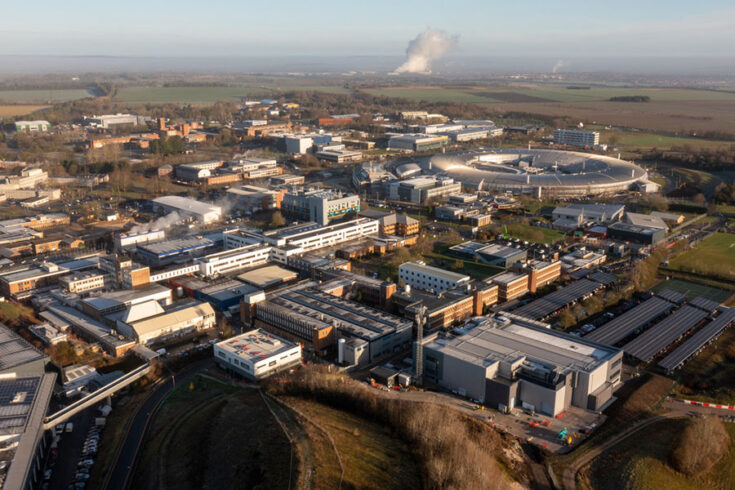 £117m to be invested in world-class facilities in Oxfordshire to help researchers tackle questions in physics, life and environmental science and medicine.

The new investment will go towards projects at the Science and Technology Facilities Council’s (STFC) Rutherford Appleton Laboratory (RAL). The funding, by UK Research and Innovation (UKRI), is part of a £481 million investment in cutting edge research infrastructure across the UK.

UKRI is a non-departmental public body of the UK government charged with investing more than £8 billion a year in UK science, research and innovation.

Scaling up infrastructure for people and planet

Every day, technicians, engineers and scientists at RAL, based at the Harwell Science and Innovation Campus, address crucial challenges facing society with pioneering work in areas such as:

From investigating the origins of unconventional superconductivity to exploring the structure of Rolls Royce jet engine blades, projects at RAL tackle the scientific and engineering challenges of tomorrow. The new £117 million fund will support both existing and upcoming RAL facilities in this enterprising endeavour.

Looking into future funding years, UKRI is expecting to invest more than £450 million in these RAL projects where several UK national research facilities are based.

The five funded projects at RAL will strengthen international capability and transform UK expertise across the areas of physics, life and environmental science and medicine.

Scientific and technological innovations fuel economic growth and reshape people’s lives every day. To compete on the world stage requires world-class research infrastructure to enable our researchers and innovators to flourish.

The major facilities at RAL have a long history of fostering innovation. The new support through the UKRI Infrastructure Fund means that RAL will continue to develop our largest-scale research infrastructures, providing a world-class foundation that will enhance the UK’s reputation as a research superpower.

The facilities at RAL work to tackle some of science’s biggest challenges, from studying the building blocks of life to gaining unique insights into the properties of materials on the atomic scale.

The investment by the UKRI Infrastructure Fund will enable STFC to make a series of strategic investments into the UK’s science facilities at RAL that will deliver significant scientific impact across several key research areas, such as advanced manufacturing, biosciences and healthcare, materials science and clean energy.

Over £500 million upgrade to the Diamond Light Source with a contribution of £296.6 million allocated from the Infrastructure Fund

The vast 561 metre ring-shaped facility harnesses the power of electrons to produce an intense beam of light that can be used to study atoms and molecules in incredibly fine detail.

To date, Diamond has enabled ground-breaking scientific achievements, including:

UKRI has announced a new investment of £81.5 million over the next three years to continue initial work towards the Diamond-II upgrade programme. When complete, this will open up new pathways for materials research and drug development and offer real-time insights into processes such as advanced manufacturing and the performance of next-generation batteries.

Endeavour: next generation capability for the ISIS Neutron and Muon Source

£3.4 million over the next three years, £73.5 million from the Infrastructure Fund in total including future funding years

Endeavour will provide new instruments and significant upgrades of several others at ISIS, a national multidisciplinary facility at Harwell Science and Innovation Campus in Oxfordshire. ISIS uses pulses of particles called neutrons and muons to study the structure and dynamics of materials on the atomic scale. 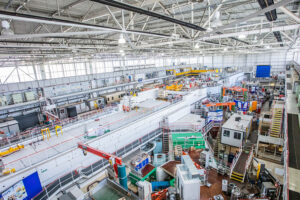 The ISIS Neutron and Muon Source has been involved in exciting scientific projects, such as:

The Endeavour instruments will allow ISIS to explore new science within areas such as biosciences and healthcare, and clean energy technologies, as well as helping to develop the new materials of the future. The instruments will further ISIS’ international reputation, attracting global talent and encouraging further international investment.

£19.7 million over the next three years, £59.7 million from the Infrastructure Fund in total including future funding years

This enhancement will enable the UK’s high energy density science community to study the physics of materials under the most extreme conditions, delivering cutting-edge science in a previously unexplored regime.

The new facility will contribute to, for example:

£8.6 million over the next three years, £17.2 million from the Infrastructure Fund in total including future funding years

HiLUX is a major upgrade of the ultrafast laser and infrared spectrometer infrastructure at STFC’s Central Laser Facility.

This investment will extend and enhance the UK’s capabilities in ultrafast spectroscopy. This is a technique that uses sequences of ultrashort light pulses to study processes in atoms, molecules, or materials that occur in millionths of a billionth of a second or faster.

Taking advantage of recent developments in advanced laser, detector, and computational technology, HiLUX offers a unique opportunity for UK academia and industry to move beyond the current limit of existing technology. This greatly increases sensitivity and data quality, and enables new research in many areas, including:

£3.9 million over the next three years, £5.1 million from the Infrastructure Fund in total including future funding years

The ISIS Neutron and Muon Source produces beams of neutrons and muons that allow scientists to study materials at the atomic level using a suite of instruments, often described as ‘super-microscopes’.

This scoping funding will enable initial feasibility and design studies on the high-level parameters, proton driver and target system architectures, and sustainability considerations required to develop a next generation facility in decades to come.