An Urban Futures Lab: a net zero vision from 18 to 24 year olds 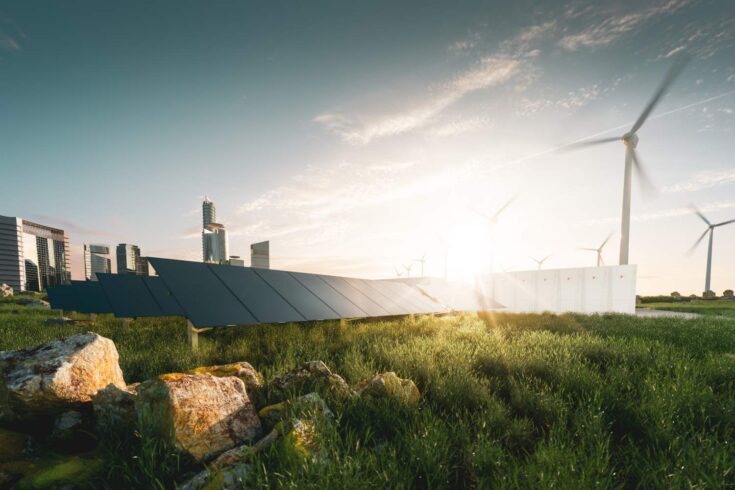 As inheritors of our towns and cities, young people need a voice in their development. An ‘Urban Futures Lab’ has helped us understand what matters to them.

Effecting change in the activities and behaviours of people living in urban areas is going to be critical to the UK achieving net zero by 2050. After industrial activity, transport and domestic emissions are the next two largest contributors to carbon emissions in the UK.

Careful and considered urban planning therefore has the potential to transform towns and cities into vital spaces for change, through encouraging more sustainable interactions between humans and the environment they travel, work, live and relax in.

Currently, it tends to be government bodies, business and academia that have the greatest influence over strategic priorities relating to urban systems. But young people are the ones set to inherit these places and will live with the consequences of decisions being made now.

Enabling young people to inform the development of these spaces in the future is not only the right thing to do, it is key to their successful delivery. Saying this, BritainThinks’ conducted a survey of 200 young people that found just 34% agree their voice is heard or represented in town planning decisions.

So it has never been more important to find ways of inspiring young people to get involved in shaping the decisions that affect the places they live and work in.

In response to this challenge, UK Research and Innovation, Innovate UK, along with BritainThinks, created an ‘Urban Futures Lab’ to engage young people on the topic. The lab comprised of 50 18 to 24 year olds from eight towns and cities across the UK. We prompted participants to engage deeply with their current urban environments before working together to develop a shared vision of a net zero future.

We took a hybrid approach combining online and in-person engagement. We ran an online community with diary tasks, vox pops and learning modules created by members of our specialist group and face-to-face workshops in our participants’ home towns and cities.

The lab generated 10 ‘principles of urban design’, grounded in what mattered to them and where they had identified a need for change.

Climate change and urban systems through the eyes of young people

Climate change is seen as an important issue amongst young people. 89% of those surveyed gave a score of seven or above when asked to rate the importance of reaching net zero emissions by 2050 to combat climate change (on a scale of one to 10).

Interestingly though it is not the primary lens through which young people view their neighbourhoods or their wider urban environments. Instead they tend to see climate change as being a ‘global issue’ rather than something with tangible impacts on a local level. For the participants on our panel, the way a place looks and feels was far more resonant.

However, the information we provided and the questions we asked them prompted them to consider the role that urban systems do and can play in tackling climate change and other environmental issues. Becoming more aware of this strengthened the view that there is a need to get the ‘basics’ such as energy, recycling and transport right.

But it remained predominantly important that the towns and cities they call home are easy and pleasant places to live in. Their vision of the future city was not ‘bent around’ hitting a net zero target, but about creating joyful, clean and people-focussed places to live that have sustainability baked into their design.

The change they want to see absolutely has net zero benefits, but lifestyle and functionality ones too.

The need for change

Through their diary tasks participants in the lab told us how much they hated litter, vandalism, lack of green spaces and air pollution in their urban environments. And it was very often their interactions with wildlife, visiting a park or breathing in fresh air in a natural environment that made them smile or feel relaxed as they went about their daily lives.

A young person from Swansea said:

The fresh air, sound of the waves and the plenty of places to sit on the beach. It’s nice to get a coffee and sit and have a chat in the sun.

Young people also bemoaned the lack of amenities and community facilities that enable people to get together in public spaces. They said, ‘a lack of things to do’, a feeling that their town or city centre was ‘tired and run down’ and the visibility of homeless people on their high streets were all things they wanted to change.

A young person from Taunton said:

Opposite the park was a community hall for the town. I noticed that the building looked very run down and tired and made me feel sad that our town hadn’t put any funding into the building that helps our community and people the most.

We also heard that transport was especially important to the young people on the panel, as many were reliant on parents, friends and public transport to get about their local area. They found buses and trains both inconvenient and expensive, which meant they often felt limited in where they could or couldn’t get to. And they hated the congestion and pollution caused by cars.

After all these discussions, we asked the young people in the lab to come up with their very own ‘urban design principles’ that would shape the development of their town or city into a net zero future. These principles were deeply rooted in reflections of their current neighbourhoods and informed by the information we’d shown them in the online community.

They told us they wanted their urban environment of the future to:

Next steps for Innovate UK

This research has shown that not only do young people have a huge sense of pride for their local towns and cities but have some fantastic suggestions and visions for how we could achieve net zero. However, it has also revealed that the narrative for net zero is not engaging for this group.

As our plans develop for net zero places, we will build on this research. Solutions need to be user centric, deliver broader benefits to lifestyle and recognise the importance of local identity.

Throughout the research, young people consistently reiterated perceptions that they are not currently involved in conversations about urban planning. They also do not really know how to get involved. But there is a clear appetite, with 82% of young people surveyed agreeing that it is important to have a voice in such conversations.

In order to achieve net zero, engagement with people and businesses will be critical and the language that we use to deliver net zero solutions needs to be carefully considered.