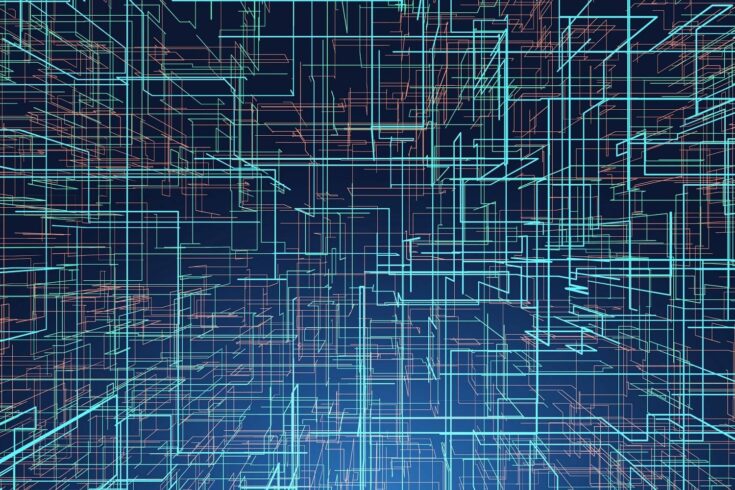 A new approach to quantum computing based on arrays of ultracold atoms can solve a range of real-world problems.

Digital computing has revolutionised modern life: from designing fuel efficient plane engines or forecasting the weather, to automating our homes. It’s helped us cope with a pandemic through video conferencing and online shopping. However, there remain a large range of problems that are hard, or indeed impossible, to solve using even the largest available supercomputers.

Within these hard problems, a subset exists that can instead be solved efficiently using an entirely different type of hardware known as a quantum computer. This includes commonly occurring problems such as optimisation, factorisation and modelling properties of materials and complex molecules, which are explained below.

Optimisation seeks to find the best available solution from all possibilities. Examples range from logistics problems such as route planning and traffic management, to a streaming platform trying to decide what film or boxset to recommend a user should watch next.

While there are a range of algorithms developed to make a good guess at an answer, these rarely correspond to the optimal solution as it’s not feasible to test all possible options.

Factorisation is the process of calculating a number as a product of several factors. The difficulty associated with factorising large numbers on digital computers is well understood, and is actually exploited as a part of the encryption protocols used to ensure the cybersecurity of internet banking.

This works because multiplying large prime numbers takes fractions of a second, but it’s estimated that the time required to reverse this process exceeds to the lifetime of the universe.

Modelling the properties of materials and complex molecules underpins fields such as quantum chemistry and material design, which currently rely heavily on approximate models and iterative experimental testing.

Simulating these physical systems using a device operating under the same laws of quantum mechanics provides a disruptive new approach to drug design and development of new materials. This could offer new insights to the physics of complex systems such as high temperature superconductivity.

These examples highlight areas where a quantum computer can unlock new potential applications, but how does this work?

What is a quantum computer?

A fundamental difference between current digital computers and quantum computers is how information is stored and processed.

Computers, such as smartphones and laptops, encode information in logical ‘bits’ with values of either zero or one that remain well defined at all times. To double the computational power of a computer, we need to double the number of physical bits.

A quantum computer instead encodes information in a quantum-bit or ‘qubit’, which can be placed in a superposition state allowing them to represent both ‘zero’ and ‘one’ simultaneously.

Using this principle of superposition, the number of possible states that can be encoded grows exponentially. This means that to double the computational power of a quantum computer, we simply need to add just a single qubit!

This means that with eight qubits we can encode all numbers between zero and 255, while a system of a few 100 qubits can encode more state combinations than the number of atoms in the known universe!

Because they can represent large combinations of states, quantum computers are well adapted to complex optimisation and factorisation problems. They can operate on all possible solutions simultaneously.

Simply having a large number of qubits is not enough. We also need to be able to couple the qubits together using the laws of quantum mechanics through a process known as entanglement. This is where the state of one qubit is conditional on the state of another. These qubit couplings are used to implement quantum gates, the building blocks for programming quantum algorithms, similar to NAND gates in digital logic.

During the computation qubits can be in many states simultaneously, but at the end of the computation we must perform a measurement to obtain the output state or solution. This forces the qubits to collapse to a single well-defined state of zero and one. In reality, this means running the same algorithm many times to find the most probable outcome.

While the benefits of quantum computers are understood, building a real quantum computer able to outperform current digital computers remains a challenging task. It requires large numbers of qubits which are protected from the influence of external noise sources that introduce errors and prevent the final output state accurately reproducing the correct solution.

To this end, a large number of different physical systems have been used as qubits. This includes the polarisation state of photons, superconducting circuits operating at microwave frequencies and strings of trapped ions.

Each system has its own strengths and weaknesses. For example, trapped ions are able to perform quantum gates with extremely low errors but are limited in the number of qubits that can be held together. Superconducting qubits offer very fast gate times but are unable to store quantum information for long periods of time.

Development of practical approaches to quantum computing is an area of intensive research both in academia and industry across the world. It ranges from activities within the UK National Quantum Technology Programme and National Quantum Computing Centre (NQCC) to commercial development by companies including Google and IBM.

Within my research group at the University of Strathclyde we are working to develop an alternative approach to quantum computing based on neutral atoms. This is part of an EPSRC prosperity partnership with M Squared Lasers.

Neutral atoms offer a number of advantages that make them a highly competitive route to practical quantum computation. They provide a source of identical, high-quality and low-noise qubits. Using the techniques of laser cooling and trapping it is possible to create arrays of hundreds or even thousands of qubits. This overcomes the barrier to scaling of other technologies and circumventing the requirement to use large cryogenic fridges.

To couple the qubits together, we promote the atoms to highly-excited Rydberg states. During this, they act like giant antenna, allowing one qubit to control the behaviour of its neighbours over length scales of up to 10 microns. (For scale, this is around 10,000 times larger than the size of an atomic qubit.) This technique enables low-error quantum gate operations required for implementing optimisation problems, and can be exploited to efficiently simulate correlated materials.

Neutral atom quantum computing is less mature compared to other technologies such as supercomputing circuits or trapped ions. However, recent advances in high-power, low noise laser systems have enabled rapid progress towards creating large scale devices. Our goal is to use this promising new platform to demonstrate practical advantages of quantum computing in solving real-world problems.

The fast pace of development and numerous potential applications that could be enabled using large-scale quantum computers make this a really exciting and dynamic field to work in. Over the next few years, my team hopes to be able to make these theoretical benefits a reality. 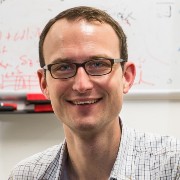 Dr Jonathan Pritchard is a Reader at University of Strathclyde and a former Engineering and Physical Sciences Research Council Quantum Technology Fellow.